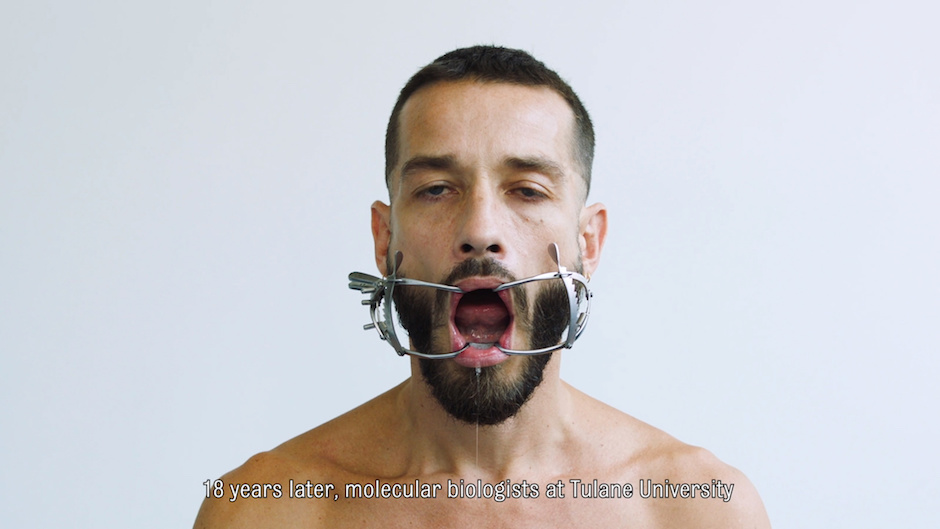 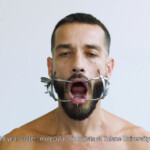 As humankind grapples with the overwhelming changes to daily life resulting from the COVID-19 pandemic, these films confront bodily and societal restriction as well as destruction with “radical gestures” unique to each artist. Expressing spiritual, physiological, and sexual freedom, these films allow the viewer the rare opportunity to transcend culture’s sovereign structures, conventions, and taboos.

David Wojnarowicz (1954-1992) was among the most incisive and prolific American artists of the 1980s and 90s. Wojnarowicz’s work has been exhibited at The Museum of Modern Art, New York; Museum of Contemporary Art, Chicago; The American Center, Paris, France; The Busan Museum of Modern Art, Korea; Centro Galego de Art Contemporanea, Santiago de Compostela, Spain; The Barbican Art Gallery, London; and the Museum Ludwig, Cologne. His work is in permanent collections of major museums nationally and internationally and his life and work have been the subject of significant scholarly studies. Wojnarowicz has had retrospectives at the galleries of the Illinois State University, curated by Barry Blinderman (1990) and at the New Museum, curated by Dan Cameron (1999). A third retrospective, “David Wojnarowicz: History Keeps Me Awake at Night”, co-curated by David Kiehl and David Breslin, opened at the Whitney Museum of American Art in July 2018. The widely acclaimed exhibition has been reviewed in Artforum, The Guardian, The New York Times, and The New Yorker, among others. The retrospective traveled to the Museo Reina Sofia, Madrid in May 2019 and to the Musee d’Art Moderne Grand-Duc Jean, Luxembourg City through February 2020.

Carolee Schneemann (1939- 2019) activated the female nude with a multidisciplinary practice that spanned sixty years and included painting, assemblage, performance, and film. She received a B.A. in poetry and philosophy from Bard College and a Master of Fine Arts from the University of Illinois. Originally a painter in the Abstract Expressionist tradition, Schneemann was uninterested in the masculine heroism of New York painters of the time and turned to performance-based work, primarily characterized by research into visual traditions, taboos, and the body of the individual in relation to social bodies. Although renowned for her work in performance and other media, Schneemann began her career as a painter, stating, “I’m a painter. I’m still a painter and I will die a painter. Everything that I have developed has to do with extending visual principles off the canvas.” Schneemann has exhibited worldwide, at institutions including the Los Angeles Museum of Contemporary Art; the Whitney Museum of American Art; The Museum of Modern Art, New York; the Tate Modern, London; the Centre Georges Pompidou, Paris; and The Reina Sofia Museum, Madrid. The comprehensive retrospective “Carolee Schneemann: Kinetic Paintings” recently traveled from Museum der Moderne, Salzburg (2015), to the Museum fur Moderne Kunst, Frankfurt am Main, Germany (2017) and MoMA PS1, New York (2018).

Carlos Motta‘s (b. 1978) multi-disciplinary art practice documents the social conditions and political struggles of sexual, gender, and ethnic minority communities in order to challenge dominant and normative discourses through visibility and self-representation. As a historian of untold narratives and an archivist of repressed histories, Motta is committed to in-depth research on the struggles of post-colonial subjects and societies. His work manifests in a variety of mediums including video, installation, sculpture, drawing, web-based projects, performance, and symposia. His work is in the permanent collection of The Metropolitan Museum of Art, New York; The Museum of Modern Art, New York; Guggenheim Museum, New York; Museo Nacional Centro de Arte Reina Sofia, Madrid; Museo de Arte Contemporaneo de Barcelona; Museu Fundaçao Serralves, Porto; and Museo de Arte de Banco de la República, Bogotá; among many other institutional, corporate and private collections around the world. Carlos Motta’s first 20-year career monograph “Carlos Motta: History’s Backrooms” will be published by SKIRA and distributed by DAP and Thames and Hudson in spring 2020.

Guadalupe Maravilla (b. 1976) is a transdisciplianary artist who was part of the first wave of undocumented children to arrive at the United States border in the 1980s from Central America. In 2016, as a gesture of solidarity with his undocumented father – who uses Maravilla as his last name in his fake identity – Irvin Morazan changed his name to Guadalupe Maravilla. As an homage to his own migratory history, and to that of others, Maravilla makes work that acknowledges the historical and contemporary contexts of immigrant culture, notably belonging to Latinx communities. Maravilla gained notoriety for his performances which are expansive and immersive, incorporating choreographed rituals, hand-made costumery, fusion music, smell, theatre, and audience participation. He currently lives in Brooklyn, New York, and Richmond, Virginia, where he is an Assistant professor at VCU. He received his BFA from School of Visual Arts, and his MFA from Hunter College in New York. He has performed and presented his work extensively in venues such as the Whitney Museum of American Art, Metropolitan Museum of Art, ICA Miami, Queens Museum, Bronx Museum, El Museo Del Barrio, MARTE (El Salvador), Central America Biennial X (Costa Rica), XI Nicaragua Biennial, Performa 11 & 13, Fuse-Box Festival, Exit Art, Smack Mellon, Rubin Foundation and the Drawing Center.

Hunter Reynolds (b. 1959) uses photography, performance and installation to address issues of gender, identity, sexuality, mourning, loss, survival, and healing. In his catalog essay for the 1990 exhibition “Drag”, which was republished in the exhibition guide for “From Drag to Dervish” at P·P·O·W last year, Gregg Bordowitz speaks to the enduring relevance of Reynolds’ art, remarking that this work “provides the opportunity for viewers to divest interests in the present order of sexuality and it invites us to take some new risks.” Reynolds was an early member of ACT UP and in 1989 co-founded Art Positive, an affinity group of ACT UP. He has presented solo exhibitions at White Columns, New York, NY; Artist Space, New York, NY; Participant Inc., New York, NY; Yerba Buena Center for the Arts, San Francisco, CA; and Hales Gallery, London. He has been included in group exhibitions at the New Museum of Contemporary Art, New York, NY; the ICA Boston, Boston, MA; the Hayward Gallery, London, UK; Aldrich Museum of Art, Ridgefield, CT; and DOCUMENTA, Kassel; among others.