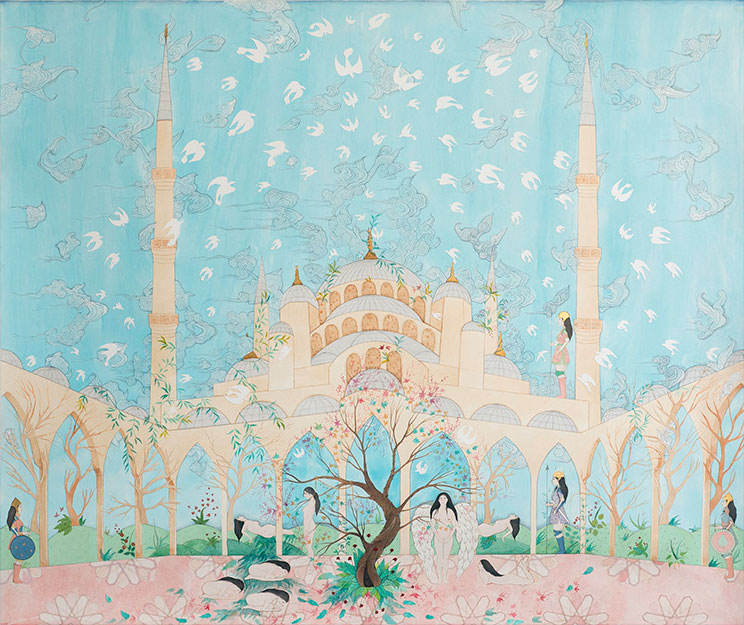 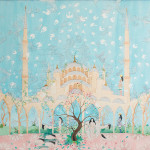 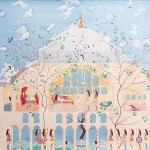 Trained in the traditional art of miniature painting in her native Pakistan, Schahbaz re-examines the centuries-old art form, from the female perspective of a South-Asian contemporary artist living in New York. Often using herself as the protagonist of dreamlike narratives, Schahbaz presents a series of works on paper that merge current iconography and traditional techniques. Her lyrical mythologies evoke a sense that is both empowering and melancholic, sensual yet dark.

In “Hanged with Roses,” a 12 by 10 inches piece from 2014 (and the title of the exhibition) Schahbaz portrays her own nude figure hanging from a noose. The hanged figure reappears in several other works in the show, but the protagonist seems to be unaffected by gravity, her eyes are open and her head held up, she is passive but death defying, she is invincible. This notion of empowerment is in dialog with Schahbaz’s own past growing up in Pakistan while invoking larger socio-political concerns and women issues at large.