Hynek Martinec – The Birth of Tragedies 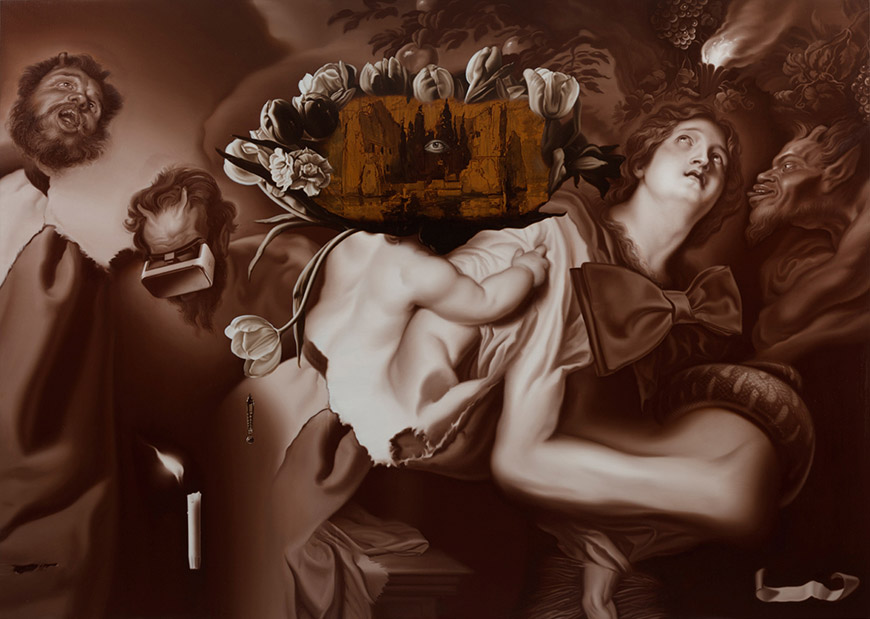 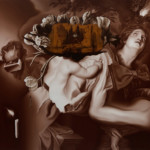 Hynek Martinec’s second solo exhibition at Parafin develops his work’s ongoing engagement with art history and his search for visual connections between diverse historical moments. Martinec’s paintings and drawings explore ideas about time, history, reality and spirituality, often appropriating imagery from vintage photographs and the Old Masters, and these new works have been developed in response to an invitation from the National Gallery in Prague to respond to the museum’s Baroque collection.

The exhibition includes both paintings and drawings. The upper gallery is devoted to Martinec’s technically extraordinary hyperrealist paintings. These grisaille works address different registers of reality by bringing together historical and contemporary references. Martinec’s works seem to suggest that multiple realities – including the present and moments from history – can potentially exist simultaneously. Thus motifs from Van Dyck, Zurbarán and Rubens are interwoven with references to a contemporary technologically-enabled media-saturated reality. In “Circus of Nightmares” (2017) a Van Dyck Satyr wears a Virtual Reality headset, while in “The Boat on The Moon” (2017) an ultrasound image of an unborn baby appears to float in a void next to a scroll bearing the signature of Zurbarán. In the lower gallery a selection of Martinec’s recent drawings appropriate imagery from Old Masters and vintage photographs and combine them with the instantly recognisable signatures of great artists including Picasso, Degas and Duchamp. That the images and signatures do not match suggests a strange hybridity but also hints at the ongoing mechanism of artistic influence across time.

The title of the exhibition is drawn from an important early text by Friedrich Nietzsche. In “The Birth of Tragedy” (1872) Nietzsche argues for an immersive form of art, emphasising the passionate Dionysian above the rational Apollonian. For Martinec, Nietzsche is also important for his radical critique of Truth as well as the existence of God. Martinec’s work demonstrates his conviction that ‘truth’ is a fluid concept, constantly changing. And in the present historical moment, at a time of conflict and unrest, Martinec’s use of the plural ‘tragedies’ implies an unsettling currency.

Hynek Martinec (born Broumov, Czech Republic, 1980) lives and works in London and has exhibited extensively internationally. Recent solo exhibitions include “Hybrid”, The Factory, London (2016), “Intellectual Properties”, Vaclav Spala Gallery, Prague (2015) and “Every Minute You Are Closer to Death”, Parafin, London (2014). Important recent group exhibitions include “Fascination with Reality”, Olomouc Museum of Modern Art (2017), the John Moores Painting Prize 2014 at the Walker Art Gallery, Liverpool, as part of the Liverpool Biennial (2014), “Beyond Reality: British Painting Today” at the Galerie Rudolfinium, Prague (2012) and the Prague Biennial (2009). He was included in the BP Portrait Prize exhibition at the National Portrait Gallery, London in 2007, 2009 and 2013, winning the Young Artist award in 2007. Martinec’s work is in private and public collections internationally including the National Gallery, Prague and the British Museum, London.

Martinec will have a major solo exhibition at the National Gallery in Prague in November 2017.