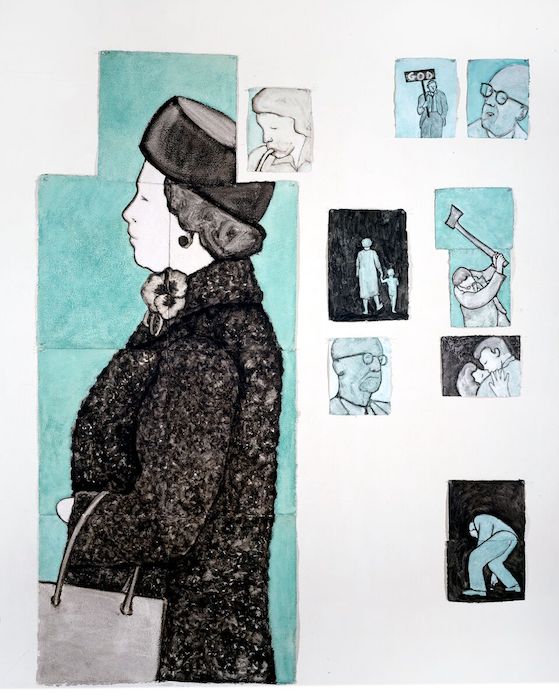 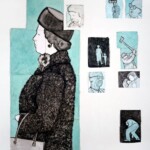 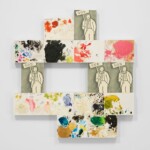 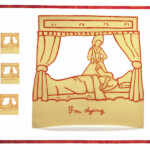 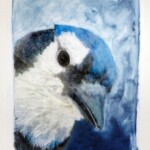 Feminist pioneer Ida Applebroog has consistently explored the interconnected themes of power, gender, politics, and sexuality throughout her career. Over the past six decades she has navigated an in-depth inquiry into the polemics of human relations, dissecting and reassembling the world around her spanning diverse mediums and modes of display. The forthcoming exhibition consists of highlights travelling from the artist’s largest survey to date at Museo Reina Sofía, Madrid, alongside important new works created over the past year. Now in her 90s, the comprehensive survey speaks to Applebroog’s radical introspection as a woman and an artist, presenting life as it is and the repetitive patterns of our existence.

The exhibition opens with a collection of archival photography and technical notes relating to biomorphic sculptures dating from 1969 until the early 1970s. The sculptures constructed from muslin, shredded foam and rubberised cheesecloth were in part influenced by Claes Oldenburg and highlight Applebroog’s early approach to performance-based works on a human scale. The works of this period were never publicly displayed and were created shortly after the artist’s self-admittance to Mercy Hospital San Diego in 1969, following a period of deep depression and convalescence. The original form of the sculptures reminded Applebroog of a lifeboat. She later commented ‘It had two openings in it, and you could sit in it like a lifeboat. I used to sit in it and paddle away. It was just my little joke to myself.’ It was at this time the artist dropped her married name (Horowitz) and maiden name (Applebaum), conceiving of a new surname, Applebroog, seeking to represent the very deepest part of her being and outline her true artistic identity.

Performance continued to assume a central role in pieces such as ‘Galileo Chronology’ (1975) and the ‘stagings’ that Applebroog developed from 1975 to 1977, acting as a precursor to a series of three self-published books titled ‘A Performance’ created between 1977-81. The cartoon-like images presented in succession are evocative of flipbooks or film stills, incorporating text with a sequential narrative. The viewer finds themselves in the middle of a disjointed theatrical dialogue with dreamlike disorientation, intimate scenes appear to have no beginning nor end. The characters are alienated from themselves yet desperate to communicate to others, trapped in monotonous routines imposed on them by social conventions.

From the early vignettes to the later assemblage paintings and interactive installations there is an immediacy of engagement between Applebroog and her audience. ‘I see by your fingernails that you are my brother’ (1969-2011) is a multi-faceted work previously exhibited at documenta 13. The installation invites the viewer to become an active participant once again, drawing attention to the never-ending crossover between fiction and reality and the lapses in communication that divide us. A combination of imagery and text pulled from the artist’s personal journals, as well as conversations recorded from popular media and TV are presented across wall-based works, cardboard boxes, racks and tear sheets. Applebroog’s journals surface periodically throughout her practice, giving voice to the silence that had shrouded her since childhood and acting as a primary stimulus for many significant works.

In the early 1990s, Applebroog reached her full painterly force with the ‘Marginalia’ series, manipulating multiple canvases in a precarious spatial dynamic. Balanced on top of one another, leaning against walls or laid flat on the floor, the canvases are conceived as fragments of room-sized installations. Applebroog draws the viewer into enigmatic scenarios, juxtaposing seemingly normal everyday imagery with the absurd, verging on sinister. Illuminating interchangeable and conflicted relationships between women and men, child and parent, doctor and patient. Similarly, ‘Variations on Emetic Fields’ (1990) consists of an assortment of fragmented compositions, inviting a plurality of interpretations and providing multiple layers of meaning due to the visual context of the presentation. The complex works are simultaneously disturbing and familiar, critiquing relationships of power and systematic dysfunction.

From 2016, Applebroog became captivated by ornithology and John James Audubon’s skill at merging art and nature. Works from the ‘Angry Birds of America’ series provide viewers with analogs for the underlying amalgam of violence and beauty that exist in the world around us. The paintings, drawings and sculptures were developed during a time of grief and rage, expressed with new intensity in American politics and the Trump era. Alongside these paintings are new mixed media works created throughout 2021. Paint palettes, collected over many years in the studio, are repurposed to highlight recurring motifs from various stages of Applebroog’s oeuvre, combining a mastering of framing and fragmentation to invite the viewer to construct their own meaning and associations. With these works she deconstructs the traditional, symmetrical shape of the canvas while transforming the work’s individual elements and reassembling them as a gestural collage. Emotionally disruptive and unflinching in their presentation, the works demonstrate Applebroog’s capacity for limitless visual experimentation, balancing disparate elements of contemporary social thought that are timeless in their poignancy.