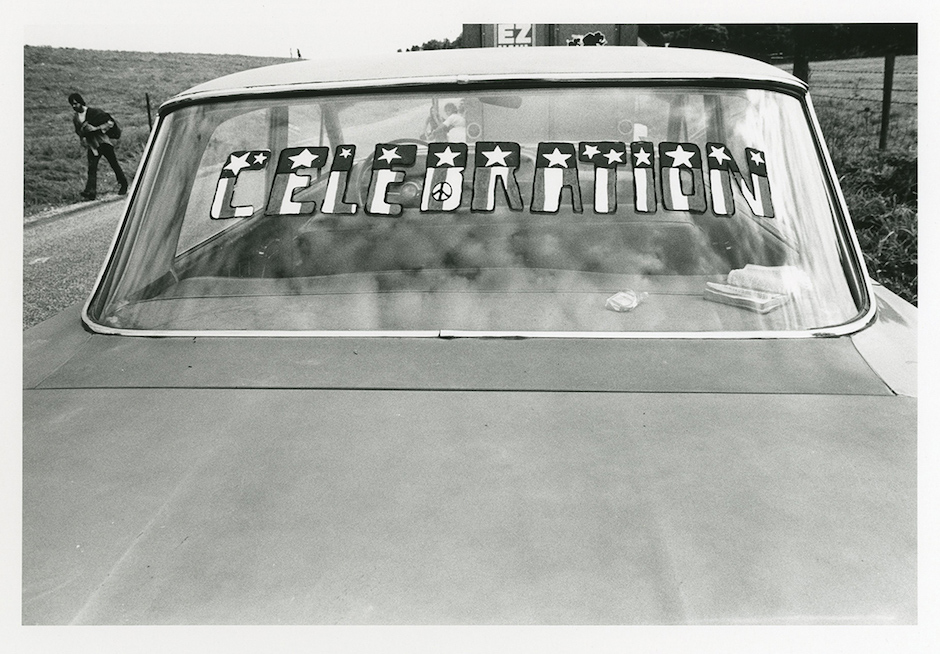 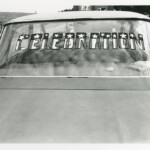 Taka Ishii Gallery Photography / Film is pleased to present “Celebration of Life,” an exhibition of works by Ikko Narahara. Having made his sensational debut with “Human Land” in 1956, Narahara traveled through Europe in the 1960s and United States in the 1970s, and captured, with a uniquely broad perspective, “Sights of Civilization” — various aspects of civilization as he saw it in the numerous locales he encountered on his journey. With his “personal document” style rich in poetic sentiment, he pioneered a new era in Japanese photographic history. This exhibition will feature 21 photographs from Narahara’s series “Celebration of Life”, which he shot between June 23 and 27, 1971 at an outdoor rock festival in McCrea, Louisiana.

In this book, I focused exclusively on the [festival] participants living their everyday life. I probably did so because I’d headed to the festival in the first place to spend a few days living with fellow fans of rock and country music. Beyond that, I thought that it would be wonderful if I could confirm my presence as a participant by shooting photographs. I must have shot the photographs because there was a part of the photographer’s spirit still alive inside me. I didn’t, however, want to ruin my experience as a participant by making photographs. If that had happened, my trip and my photographs would have become worthless. With this book, I was able to strike a fine balance between being a participant and a photographer.

I was there living with the participants as one of them. This is a portrait of the time we shared. (Ikko Narahara, “Celebration of Life”, The Mainichi Newspapers Co.,Ltd, 1972, p.91)

The music festival “Celebration of Life”, held in what is called “the Deep South” of the U.S.A. in McCrea, Louisiana in June 1971, was inspired by the great successes of the “Monterey Pop Festival” (California, 1967) and “Woodstock” (New York, 1969) held during the “Summer of Love”. While “Celebration of Life” drew 60,000 participants from across the country, it was also troubled by extreme heat, protests from local authorities and residents, a lack of adequate hygiene facilities, and a three-days-late start. In his series of the same name, Narahara frankly and carefully captured the festival participants, who came together to enjoy the music and confirm their shared wish for peace, as a fellow participant. He empathized with and photographed the youth, who escaped reality for a few days of country life and music to live freely in a temporary community that would disappear at the festival’s end. Narahara saw their life as a glorification of freedom and his photographs richly capture the golden era of rock festivals, which began in the late 1960s and lasted through the 1970s.

Ikko Narahara was born in 1931 in Fukuoka Prefecture, and passed away in 2020. His father, a prosecutor, frequently relocated for work; this meant that Narahara spent his adolescence living in various places throughout Japan. At the time that Narahara began photographing, in 1946, he was also interested in art and literature. He graduated from Chuo University with a degree in Law in 1954, and he later entered the master’s program in Art (specializing in Art History) at Waseda University. In 1955, he joined the innovative artist group “Jitsuzaisha” (Real Existence). This group was headed by Masuo Ikeda and Ay-O, and it also gave Narahara the opportunity to deepen his connection to Shuzo Takiguchi, as well as other artists like Tatsuo Ikeda and On Kawara. At the same time, he also came to know Shomei Tomatsu and Eikoh Hosoe. In 1959, together with other photographers, these three formed the independent photo agency VIVO, which dissolved in 1961. Narahara went on to photograph various places around the world while basing himself in Paris (1962-65) and New York (1970-74). Aside from his numerous exhibitions, Narahara has also published many photography books, finding a favorable reception abroad. Major exhibitions include “Human Land,” Matsushima Gallery, Tokyo (1956), “Ikko Narahara,” Maison Européenne de La Photographie, Paris (2002-2003) and “Mirror of Space and Time: Synchronicity,” Tokyo Metropolitan Museum of Photography (2004). Major awards include the Japan Photo Critics Association Newcomer’s Award (1958), The Ministry of Education, Science and Culture’s Art Encouragement Prize (1968), the Mainichi Arts Award (1968), the Photographic Society of Japan Annual Award (1986) and The Medal with Purple Ribbon (1996).