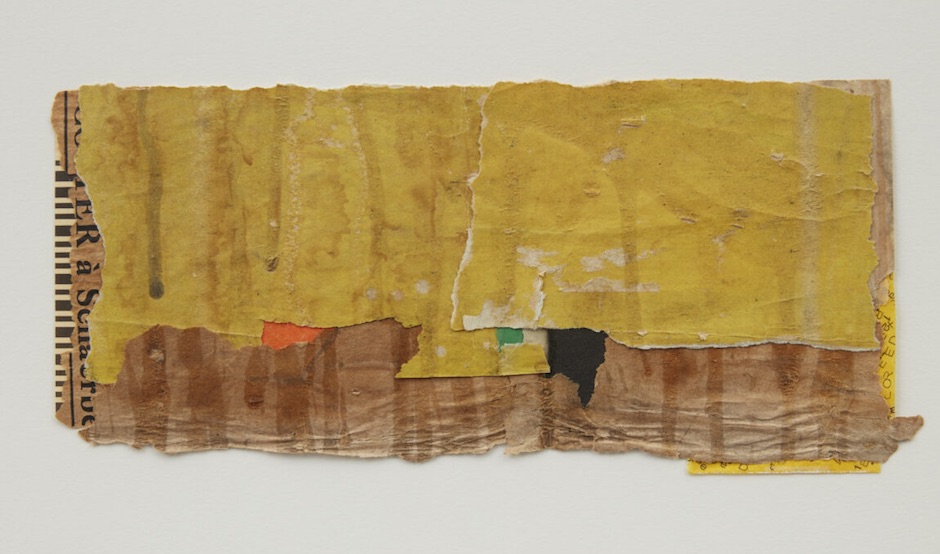 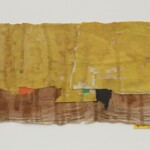 Klaus von Nichtssagend Gallery is pleased to present a show of works by the late artist Irwin Kremen (1925-2020). This is the first exhibition of Kremen’s work since his death in February 2020 at the age of 94. The show will make use of both spaces within the gallery and will feature a range of collages and sculptures made between 1967 and 2009.

While Kremen’s exquisite collage works stand on their own – purely abstract and without outside reference – connections to the artist’s life, environs, and network of friends can be gleaned from their manner of composition, paronomastic titles, and historical provenance. Kremen’s lifelong and close relationships with artists, writers, and composers including MC Richards, John Cage, David Tudor, Merce Cunningham, and Bill Noland and their practices, provide context to his own artistic and conceptual thinking. In addition to collage work, Kremen’s metal and wood sculptures will be on view, showing expanded visual bonds between his interest in abstraction and forms of figuration from the prehistoric to the modern.

Irwin Kremen’s art-making began relatively late in life, at the age of forty while a professor of Psychology at Duke University. Years of sabbatical and summer pilgrimages to sites of Europe’s prehistoric cave paintings, Renaissance altarpieces, and modern art exhibitions, along with visits to the studio of his friend the artist Italo Valenti (1912-1995) led Kremen to composing his own abstract works out of found papers and other disparate, ephemeral materials. Kept mainly as a private pleasure for himself, his family, and close friends, these collage works began to be known amongst a wider group of artists and curators. In 1978 Smithsonian Institution’s National Collection of Fine Arts organized Kremen’s first public exhibition, Numerous museum exhibitions in the US and abroad followed in the subsequent decades earning his work admiration, critical engagement, and institutional acclaim.

This show at Klaus von Nichtssagend will seek to widen Kremen’s audience to a new generation of artists and appreciators, amongst whom themes of formalism and materiality are being similarly explored in contemporary practice.

Irwin Kremen (1925-2020) has exhibited work in solo museum shows in the United States and abroad, most recently in “Irwin Kremen/Matrix 265” at the Berkeley Art Museum & Pacific Film Archive at UC Berkeley, CA in 2017. A career retrospective was assembled by the Nasher Museum of Art at Duke University in 2007. Kremen’s first solo exhibition was held at the Southeastern Center for Contemporary Art, Winston-Salem, NC in 1978 and subsequently traveled to the Smithsonian American Art Museum, Washington, D.C. a year later. His collages and sculptures are in the collections of MoMA, Philadelphia Museum of Art, Musée des Beaux-Arts de Nantes, Berkeley Art Museum & Pacific Film Archive at UC Berkeley, and The Art Institute of Chicago, among many other institutions. His work has been written about in the New York Times, ARTnews, Chicago Tribune, and Artforum International.

Advance appointments are encouraged but not required.
Visitors must wear masks while visiting the gallery.