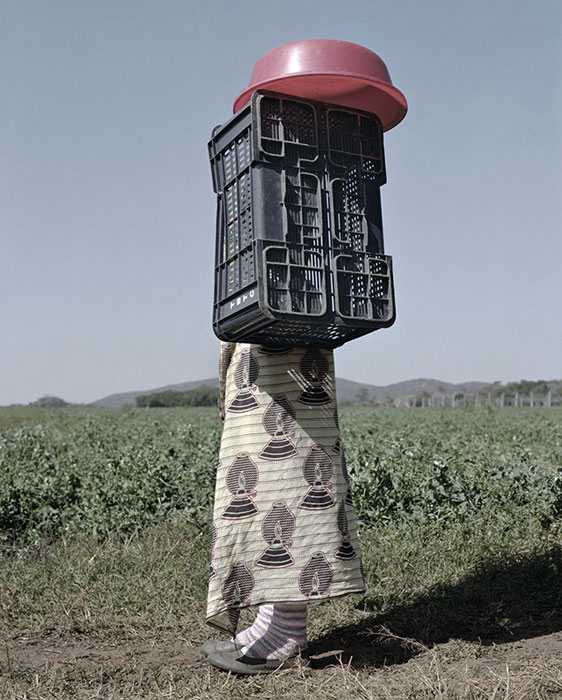 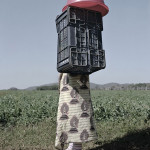 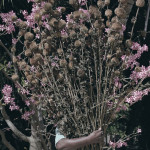 Samsøñ is proud to present photographs and video works by Jackie Nickerson.

Nickerson’s photographs, captured in Malawi, Kenya, South Africa, Zambia and Zimbabwe, present images of farmers with their harvests and tools, set in land they cultivate. Harkening to her past projects “FARM, Faith”, and “Ten Miles Round”, Nickerson utilizes “Terrain” to focus on a community of people whose toil and culture, although impactful and complex, have been largely underappreciated and undocumented. She comments that, “gazing steadily at the point at which one element meets another, “Terrain” asks us to think about these imprints left by the material processes of work as the evidence of our presence on the earth, and to think about how contemporary human beings, living in a western urban environment, can relate to the metaphysics of the labor which enables our lives.”

The photographs captured by Nickerson in “Terrain” defy categorization. In many of the images, full-length portraits are subverted by posing the subjects with work tools that obscure the body. Worn plastic racks, flowers and yams held by the central figures, conceal. In scenes without figures, sheets of heavy, wet plastic shroud agricultural landscapes, and awkward compositional choices break up the picture plain replacing idyllic concepts of “the pastoral” with substantial realism. Identities and narratives are alluded to, but not cast. Instead we can rely on subtle markers: their clothing, their skin tone, and their surroundings, given to us as a pathway to true identity.

These images were originally reproduced in a photographic book under the same title, “Terrain”. In the introductory text, Cape Town journalist Sean O’Toole adds some socio-political context. He writes, “Agriculture is an unavoidable fact of African life: it accounts for 70% of employment on the continent, and 25% of its GDP. While descriptive of modern agribusiness, “Terrain” essays its subject in a visual language that responds to the material circumstances of its subject. It refuses to merely illustrate statistics. It also rejects the orthodox grammars of explication and moral indignation that are the dominant mode of photojournalism, instead relying on a reduced and unstable artistic grammar to flag what Nickerson regards as important debates around crop specialization, subsistence farming and food security in sub-Saharan Africa.”