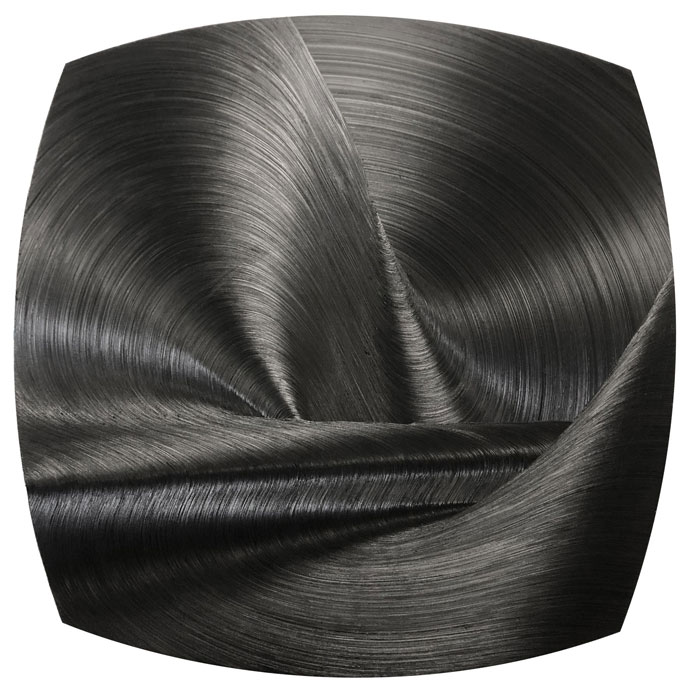 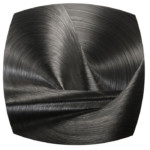 These past two years found James Austin Murray spending much of his studio time experimenting and playing with different materials, compositions and processes. “Future Proof,” represents the fruits of his labor and is a wonderful synthesis of “Mystery of Light,” Murray’s first exhibition with Lyons Wier Gallery in 2014, and “Super Massive Black Hole,” his last solo with us in 2016.

“Future Proof” developed from Murray’s initial sculptural practice of crafting asymmetrically shaped canvases that would interact with the paint, shown in “Mystery of Light”. “Mystery of Light” evolved into square canvases, which has been the main thrust behind his artistic pursuits since 2015. Through countless trials and errors, Murray finds himself once again exploring beyond the basic geometric form of the square. Taking a delicate step forward, “Future Proof” breaks away from the confines of right angles creating canvases that have a broader dialogue with the shape of the canvas and the paint on its surface. And, it is in this conversation, created between the two and three dimensional elements, that a new body of work was born.

James Austin Murray is a graduate of Parsons School of Design, New York, NY (1992). He has exhibited throughout the United States and abroad. He is a recipient of the Dedalus Foundation Fellowship Award for residency at The Vermont Studio Center, VT and has completed residencies at The Woodstock Byrdcliffe Guild in Woodstock, NY and Bermis Center for Contemporary Art in Omaha, NE. Murray’s work is found in public collections such Sofitel (Philadelphia, PA), Hotel Palomar (Philadelphia, PA), Four Seasons Hotel (Washington, D.C.), Omni Hotel (Nashville, TN) and Tom Ford (Designer). James Austin Murray lives and works in New York City.