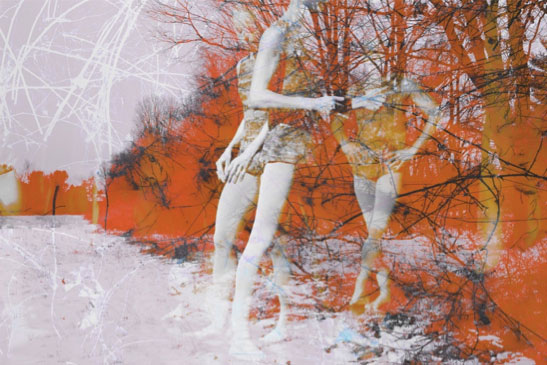 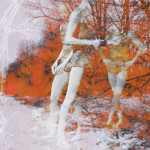 Regen Projects is pleased to present an exhibition of new works by Los Angeles-based artist James Welling. “Choreograph” features Welling’s most recent series of inkjet prints that incorporate dance, architecture, and landscape in each image. This marks the artist’s ninth solo exhibition at the gallery.

After seeing the Merce Cunningham Dance Company perform in 1970, Welling studied dance briefly at the University of Pittsburgh. In 1971 he stopped dancing to attend the California Institute of the Arts, where he concentrated on photography. “Choreograph” marks Welling’s return to dance, albeit through photographic imagery.

To create these works Welling photographed over a dozen dance companies in New York, Philadelphia, Ottawa, and Los Angeles. The dance photographs were then merged with photographs of architecture (buildings by Frank Lloyd Wright, Marcel Breuer, and Paul Rudolph) and landscape imagery (western Connecticut, southern Florida, and Switzerland) in Photoshop’s fundamental red, green, and blue color channels, which are basic to all color photographs. The resulting electronic files were altered by the artist using Photoshop’s Hue and Saturation layers to create complicated, multi-hued photographs, which were then printed on rag paper using a 10 color Epson Stylus Pro 9900 inkjet printer.

Since 2005 I have been making photographs by tinkering with trichromatic color. In “Choreograph” I’m putting different images into the trichromatic red, green and blue color channels of Photoshop to produce some very strange looking pictures. (Normative color photographs place the same image into the color channels.) Each “Choreograph” is a unique solution to the problem of balancing this strange amalgam of superimposed bodies, buildings and open spaces with the most unexpected color combinations that arise from this way of working.

Writing on “Choreograph” in Artforum in February 2016, art historian Robert Slifkin notes:
Welling has repeatedly found ways to use photography’s vital lexicon to reinterpret – and literally remediate – certain contested artistic operations such as painterly gesture, the associative power of landscape, and the sensuous investigation of color.

For his exhibition at Regen Projects, Welling will collaborate on the exhibition design with Los Angeles-based architecture firm Johnston Marklee.

A booklet containing a breakdown of the color channels and a list of each color adjustment layer in “Choreograph” will be available at the front desk.

James Welling (b. 1951 in Hartford, CT) studied at Carnegie Mellon University and the University of Pittsburgh before receiving both his B.F.A. and M.F.A. from the California Institute of the Arts in Valencia. He lives and works in Los Angeles where he is a professor and area head of photography at the University of California, Los Angeles, where he has taught since 1995.

Welling’s work has been the subject of numerous international solo exhibitions. Recent shows include the Brandywine River Museum of Art in Chadds Ford, Pennsylvania and the Art Institute of Chicago (both 2015). In 2013 a major survey exhibition, “Monograph”, traveled from the Cincinnati Museum of Art to the Hammer Museum, Los Angeles, and the Fotomuseum Winterthur, Switzerland; Other museum shows include the University Museum of Contemporary Art, UMASS Amherst (2013); Wadsworth Atheneum Museum of Art, Hartford, Connecticut (2012); Minneapolis Institute of Arts, Minnesota (2010); Palais des Beaux-Arts, Brussels; Art Gallery of York University, Toronto (both 2002); Sprengel Museum Hannover, Germany (1999); Carnegie Museum of Art, Pittsburgh; and the Kunstmuseum Luzern, Switzerland (both 1998). In 2000, the Wexner Center for the Arts, Columbus, Ohio, organized a major survey of Welling’s work, which traveled to the Museum of Contemporary Art, Los Angeles, and the Baltimore Museum of Art.

He has been the recipient of numerous awards such as the 2014 International Center of Photography Infinity Award and will receive the Julius Shulman Institute Excellence in Photography Award from Woodbury University, California in 2016.