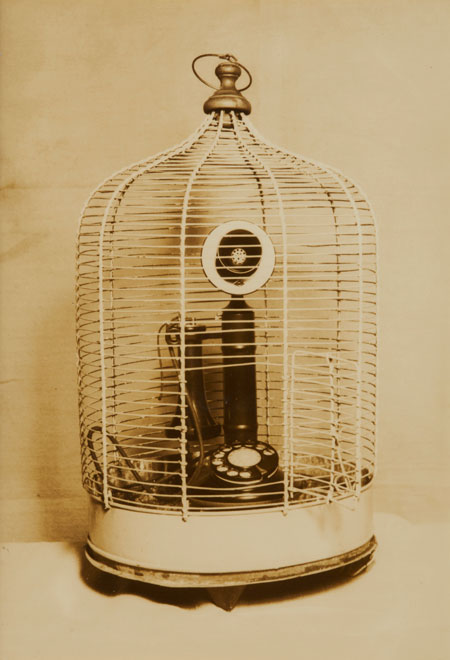 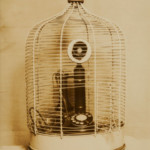 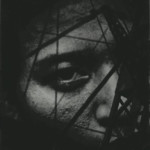 Taka Ishii Gallery is pleased to present the group exhibition “Japanese Surrealist Photography”. The exhibition focuses on the trajectory of avant-garde photography, which has long been marginalized in the history of Japanese photography and features 28 works by Iwata Nakayama, Toshiko Okanoue, Osamu Shiihara, Kansuke Yamamoto, and Nakaji Yasui.

In 1930, editor in chief Senichi Kimura at “Photo Times” and others introduced the latest trends of Western European photography to Japanese photographic milieu. Shinko Shashin or New Photography, which employed techniques such as snapshots, close-ups, photograms, and photo montage to distance photography from painting, consequently spread nationwide. The 1932 publication of the photography magazine “Koga” represents the peak of Shinko Shashin in Japan. Iwata Nakayama, who was involved in the magazine’s establishment, pursued modernist photography, aiming to “fundamentally deconstruct the beauty and feel of photographs” and proceeded to create fantastic photo montages and sensual portraits. Stating that he wanted “to create beautiful things, even if they are fabricated,” his anti-naturalist work differed significantly from the dominant photographic culture in Japan, which emphasized the “naturalness” of the photographic medium. In and after the late 1930s, Shinko Shashin would bifurcate into socially driven journalistic photography and modernist avant-garde photography. Kansuke Yamamoto, who began writing poetry in 1930, began making photographs in 1931, already with the explicit goal of producing “surrealist results in photography” prior to the establishment of avant-garde photography in Japan. His works, which embody his unique poetic sensibility as well as sharp eye for social critique, brilliantly combine Japanese motifs with Western European Surrealist iconography.

Although Surrealism in Japan began with the publication in translation of Andre Breton’s “Surrealist Manifesto/Soluble Fish” (1924), it was interpreted and received in a way that made Surrealism spread in Japan as a unique movement, distinguished from the European movement’s original ideas of freedom and liberation of the unconscious. In the field of photography, new groups were founded in various regions of Japan after avant-garde photography arose through an alignment of forms and styles with the techniques of Shinko Shashin. Here too, these new groups were quite distanced from the European Surrealism’s founding aims of recovering and restoring humanity against the society of rationalism, which had been exposed as bankrupt. In the Kansai region, where such new photographers’ groups especially thrived, amateur photographers’ associations such as the Naniwa Photography Club and Tanpei Photography Club became the centers of the Shinko Shashin movement. While photographers in Tokyo quickly became aware of the social role of photography and shifted to photojournalism, their counterparts in Kansai continued to pursue experiments in expression. The absence in Kansai of theoretical leaders equivalent to figures such as Shuzo Takiguchi, who played an essential role in avant-garde practices in Tokyo, helped create a relatively relaxed understanding of the “avant-garde” in Kansai as a material with which to enjoy art production. As a result, multivalent art practices that cannot be summarized as simply Surrealist were carried out in Kansai. Nakaji Yasui, who pioneered the frontlines of photographic expression as a core member of both Naniwa and Tanpei Photography Clubs, aggressively incorporated Shinko Shashin techniques, but simultaneously pushed the possibilities of photography as an expressive medium. “Displaced Jew” (1941), made collaboratively by the six members of the Tanpei Photography Club, embodies an unflinching gaze seeking to accurately document social conditions. Osamu Shiihara, who was also a member of the Tanpei Photography Club, produced a body of work displaying superior compositional skills derived from his academic roots. His works differ slightly from the explosive Surrealist expression which arguably reflected the oppressive climate of the times as Japanese society was rapidly organized in preparation for the Pacific War.

Toshiko Okanoue, who appeared like a comet in the art world in the 1950s, made photo collages during Japan’s recovery period, which was marked ambivalently by senses of freedom and lack resulting from material shortage. Her works symbolically express the artist’s and women’s emotions. That she was not explicitly self-conscious about being an artist is corroborated by Shuzo Takiguchi, who commented, “Ms. Okanoue is not a painter; she is a young lady,” on the occasion of her first solo exhibition in 1953. Her images were made sincerely and purely creatively according to her heart’s desire, without involvement in the art movements or world of the era. In this sense, they are marked by automatism in the purest sense.

This exhibition is made possible with support from MEM and The Third Gallery Aya.

Iwata Nakayama Born in 1895 in Fukuoka Prefecture (died 1949). Nakayama graduated from the temporary photography course at the Tokyo School of Fine Arts (currently Tokyo University of the Arts). In 1918, he was sent as a trainee to the U.S. by the Japanese Ministry of Agriculture and Commerce and opened a portrait studio in New York City in 1921. In 1926, he traveled to France, and began making pure art photography through his association with Tsuguharu Foujita and Kinosuke Ebihara. In 1927, he returned to Japan, moving to Ashiya, Hyogo Prefecture, where he formed the Ashiya Camera Club with Kanbei Hanaya, Kichinosuke Benitani, and others. In 1932, Nakayama founded the monthly photography magazine Koga with Yasuzo Nojima and Ihei Kimura. His major exhibitions include “Iwata Nakayama: Photographic Modernism” (1985), which was shown at the Hyogo Prefectural Museum of Art and traveled to other locations.
Toshiko Okanoue Born in 1928 in Kochi Prefecture. While studying fashion design at Bunka Gakuin, she began making collages when it was assigned in one of her classes. She produced collages out of images cut out of magazines such as VOGUE and LIFE left behind by the Occupation Forces. The works were discovered by Shuzo Takiguchi and she had solo exhibitions at the Takemiya Gallery in 1953 and 1956. After marrying and moving to Kochi, she distanced herself from the art world. Her major solo exhibitions include “Toshiko Okanoue Photo Collages: Droplets of Dreams,” held at the Dai-ichi Mutual Life Insurance, Co. South Gallery in 2000.

Osamu Shiihara Born in Osaka in 1905 (died 1974). Shiihara graduated from the Western Painting Department at the Tokyo School of Fine Arts in 1932. Around the time he established his studio in present day Nishinomiya, Hyogo Prefecture, he began making photographs and became a core member of the Tanpei Photography Club. He experimented with a unique method of combining photography and drawing, which he called “photo-peinture.” In 1953, established the Spiegel Photographers Association with Shisui Tanahashi and Toru Kono. Shiihara’s major group exhibitions includes “Traces of Light in Modernism: Koshiro Onchi, Osamu Shiihara and Ei-kyu” (1997) held at the National Museum of Modern Art Film Center, Tokyo.

Kansuke Yamamoto Born in 1914 in Aichi Prefecture (died 1987). Yamamoto studied French literature at Meiji University and began writing poetry in 1930. He began producing photographs in 1931 with the aim of producing “surrealist results in photography.” He was also involved in the formation of the Independent Photography Research Association in the same year. He also participated in the Nagoya Photo Avant-Garde, VIVI, and the avant-garde poetry group VOU. In 1938, he began publishing the Surrealist poetry magazine Night’s Fountain. His major solo exhibitions include “Surrealist Kansuke Yamamoto” (2001) held at Tokyo Station Gallery.

Nakaji Yasui Born in 1903 in Osaka (died 1942). Yasui joined the Naniwa Photography Club while managing his family business of Western paper sales in 1922. In 1930, he formed the Tanpei Photography Club along with Bizan Ueda in Osaka. Yasui aggressively incorporated new photography techniques, but simultaneously pushed the possibilities of photography as an expressive medium, making superior works that pioneered postwar realism in photography. His major solo exhibitions include “Nakaji Yasui” (1987) held at Hyogo Prefectural Museum of Art and other locations.