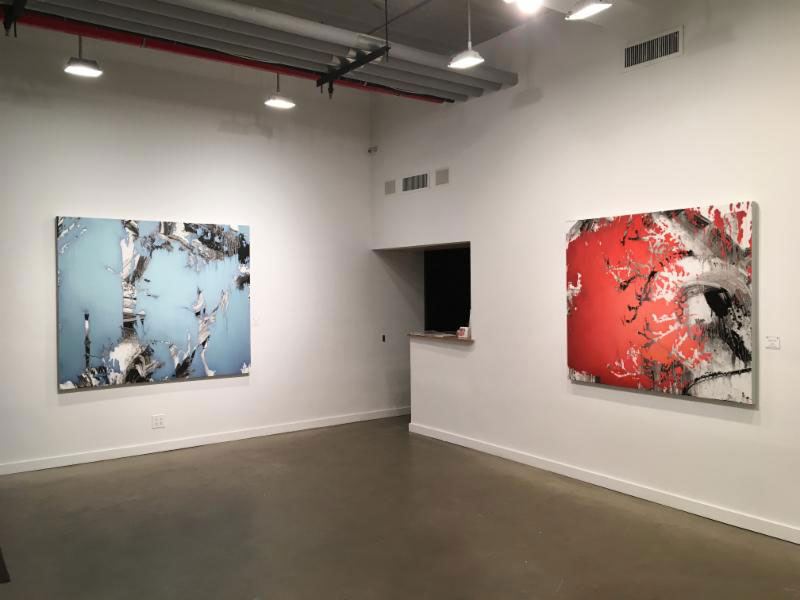 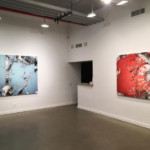 “Supernature: of or relating to an order of existence beyond the visible observable universe.” (Merriam­Webster Dictionary)

Lyons Wier Gallery is pleased to announce our forthcoming exhibition, “Supernature” by Jeff Muhs. Jeff Muhs uses the idea of supernature as an ongoing manifestation of self­discovery for his painting process both intended and happenstantial. Muhs creates work that has become its own unique process of natural creation and discovery. This process began when he first stumbled upon a more spontaneous method of mark­making using improvised brushes and black oil paint over a highly prepared surface. Through the random and overlapping application of paint thinned to various degrees, an organic black and white cosmos evolves. These initial paintings, or backgrounds, are simultaneously ethereal and earthly, displaying an intuitive playfulness that is buttressed by the artist’s knowledge and understanding of his materials.

The black and white backgrounds serve as inspiration for the opaque areas of color that is applied next. These dense areas of color compliment the under­painting by offering a sense of order and stasis. Working within the randomness of the backgrounds, the artist composes colored areas that create a Taoist whole between the two main contradictory compositional elements. The push and pull between background and foreground allows the viewer to move in, out and through the matrix of paint. The fields of color present a plane where the eye can rest, an area where the turbulence ceases and subtleties emerge, and the true beauty of the work is divulged. It is here, at this crossroads of intention and chance, where expanses of dense color delicately dance with churning areas of black and white that a new order reveals itself… a new order that the artist has graciously pulled back the curtain to reveal its mastery.