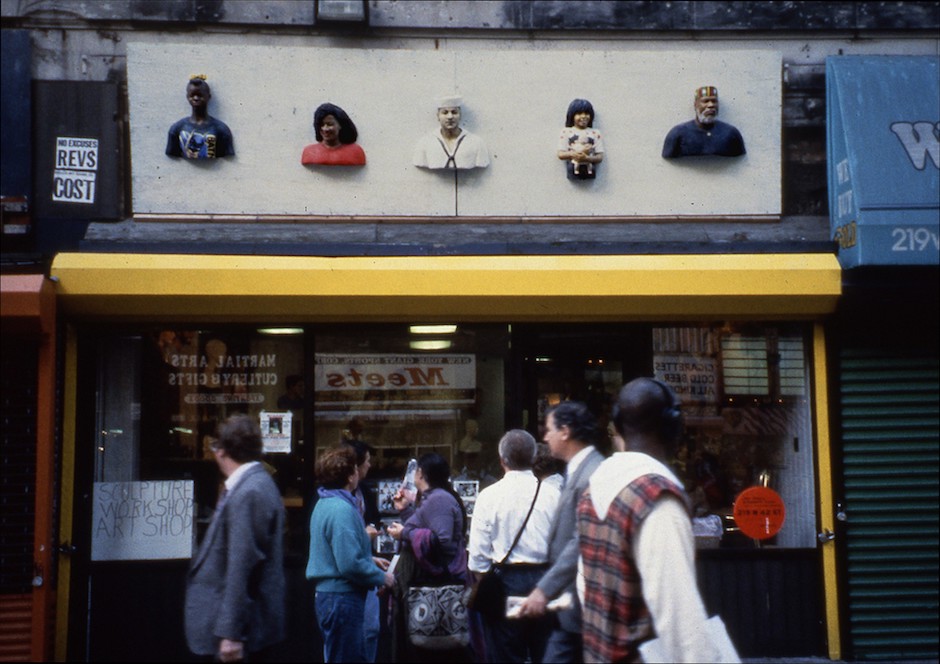 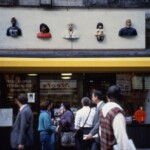 Alexander and Bonin is pleased to present “Works from the 42nd Street Art Project, 1993”, an online exhibition of works by John Ahearn and Rigoberto Torres from this historic public art project.

In the summer and fall of 1993, “The 42nd Street Art Project” transformed Manhattan’s Times Square into a bustling, around-the-clock gallery of contemporary art. Organized by The 42nd Street Development Project and Creative Time, the venture prompted twenty-four American artists to create temporary, site-specific works in, on, and around storefront display windows, theater marquees, commercial billboard spaces, and sidewalks.

These artists introduced an unusually diverse audience to the world of contemporary art and promoted the renewed potential of this well-known street as a destination for entertainment and culture.

For their participation in the project, John Ahearn and Rigoberto Torres converted a former Blimpies on the north side of 42nd Street into an art studio. Locals, commuters, and passersby’s who wandered into their studio were offered the opportunity to have their portrait cast by the artists. The volunteers were cast in plaster, painted, and then hung on the walls, creating a gallery of portraits that reflected life on 42nd street.

Included in the exhibition, “Michael Weathers greeting his Father”, 1993, depicts one of the first people John and Rigoberto met during the project. Michael quickly befriended the artists and became an unofficial greeter at the temporary studio.

The exhibition also includes works from previous projects that were displayed at Ahearn and Torres’ 42nd Street storefront. Examples include “Zuhey with Doll and Betty Boop”, 1990, who was cast at the artists’ studio on Walton Avenue in the South Bronx, and “Skeezy”, 1992, who the artists met in Anacostia while working with the Washington Project for the Arts. The inclusion of these works demonstrates the artists’ consistent adaptation to the different environments and contexts in which their casts are made.