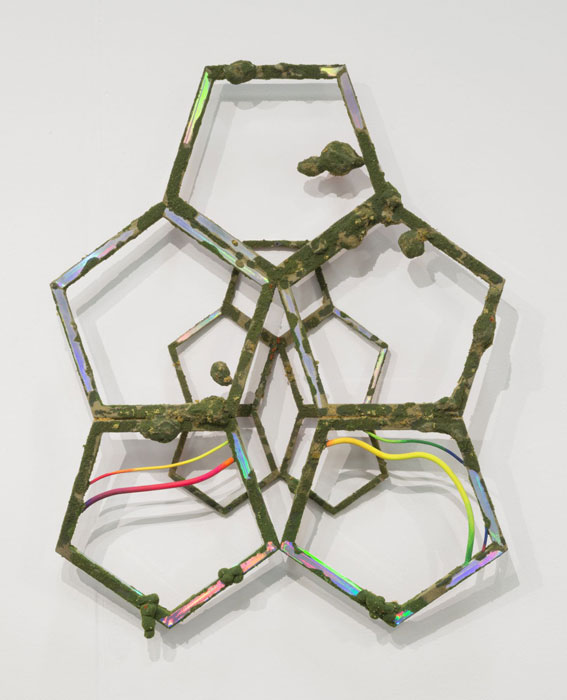 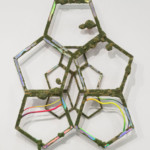 What do you see in green? Green as eco-conscience, as cleaning products, as the Paris Accord? As chroma key? The human eye can see more shades of green than any other color. Green grass. Green waterfalls. Peripheral green. Fugitive green. Studies show that green is restful to the eye, and a green environment can reduce fatigue.

However, historian Michel Pastoureau notes that green is profoundly ambivalent: “a symbol of life, luck, and hope on the one hand, an attribute of disorder, poison, the devil and all his creatures on the other.” The pigment Paris Green doubled as rat poison, and may have been behind Cezanne’s diabetes and Monet’s blindness. Life and death, red light, green light. Pastoral idyll or wandering in the wilderness. Green cards. A piece of land held in common.

Four artists commute between nature and technology, the picturesque and the sublime, real and remembered, crepuscular souvenirs and uneasy representation. Feedback loops tie a knot between corrupt, virtual, pristine and material. Green is one color of quark, an elementary particle, a fundamental constituent of matter.