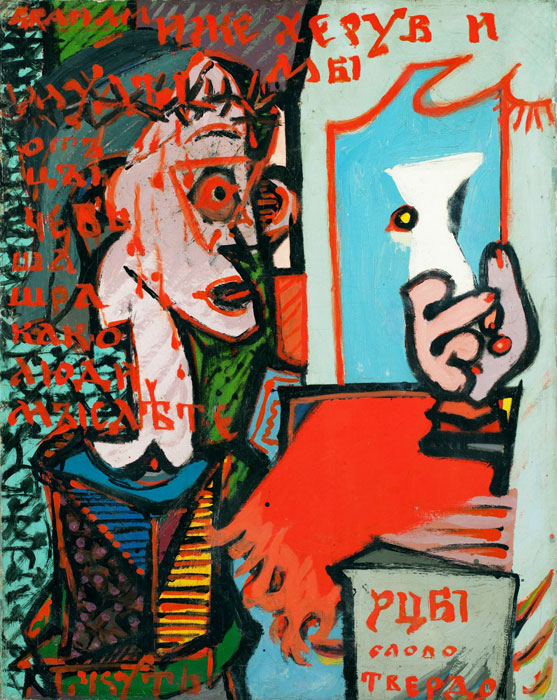 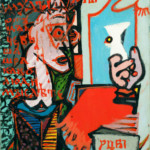 Allan Stone Projects is pleased to present “John Graham: Artist Sweating Blood”. Selected from the Allan Stone Collection, the exhibition highlights examples of Graham’s evolving style from the 1920s to the 1950s. The eleven paintings and thirteen works on paper in the exhibition integrate Cubist, Surrealist and Neoclassical influences with wide-ranging esoteric content.

John Graham was crucial to the development of the New York School. Coming from Europe, Graham imparted the tenets of the European avant-garde to burgeoning Modernists and Abstract Expressionists such as Jackson Pollock, Arshile Gorky, Stuart Davis, Willem de Kooning, and others. His interest in various cultural phenomena such as alchemy, numerology, Kabbalah, and psychology was the result of his voracious investigation of collective knowledge. Most importantly, Graham introduced to his peers and followers the idea of the unconscious as a tool for creating art. Graham’s preoccupation with personal mythology positioned him as a master of reinvention, promoting the “artist-as-alchemist,” a critical Post-Modern concept.

This year, the Parrish Art Museum in Water Mill, NY mounted a major retrospective, “John Graham: Maverick Modernist”. He was featured in the traveling exhibition “American Vanguards: Graham, Davis, Gorky, de Kooning and Their Circle”, in 2012 organized by the Addison Gallery of American Art in Andover, NY. Allan Stone, who had one of the largest collections of Graham’s work, organized a comprehensive survey, “John Graham: Sum Qui Sum”, at the Allan Stone Gallery in 2005. Graham’s works are in numerous public collections, such as the Art Institute of Chicago, the Museum of Modern Art, New York, the Whitney Museum of American Art, the San Francisco Museum of Modern Art, Yale University Art Gallery, and the Phillips Collection.

John Graham was born in Ivan Dambrowski in Kiev (then Czarist Russia, now Ukraine) in 1886. He studied law and served as a cavalry officer for the Czar in World War I, until the Bolsheviks imprisoned him in 1918. Either escaping or being released, Graham made his way to New York via Paris in 1920. He matriculated at the Art Student’s League where he studied under John Sloan. In 1937, he wrote “System and Dialectics in Art”, which heavily influenced Jackson Pollock. In 1942, he organized one of the earliest exhibitions of the Abstract Expressionists for the McMillen Gallery that featured works by Stuart Davis, David Burliuk, de Kooning, Krasner, Pollock, as well as works by Picasso, Braque, and Matisse. In the 1950’s Graham largely withdrew from the art world and eventually relocated to London in 1961 where he passed away.