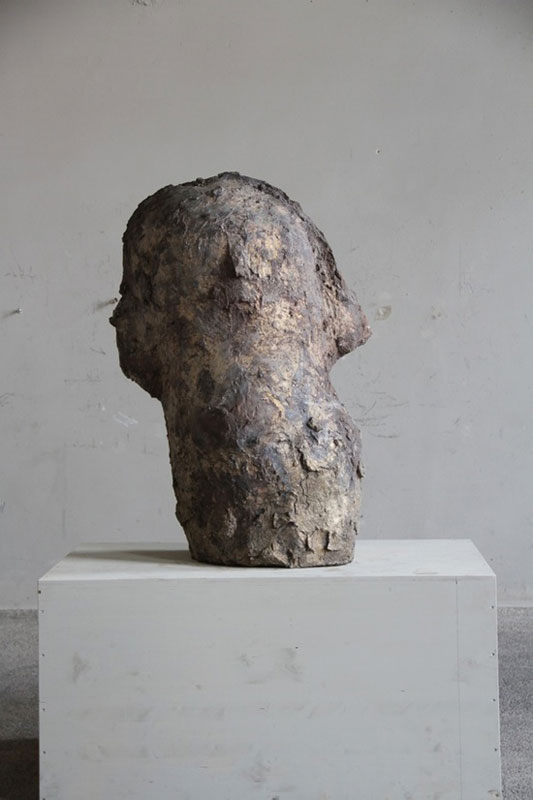 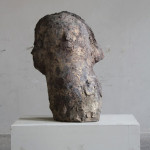 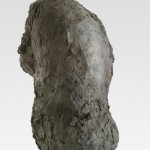 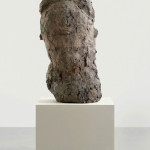 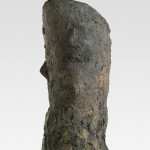 Hauser & Wirth is proud to unveil a focused presentation of the large, abstract half-figure sculptures from the late career of Swiss artist, Josephsohn (1920 – 2012). Featuring five of these over-life-size brass sculptures alongside a substantial relief, this exhibition conveys Josephsohn’s deep reverence for ancient motifs brought to fruition in contemporary application. The gallery’s first Josephsohn show in Switzerland since his death, this exhibition displays the artist’s mastery in balancing volume and mass in his timeless sculptures.

The exhibition’s six voluminous sculptures imbue the sparse gallery space with a calm and timeless presence. Selected from the late period of Josephsohn’s 60-year-long artistic career, the works from 1990 to 2004 typify the artist’s remodelling of the ancient concept of the bust, representing the head and part of the torso of the subject. The monoliths initially appear as roughly hewn abstractions, evoking natural geologic formations, yet, they are wholly inspired by reality. One earlier example on display, ‘Untitled’ from 1979, shows the use of the half figure in more recognisable form. The artist’s last wife is seen with a stoic calm expression with her hands clasped in front of her torso. The later abstractions too, when closely examined reveal the suggestion of human features.

With all of his half figure sculptures, Josephsohn worked with live models, sculpting women with whom he had a close relationship, such as his wife, his son’s wife and other close acquaintances. The abstractions, although not strictly portraits, foreground Josephsohn’s important practice of working from life. Even in abstraction, the artist began with the model and sought to capture the presence and distinctiveness of the individual.

While the surfaces of his brass sculptures are rich with detail, Josephsohn’s primary concern with his sculptures was the balance of mass and volume. All of the artist’s initial modelling was done in an inexpensive construction plaster, a material that allowed him the freedom to both add and remove from his creation. With his bare hands or using a spatula, Josephsohn slathered and spread the malleable material onto his plaster models. Even after the material had dried, he could cut off pieces with a knife or an axe to achieve the desired formal composition. The surface can thus be read as a dynamic index of the artist’s creative process. And while plaster’s workability was central to his practice, Josephsohn always envisioned his final artworks to be cast in brass, embodying a rich materiality and modulated patina.

A counterpoint in the exhibition, the untitled relief from 2000, offers further insight into Josephsohn’s practice. Drawing inspiration from Medieval tradition as well as the art of the Greeks and Egyptians, Josephsohn made reliefs throughout his career, favouring it over traditional sculpture for its freedom of composition. In reliefs, the artist could combine figures and explore the relationship of the body within an architectural context. In the relief presented here, a rigid architectural element supports the figure from the bottom and a weighty architrave rests on top. The figure itself with one leg suspended over the other occupies an ambiguous space, the pose more akin to Josephsohn’s reclining figures. The whole can be taken as an exploration of the relationship of the human body in an architectural space.

The current exhibition thus gives space to the imposing but charged sculptures to quietly reveal the highly personal artistic language of the late Josephsohn.

His bold, immediate and highly physical way of working gave life to an oeuvre with a distinctive weight, mass and force, one that continues to have a strong resonance.

Born in 1920 in Kaliningrad, East Prussia, Josephsohn travelled to Florence in 1938, where he briefly studied sculpture at the Academy of Art. Following the implementation of Fascist laws in Italy in 1939, Josephsohn emigrated to Switzerland, where he began an apprenticeship in the atelier of sculptor Otto Müller. After his apprenticeship, Josephsohn established his own studio in Zurich, where he lived and worked until he passed away in August 2012.