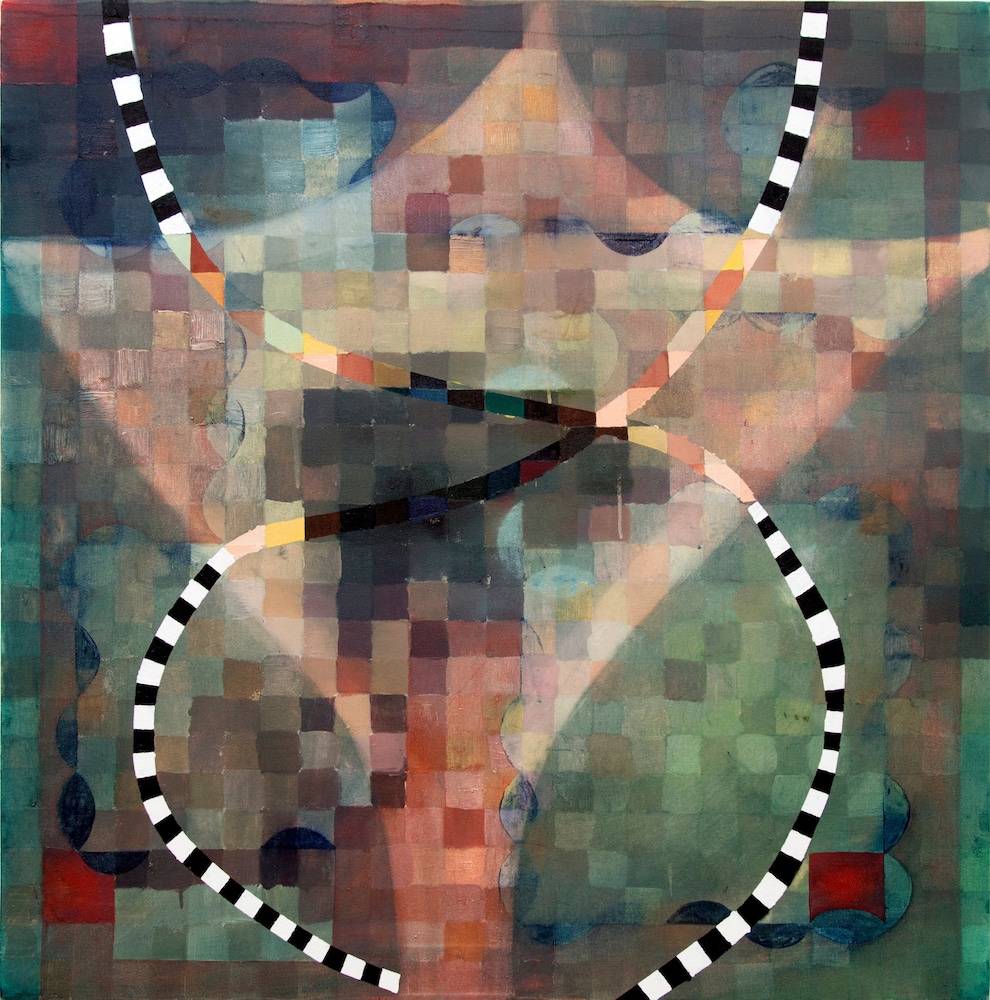 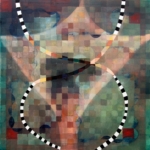 Freight + Volume is thrilled to present “Album”, an exhibition of new paintings by Julia Rooney. “Album” is a show about the peculiar and embodied act of making and seeing a painting. At radically different scales — as small as one’s phone-screen to as wide as six feet of social distance — Rooney’s paintings compel the viewer to look and to feel in person, to move their body up close, then far away, and close again. As though adjusting the resolution, viewers may discern detail within each painting, or the choreography between the works as they playfully inhabit the gallery’s architecture. This embodied experience of viewing, where zooming-in and zooming-out yield different information, underscores Rooney’s ongoing fascination with scale as both a formal and conceptual tool for grounding the medium of painting IRL amid the homogenizing forces of our digital screens.

Central to this idea of embodiment is the painting process itself. Wielding many types of paint — from latex house paint to oil — Rooney engages in a labor-intensive, manual process that involves pouring, sanding, stitching, scraping, glazing, and gluing. All under the banner of “painting,” these hand-wrought processes are made explicit in the show’s signature painting, “Album”: a QR-code which hangs in the gallery’s window like an album cover. Referencing recursive coding, “Album” is a painting about its own making. Scanning the QR code with their phones, passersby are directed to a stop-motion animation showing step-by-step documentation of each brushstroke.

Inspired by the way files are titled by phones and computers, the rest of Rooney’s uniformly square paintings all start with OBJ, followed by a number which roughly corresponds to the month and day the painting was started. While all were completed in 2022, some pieces have underpaintings (OBJ 1001) and cut-up canvases (OBJ 0923) started nearly a decade ago. Rooney alludes to digital space through her repetition of pixelated-like passages of varying resolutions (OBJ 0518), network-like webs (OBJ 0316), illusionistic screen-like frames (OBJ 1021), and checkered patterns that suggest binary code. Others, such as “OBJ 0226”, explicitly riff off Mondrian’s iconic Broadway Boogie Woogie and its ongoing influence on the history of abstraction — a connection further played out through images and texts in the accompanying artist book. In her working and reworking, Rooney casts painting as a process of sustained gathering, where time and haptic knowledge enter the materiality of paint as a kind of glue.

Julia Rooney is a multidisciplinary artist whose work explores the space between analog and digital media, gesturing towards a world in which the two tenuously coexist. While rooted in painting, her practice often bridges other disciplines including papermaking and collaborations through the USPS.

There will be a limited edition artist book by Julia Rooney scheduled to launch on January 6th, 2023.