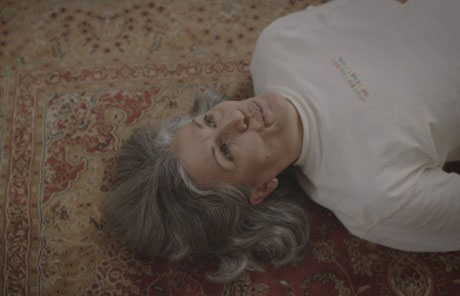 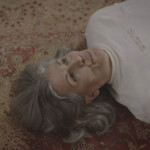 Chisenhale Gallery presents the first UK solo exhibition by the Berlin and Jerusalem based artist, Jumana Manna. The exhibition comprises a newly commissioned feature-length film, “A magical substance flows into me” (2015), presented alongside an installation of sculptures.

Manna’s moving image work explores the ways in which power is articulated through relationships – from expressions of masculinity in working-class East Jerusalem, to the particular bond between athlete and coach, or the diplomatic role that Norway played in the Oslo Peace Accords. With her sculptures, she investigates the historical and political resonance of materials and the physical relationships between objects and bodies, drawing from sources including archaeological artifacts, car mechanics and the cultural symbolism of Modernist architecture.

In her new film, Manna explores the different musical traditions of myriad communities living in and around Jerusalem, drawing on her research into the German-Jewish ethnomusicologist Robert Lachmann (1892-1939) and his work in Palestine. The film follows Manna’s exchanges with musicians as she encounters them in their homes and places of work and worship. The provisional architectures of these private performance settings are developed through a sculptural installation, which also functions as seating for viewers in the gallery.

The film draws on Manna’s research into the Oriental Music broadcasts, a series of radio programmes from the 1930s, which Lachmann made for the Palestine Broadcasting Service; established under the British Mandate (1920-1948). His broadcasts featured field recordings of musical performances by the ‘Oriental’ groups in Palestine, comprising Palestinians and Eastern Jews. Responding to Lachmann’s project, Manna revisits the communities that he studied – including Kurdish, Moroccan, and Yemenite Jews, Samaritans, members of urban and rural Palestinian communities, Bedouins and Coptic Christians – replaying his recordings and making new recordings of her own. For Manna, revisiting Lachmann’s project provides a methodology to explore the complex and fragmented histories of her hometown. Her encounters with musicians are interspersed with scenes staged in her own family home in East Jerusalem. By positioning herself alongside the musicians, Manna includes her own subjectivity within the historical narratives she portrays.

The film traces links between physically, culturally and linguistically separated communities, whilst allowing for ideas of the representation of authenticity and heritage to emerge. Through the work, Manna aims to make visible the intertwinement of these identities, in resilience to the erasures and displacements of the Zionist settler-colonial project. The film dissembles false binaries and puts into doubt the logic of partition and segregation, and their colonial discourses. Manna asks, instead, to address the question of Palestine through the lens of 1948 and its consequences, while calling for a multifaceted Palestine, reimagined through the possibilities of sound and listening.

For her exhibition at Chisenhale Gallery, Manna has installed the film alongside a series of sculptures. These hollow plaster forms resemble discarded, vessel-like artifacts, which carry an anthropomorphic charge. Presented in combination with plastic chairs and waste bins – the vernacular detritus of daily life – Manna’s sculptures articulate a set of contradictions that are also evidenced in the film, where impasse is contrasted with vitality and desire. Positioned amongst the bodies of the seated audience members, the sculptures extend the exploration of these ideas into a corporeal sphere.

Jumana Manna’s film is co-commissioned by the Sharjah Art Foundation and Chisenhale Gallery with Malmö Konsthall and the Biennale of Sydney.

Jumana Manna’s exhibition at Chisenhale Gallery is supported by the Genesis Prize; The Mosaic Rooms, A.M Qattan Foundation; and the Cass Sculpture Foundation with the Office of Contemporary Art Norway (OCA) and The Henry Moore Foundation.

With thanks to CRG Gallery, New York.