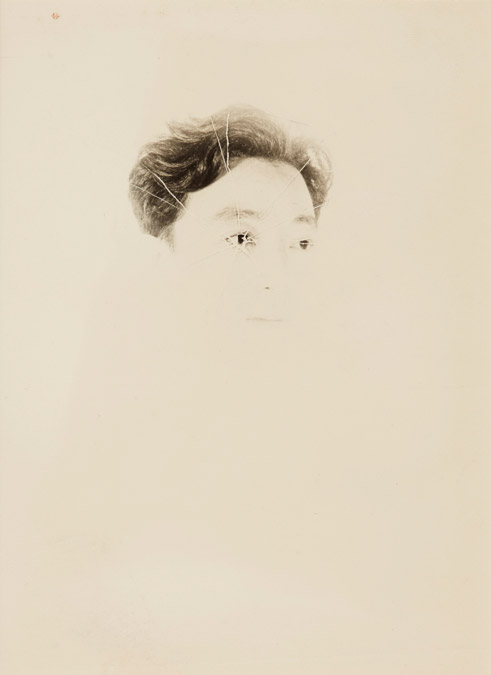 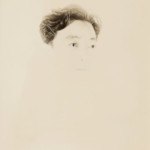 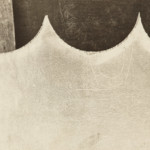 Taka Ishii Gallery New York is pleased to present a solo exhibition of works by Kansuke Yamamoto. Yamamoto created, between the early 1930s and 1980s, avant-garde photographic works that manifested his sharp eye for social criticism and a unique poetic sensibility. He was one of the leading figures of Surrealism photography in Japan. He used a variety of methods, including collage and photomontage. His subjects ranged from objects arranged in extraordinary ways and detailed close-ups of various materials. From the 1950s, he also created paintings, sculptures and serial theatrical photographs. Following the January 2017 solo exhibition at Taka Ishii Gallery Photography / Film, this will be his second solo exhibition at Taka Ishii Gallery New York and it will feature photographic works produced between the 1930s, his earliest period, and late 1950s.

Yamamoto began writing poetry in 1930 as the latest Western art movements and theories, such as Dadaism, Bauhaus, Neue Sachlichkeit and Surrealism were introduced to Japan and avant-garde activities flourished in various artistic fields under their influence. Through exposure to the poetry magazine CINÉ published by Chiryu Yamanaka, who was a leading theorist of Surrealism in Japan, Yamamoto’s interest in modernist art deepened. Yamamoto began aiming “to practice Surrealism in photography” in 1931, when modern photographic expression was first established under the rubric of New Photography in Japan. That same year, the young Yamamoto helped establish the photographers’ group “Independent Photography Research Association” along with Mitsuya Okonogi and others and began seriously searching for new photographic expressions.

New Photography eliminated the pictorial image and sought to create expressions specific to the camera’s mechanical eye. In the late 1930s, it would bifurcate into “journalistic photography,” which aimed to directly capture reality and pursues social expression, and “avant-garde photography.” While the former was incorporated into propaganda for national measures as Japan prepared for war, the latter, along with the 1937 “Exhibition of Overseas Surrealist Works” organized by Shuzo Takiguchi and Chiryu Yamanaka, spurred the formation of avant-garde photography groups advocating Surrealism all over Japan. With the publication of “Dokuritsu” (Independent) in 1931 and formation of “Nagoya Photo Avant-Garde” in 1939, Nagoya began to establish itself as a center for avant-garde after Tokyo and Osaka. Yamamoto’s practice, which aimed to revolutionize the era’s attitudes and establish poetic photographic images, was also instrumental in this process. His works, which combine Western European Surrealist iconography with Japanese motifs and interests do not merely derive from or translate Western European art movements, but rather display acute aesthetic sensibility and superior spatial composition techniques. The photographic collage work “Title unknown” (ca. 1938), which features an everyday Japanese scenery, is an outstanding example of how Yamamoto used the collage technique to create a sense of the extraordinary through spatial composition and the insertion of unrelated objects. A similar compositional strength is seen in “Title unknown” (ca. late 1930s). The meaning of this work, which displays Yamamoto’s experimental spirit, far exceeds that of the photographic subject.

Eventually, the avant-garde photography movement in Japan collapsed under the strain of the war and Yamamoto’s work was censored by the police. His attitude and practice, however, remained unchanged. He quickly restarted his practice after the war, forming the avant-garde photographers’ group “VIVI” in 1947 with Keiichiro Goto, Minayoshi Takada and Yoshifumi Hattori, and continuing to contribute poetry and photography to the journal VOU, which he had been involved with since the late 1930s. “Gentle Recurrence” (1949) and “Work” (1954) display the development of Yamamoto’s compositional technique, which he continuously pushed since the prewar period. Between the late 1940s and 1980s, he produced numerous experimental color photographs, photograms, serial photographs, and sculptural works, which all grew increasingly unique and complex. “Twilight’s Curved Line” (1955), “Work” (1956), and “Work” (1958) show the intensification and complication of Yamaoto’s poetic vision. Due to the prominence of photographic realism, as practiced by Ken Domon and Ihei Kimura in the postwar era, avant-garde photographic expressions, such as those of Yamamoto, remained peripheral in the history of Japanese photography. Despite the fact that Yamamoto continued to produce works prolifically until his last years, only one book, published in 1970, was dedicated to his work. His works were long overlooked until the 2000s, when they began to be reevaluated in Japan and abroad. Today, his rich works are finally receiving the increased attention they deserve.

Kansuke Yamamoto was born in Aichi in 1914 and passed away in 1987. He entered the French Literature Department at Meiji University and began writing poetry in 1930. In 1931, he began producing photographs with the aim of “practicing Surrealism in photography.” That same year, he established the photographers’ group “Dokuritsu Shashin Kenkyukai” (Independent Photography Research Association) with Mitsuya Okonogi and others in Nagoya and began searching for new photographic expressions. Inspired by the 1937 exhibition “Kaigai Chogenjitsushugi Sakuhinten” (Exhibition of Overseas Surrealist Works), he founded the Surrealist poetry journal “Yoru no Funsui” (the Night’s Fountain), which ended after the fourth volume published in 1939 due to police censorship. In 1938, he also founded the photographers’ group “Seidosha” (Blue Admiration Society) with Motoo Yoshitake and others and began publishing the newsletter “Carnet Bleu”. He also participated in the “Nagoya Photo Avant-Garde,” which resulted from the photographers of the “Nagoya Avant-Garde Club,” formed by Yoshio Shimozato and Chiryu Yamanaka, going independent, but left the group in 1941 (“Nagoya Photo Avant-Garde” dissolved in 1941 after changing its name to “Nagoya Shashin Bunka Kyokai” (Nagoya Photography Culture Association)). Yamamoto became a member of the avant-garde poets’ group VOU, organized by Katsue Kitasono and contributed poetry and visual works to the group’s journal until 1978, when it dissolved. In 1947, Yamamoto founded the avant-garde photographers’ group “VIVI” with Keiichiro Goto, Minayoshi Takada and Yoshifumi Hattori. In 1949, he became a member of the photography section of “Bijutsu Bunka Kyokai” (Fine Art and Culture Association). In 1970, he published “Butterfly”. His major solo exhibitions include “Surrealist Yamamoto Kansuke” at Tokyo Station Gallery (2001). His major international exhibitions include “Japan’s Modern Divide: The Photographs of Hiroshi Hamaya and Kansuke Yamamoto” at the J. Paul Getty Museum (Los Angeles, 2013). His works are included in the collections of the Nagoya City Art Museum, Tokyo Photographic Art Museum, Santa Barbara Museum of Art, and the J. Paul Getty Museum.