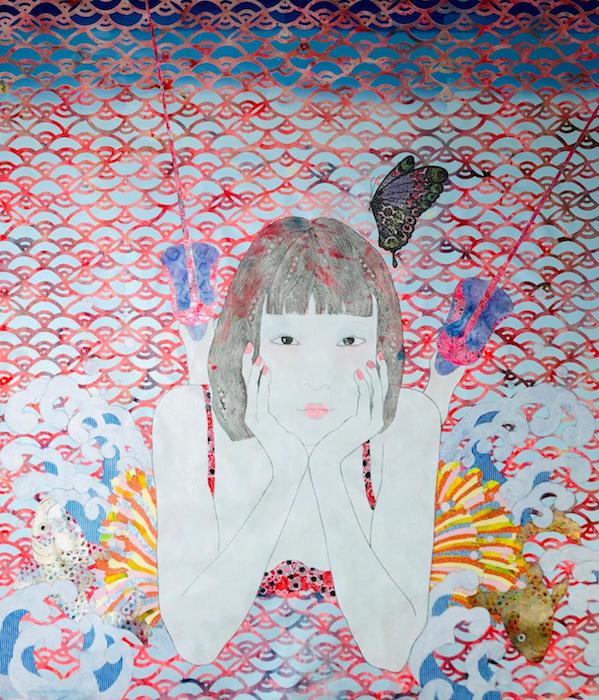 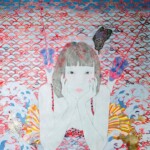 “Animism” explores the complex cultural and ideological divide between traditional and contemporary ideals that are inherently placed upon Japanese women by using carefully crafted narratives to navigates and call attention to the cultural contemporary standards. By drawing upon her first-hand experience with pop culture now seen through a mature gaze, Kaoruko sets her sights upon the cultural expectation of the ‘feminine’ in a society that is deeply steeped in history and one that is forging new frontiers.

Interspersed throughout her highly detailed compositions are subtle nods to “Animism,” the ancient belief that objects, places and creatures all possess a distinct spiritual essence. Potentially, animism perceives all things – animate and inanimate – as animated and alive. Traditional Japanese motifs such as a cute Koma dog and a carp swimming upstream are subtly found within Kaoruko’s colorful and meticulous illustrations.

By juxtaposing all these similar yet separate elements, Kaoruko weaves together narratives of the young and old, the bourgeoning and bygone to deliver poignant paintings that straddle cultural, sexual and geographic beliefs and stereotypes of feminine identity at a crucial time that is rewriting the narrative on what it is to be female both here and abroad.