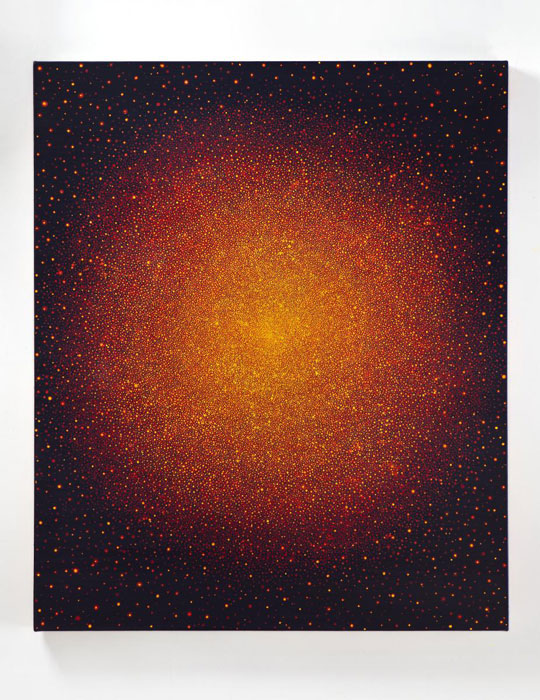 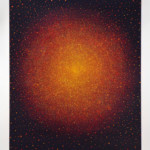 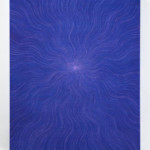 P·P·O·W is pleased to announce “Light + Heavy”, Karen Arm’s sixth solo exhibition with the gallery. For over two decades, Arm’s work has engaged a dialogue between micro and macro, mark and object, structure and line. The obsessive virtuosity displayed in her paintings creates infinite spaces which focus on surface and depth. Through this balance of chaos and order, earthly and astral, Arm creates portals into the sublime. Her meticulous process of layering and glazing is essential in creating the dynamism in these meditative works. The accumulation of dots and lines that Arm makes is spontaneous, creating a certain randomness within her obsessive process.

Arm refers to nature in her imagery as a catalyst for something more ambiguous, more abstract and as a point of exploration. Through all of these works, Arm is seeking to capture something elusive, ephemeral, and enigmatic. Her works capture an unseeable moment in time; heightening nature by making the intangible visible. What Arm is representing is unavailable to the human eye but the idea of the form and element is made precise. For Arm, the works possess action in their paused state, like the moment of fission that could be destructive or creative. These many ambiguities create a heightened tension that pushes and pulls the surface and depth of space.

Jamie Sterns, writes of Arm’s work in her essay, “Darkness Within Light”:

“The results are transfixing, the themes subtle; but these are not just pretty paintings and drawings of the earthly and celestial. They are abstractions in the highest form as they contain the essence of their representation. Each line, each point of color, each mark, is both nothing and everything – both infinite and insignificant. This duality is what makes Arm’s works timeless and relevant, as they reflect the condition of existing in both its ceaselessness and its beauty.”

Karen Arm (b. 1962) lives and works in Brooklyn and Shelter Island, NY. This is her sixth exhibition with P·P·O·W since 1999. Arm received her BFA from The Cooper Union in 1985, and while there, studied at the Tyler School of Art in Rome. Arm graduated from Columbia University with an MFA in 1989. Arm was the managing editor of “The Book of Symbols” (Archives for Research in Archetypal Symbolism), published by Taschen in 2010. In 2002 she received a New York Foundation for the Arts Award for Painting. Arm’s works were shown in the United States Embassy in Burma from 2012-16.

Jamie Sterns (b.1981, Seoul, Korea) is based in New York City. She received a BFA from Rutgers University, New Jersey, and an MA from Goldsmiths University, London. She is a writer, blogger and curator and co-directs Interstate Projects in Brooklyn, New York.