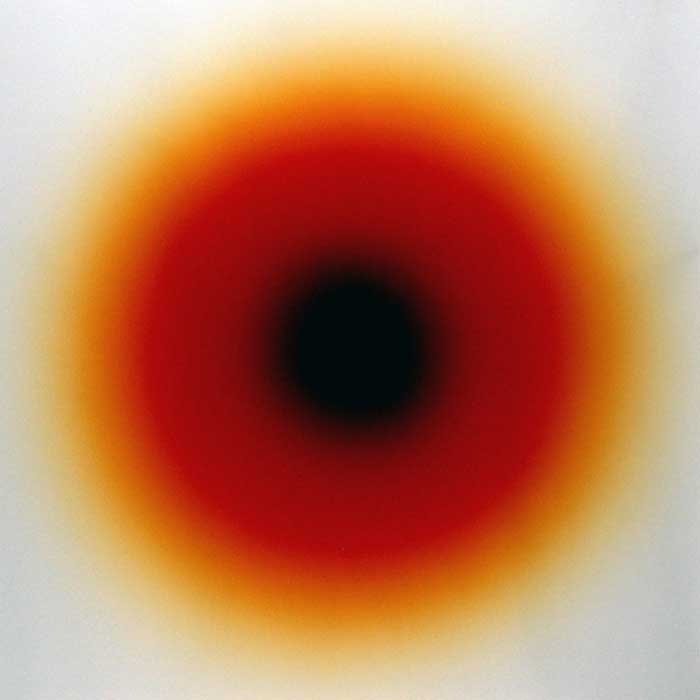 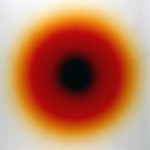 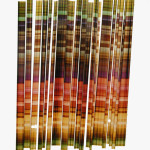 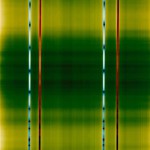 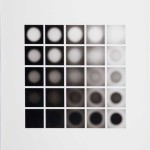 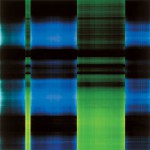 Scheublein + Bak is pleased to announce its first solo exhibition of the German artist Karl Martin Holzhäuser, who counts among the major exponents of “Generative Photography” and who, due to his modular light paintings which particularly resemble the American colour field paintings of the mid-20th century, could easily be described as the colourist of this influential photographic movement.

His artistic background was formed by his two teachers, Oskar Holweck (Werkkunstschule Saarbrücken) and Kilian Breier (Hochschule für bildende Künste, Hamburg), both members of the ZERO movement. Their principal method followed a serial system of programmatic imagery where one image led to the next through certain permutations. Since the moment László Moholy-Nagy revolutionised photography by leaving behind its conventional function as a medium of reproduction and moved towards abstract luminograms and photograms, the postwar movement of “Generative Photography” was a radical new shift. The philosophical theory of the movement was laid out by the German cybernetic philosopher Max Bense, who defined generative aesthetics as “the analysis of art-generating processes into a finite number of constructive steps. Thus, generative aesthetics concerns definite aesthetics. In the ideal case, it leads to the development of programs that serve to produce aesthetic states with the help of program controlled computers”. This revolutionary aesthetic theory of apparatus based art was influential for the rising movement of computer art in the 1960s and lead to the groundbreaking 1968 group exhibition, organised by Gottfried Jäger at Kunsthaus Bielefeld, titled “Generative Photography”. This art historical term has since become seminal in the discourse on digital art.

Gottfried Jäger and Karl Martin Holzäuser first met in the mid-1960s at an exhibition in Cologne, with Jäger later inviting his colleague to become a professor at the Werkkunstschule (later Fachhochschule) Bielefeld in 1970. Jäger and Holzhäuser taught generative photography together over decades in Bielefeld and undoubtedly one of the highlights of their collaboration was their co-production of the 1975 compendium “Generative Fotografie”, with a foreword by the pioneering cyber-artist Herbert W. Franke. This encyclopaedic standard of photographic literature compiled all the known and practiced photo-mechanical and photochemical applications of photography at that time. It also contained Holzhäuser’s mechano optical analyses (Mechano Optischen Untersuchungen) from the 1970s where the artist examined the basics of photography, such as focus and exposure, with simple geometric forms. In order to make his experiments, Holzhäuser used a bench upon which he fixed a camera in front of two transparent glass panels laid in a row. On both panels he mounted simple paper-cut forms such as triangles, squares and circles and exposed them to different modular light sources. The results resembled scientific experiments but at the same time were surprisingly aesthetic and clearly evoked Goethe’s and Itten’s colour theories.

These conceptual, early mechano-optical analyses were followed by painterly calligrams on colour paper. Referring to Moholy-Nagy’s luminograms, which perhaps seemed too random for Holzhäuser, the artist invented a light brush which he named “the light rake” (“Lichtrakel”). This enabled him to determine his own colour compositions but also to create painterly structures and tonalities and to capture a form of handwriting by his use of gesture and handling of the instrument. The light brush is an ordinary wooden box with a fixed light source inside. The plane facing the light sensitive colour paper is transparent with several sections of coloured foil filters and clasps, the colour filters being the complementary colour tone of the intended colour on the paper positive. Through multiple exposures, transparent colour glazes can be created, similar to the use of gouaches in painting, with spatiality and colour concentration being captured through the gesture and rhythm of the application of the light brush. Holzhäuser experimented with colours, tonalities and compositions and used certain geometric measuring devices to the extent that the light paintings can be attributed to the field of generative photography – they were made according to a defined program.

The orange-red light spot (“Lichtpunkt”) is part of a series of seven unique artworks and was created in 1995 when Holzhäuser was invited to participate in the group exhibition “László Moholy-Nagy. Idee und Wirkung” at Kunsthalle Bielefeld. Whereas the Bauhaus artist Moholy-Nagy created playful photograms by exposing miscellaneous objects on silver-gelatine paper and experimented with room installations by using his “Lichtraum-Modulator”, Holzhäuser reduced his photograms to one basic source of colourful light. The artist created an inverse camera obscura by drilling a hole in a can and placing a weak light source inside the can. The hole was then covered by a transparent colour filter and the intensity of the colours of the light spots were controlled by a special albumen colour mixture applied to the filter by the artist. The photographic colour paper was directly exposed to the weak light source overnight with the long exposure time finally creating glowing and vibrating light spots which look not unlike Mark Rothko’s colour field paintings from the 1950s.

The focus of this solo exhibition lies on the rare and important large scale light paintings by Holzhäuser made during his time as a teacher at the academy of Bielefeld, a period during which he created his major masterpieces.