Kei Takemura – Something falling from the sky 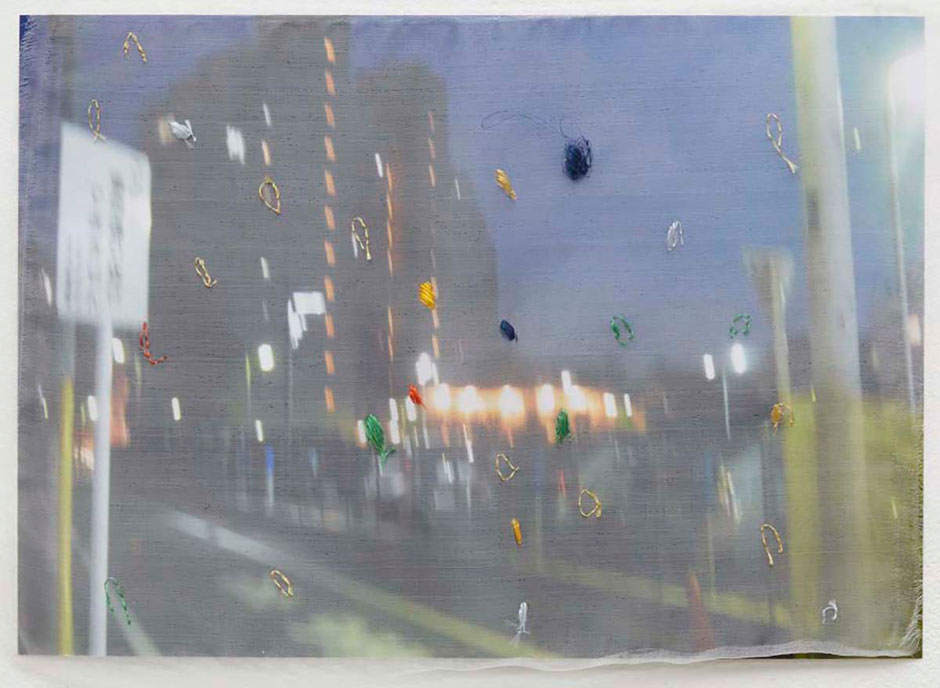 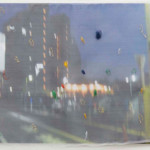 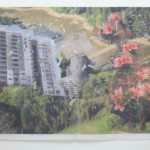 Taka Ishii Gallery is pleased to present “Something falling from the sky,” a solo exhibition of works by Kei Takemura. Four years since Takemura’s previous solo presentation at Taka Ishii Gallery, the exhibition features a selection of approximately 20 works from her latest series, including works that illustrate the artist’s first attempt of appropriating photographic paper.

“Although my memory escapes me as to when exactly it was; I suddenly remembered coming across the news of copious amounts of herring roe falling from the sky due to a truck’s overturned cargo on the highway. I always thought to feel grateful for all the things that fell from the sky, yet on March 11th 2011, in that very moment when I saw the bright blue sky appear stained, I had begun to doubt my own eyes. In December 2012 when I was in Shanghai, the buildings that stood in front of me were seemingly invisible, covered entirely in a heavy cloak of white gas. It was there, at that point in time when I sensed the world beginning to be repainted. Had Danae wished for all those coins? What indeed will fall upon us in the days to come?” (Kei Takemura)

Takemura mentions that in witnessing the Great East Japan Earthquake of March 11th 2011 and the accident at the nuclear power plant that followed, she had felt the environment surrounding her to change completely; from the sky she previously recognized as being blue, to the air she had believed to be colorless. This very sensation that serves as the concept for the works presented in the exhibition, is in itself testimony to the truth that history and culture have indeed not progressed down an apparent and definitive path, but rather is a continuous string of that which has been freely rewritten and propagated through the memories and perceptions of people at a particular moment in time.

For example, in her latest work “Danae,” Takemura includes a reference to Tiziano Vecellio’s painting of the princess Danae as depicted in Greek mythology. While the composition of the work is based on Vecellio’s painting of Danae lying down with golden coins being poured upon her from above, it simultaneously includes moments taken from Takemura’s personal memories of events experienced in her daily life. What in effect functions as an allusion to the original painting within this work, is the Cameo situated in the center of the picture plane. Takemura herself possess a collection of Cameos which are essentially decorations created through engraving female portraits on the surface of shells, yet it is to be noted that there have indeed been moments within history in which shells had been used as currency. In imagining the decorations applied to the golden coins within the original painting, it perhaps becomes possible to instill new meaning to the overwhelming shower of coins that fall forth upon Danae’s body.

In the same manner, the works presented in this exhibition, while basing themselves on scenes encountered by Takemura within her daily life, are respectively bestowed with a new countenance through the artist’s personal sensations and mode of perception, thus symbolically conveying a reality that seemingly ‘could have occurred.’ Kei Takemura’s latest endeavor gives form to the things that continue to exist within our world despite their changing appearance and role, observed and captured through the artist’s delicate and subtle gaze.