Khvay Samnang – Love of the Land 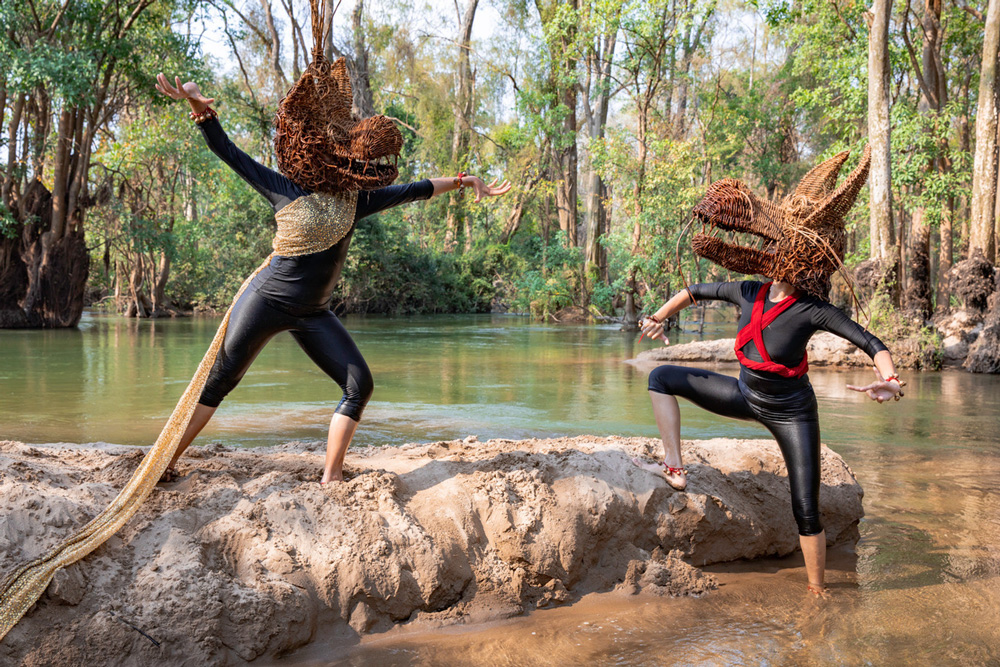 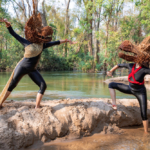 The exhibit at Roppongi features photographs and video works from the series “Popil” (2018), while the show at Tennoz introduces the 2021 video work “Calling for Rain.” Both works will be presented in Japan for the first time.

Khvay Samnang: One of Cambodia’s most internationally renowned contemporary artists who took part in Documenta 14 and 15, raising questions towards the current situation of Cambodia with an air of sarcasm, light-heartedness, and humour

In creating his works, Khvay spends extensive amounts of time on-site engaging with local communities in his effort to research and gain insight on the profound social issues that Cambodia confronts.

While exploring new perspectives and interpretations of history, he serves to sarcastically, light-heartedly, and humorously present multiple layers of meaning through a variety of means including sculptures that incorporate native materials, installations, video art, as well as performances in which he uses his own body.

His photographic and video work “Untitled” (2011) shows the artist pouring sand over himself in Phnom Penh’s lakes, saddened by the fact that the lake he used to play as a child had been reclaimed for development by the rich, resulting in the destruction of the natural environment and the forced eviction of the many families that had resided there.

For the performance piece “Cow Taxi at Asakusa” (2010), Khvay pulled a simple rickshaw around the city offering free rides to passers-by, while wearing outsized buffalo horns sculpted from human hair collected at roadside barbers in Phnom Penh. Conceived in part with reference to the robam trot, a Cambodian folk dance traditionally performed to bring good luck to a house before New Year, the work was enacted toward the conclusion of a residency at Tokyo Wonder Site, intended by the artist to serve as a gesture of thanks towards Japan.

Furthermore, in “Enjoy My Sand” (2013-2015) the artist films himself meeting people on a beach in Singapore made from reclaimed sand imported from Cambodia. Such works that offer questions in creative and stimulating ways typical of a young Cambodian artist of his generation, have continued to attract significant attention throughout the world.

Khvay is highly recognized for his international activities as an artist, presenting solo exhibitions in venues such as the Jeu de Paume (Paris, France 2015), CAPC Musée d’art contemporain de Bordeaux (France, 2015), and Haus der Kunst, Munich (Germany, 2018), and taking part in numerous international group exhibitions including his participation in the 2017 and 2022 Documenta (as a member of Sa Sa Art Projects). This year, he will also participate in “Kinan Art Week 2022,” which takes place in the Wakayama prefecture from October 6 to 16.

His works are included in the collections of the National Gallery of Australia, Singapore Art Museum, and KfW Bankengruppe, Germany, among others.

The history of Cambodia and its current situation serves as a significant backdrop for Khvay’s work.

For a period four years starting in 1975, Cambodia experienced a tragic moment in history in which millions of its own people were slaughtered, religion and education were denied, and cultural heritages were destroyed under the Pol Pot regime. As a result, approximately half of the population is currently under 30 years old, with the average age of its citizens being 23.9.

In recent years, the nation has achieved a rapid and high level of growth with investment from foreign companies such as China, targeting the young labour force. However, this has caused the exploitation of natural resources and a rise in environmental pollution, while many people still suffer from poverty.

Khvay has stated as follows in an interview:
“A developing country has to deal with the great impact of environmental issues, I question what the development is for — for what and for whom?”

Presented in Roppongi, the multi-channel filmic works and installation “Popli” was produced at the time of the artist’s solo exhibition at Haus der Kunst, Munich in 2018.

“Popil” is the name of a ritual that is originally performed in Cambodia at coming-of-age ceremonies, weddings, and funerals.

Following the “The way of the spirit” that was commissioned by Documenta 14, dragon masks woven from vines plays a symbolic part in this work.
The narrative of the work features two masked dancers performing a modern version of the classical Khmer “Robam kbach boran” dance, taking on the form of two dragons. Taking on various roles such as fisherman or people suffering from a dam breach depending on the scene, the two dragons dance eloquently to suggest a story of love, tension, and struggle.

The two dragons also symbolize China and Cambodia, whose twirling, circular movements mimic the flow of a large river, as well as the complex and intricately intertwined relationship between the two nations.

The video work “Calling for Rain” presented in Tennoz, is Samnang’s latest work that was commissioned for the 2021 Children’s Biennale by National Gallery Singapore.

Drawing inspiration from “Reamker,” the Cambodian version of the Sanskrit epic Ramayana, the story follows the quest of Kiri (The Monkey) after the loss of his home due to the destruction of the forest. As the narrative unfolds, it becomes clear that the problems of the forest and its surrounding fields and rivers are linked to the irresponsible behaviours of Aki (the Fire Dragon). Kiri summons his strength and, with the help of his friends and beloved KongKea (The Fish), screams a voice for rain to stop the fire, which also brings about a change in Aki.

Khvay’s work, by shedding light on the current situation in Cambodia, offer suggestions for the future through new approaches and universal issues that are also relevant to us.

Every event or occurrence has many different sides. What is indeed currently happening to our land? It can be said that everything is a question that arises from the “Love of the Land,” ― Khvay’s love and respect for the land and the earth.