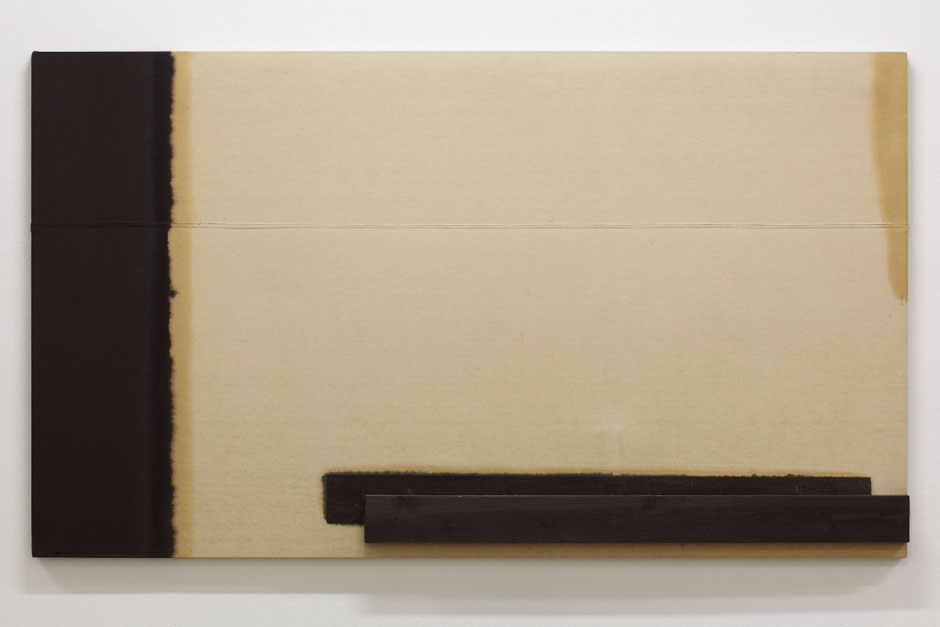 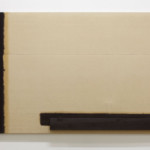 Taka Ishii Gallery New York is pleased to present a solo exhibition of works by Koji Enokura (1942-1995). This exhibition will feature works titled “Intervention and Print (STORY AND MEMORY No.1)”, a major late series; large drawings from the 1980s; and “P.W.”, a series of photographic works shot, selected, and numbered by the artist.

The everyday slides into the pulse of the physical body and is transmitted outside along with it. There exists a dull sense of skin-like membrane that separates our existence from the everyday world. What is frightening about our relation to objects is that when we persistently look at things – a cup, for example – the connection between the object and its name becomes tenuous. The cup turns into glass, the glass into transparency, and transparency infinite. It’s necessary to fix this ambiguous and expanding relation between humans and objects somewhere and spit it out with the body’s pulse. A cup, chair, and window contains all. A cup, however, is a cup; a window is a window; and light is light. Cups, windows, and light all have a multi-layered weight behind them. This is why we cannot possess them. (Koji Enokura, “Souzou no genten” [the origin of creativity], “Mizue”, Tokyo: Bijutsu Shuppansha, Jan. 1972.)

Koji Enokura was fundamentally interested in the real responses and interventions that occur when the physical human body and materials confront each other in space. He aimed to use his own body as a medium to problematize the reciprocal relation between things and the space exterior to them. The late 1960s was a time, globally, of rapid economic and political changes and radical doubt regarding existent value systems. Arte Povera, Support/Surface, Anti-Form, and, in Japan, Mono-ha presented major shifts in postwar art. Enokura is considered a member of the Mono-ha, and shares concepts with other Mono-ha artists who began working in the late 1960s and early 1970s, but his practice, which was carried out in multiple media including installation, painting, and photography, exceeds the context of Mono-ha and continues to receive increasing global attention today.

The “Intervention” series, which comprises two-dimensional works made by staining canvas and cotton fabric supports with oil and ink, is one of Enokura’s major works of the 1980s. Beginning in the 1970s, he used a typical materials such as soil, water, and oil as media in his installations. In “Intervention”, boiled oil, ink, and silkscreen printing intervenes with the support of the work. Tracing and intervening with the material and space of the support, these works make the viewer aware of the body’s contact with things, which is ordinarily performed unconsciously. Enokura believed that humans can only attain self-consciousness when they confront things with their awareness and sense in the tension produced in the distance between bodies and things.

In addition to the series described above, this exhibition will feature Enokura’s large drawings from the early 1980s and “Print (STORY AND MEMORY No.1)”, an installation piece from the 1990s. The drawings, which have rarely been exhibited, are made with oil stains and conte traces, which underscore their own materiality in a manner that seems to transgress the medium of painting.

Enokura also created unique photographic works between the early 1970s and mid 1990s. Having participated, alongside Takuma Nakahira and others, in the 7th Biennale of Paris in 1971, Enokura was strongly influenced by the photography magazine “Provoke” and went on to produce conceptual photography addressing the confrontation between matter and existence. The “P.W.” series comprises underexposed photographs of everyday objects, such as windows and their frames, sunlight shining through windows, floors, tables, and water on tables, in his home as well as exhibition spaces. The images are sometimes “cut” by shadows and frames, and at other times obstructed by the spatial structures or the positioning of things. The resulting photographs underscore the “edges,” where things come into contact with other things and their surroundings. “Symptom-Lump of Lead to the Space I (P.W.-No.41)” (1972) documents a moment when a lump of lead was thrown inside a corridor in the Yokohama Civic Art Gallery. It also successfully captures the ambiguous space by introducing a foreign object within it. These works constitute important and unique manifestations of his ideas through the optical instrument of the camera.

Koji Enokura was born in Tokyo in 1942. In 1968, he received his master’s degree from the Oil Painting Department of Tokyo National University of Fine Arts and Music, where he also taught between 1975 and 1995. His major solo exhibitions include “Koji Enokura: Works of Photography 1972-1994,” Saito Memorial Kawaguchi Museum of Contemporary Art, Kawaguchi (Saitama, 1994); “Recent Works 14 – Koji Enokura,” National Museum of Art, Osaka (1994); “Koji Enokura: A Retrospective,” Museum of Contemporary Art, Tokyo (2005). Since the start of his career, he was also included in numerous international exhibitions. In 1970, he participated, alongside artists such as Richard Serra, Christo, Carl Andre, and Jiro Takamatsu, in the landmark exhibition “10th Tokyo Biennale: Between Man and Matter” commissioned by Yusuke Nakahara. In 1971, he participated in the “Interventions” section of the 7th Biennale de Paris with Susumu Koshimizu, Takuma Nakahara, and Yoshida Katsuro and received the highest scholarship award. Enokura’s works were also exhibited in the Venice Biennale (1978 and 1980); “Avanguardie Giapponese degli Anni 70,” Galleria Comunale d’Arte Moderna di Bologna (1992); Setagaya Art Museum (Tokyo,1993); “Reconsidering Mono-ha,” National Museum of Art, Osaka (2005); “Re: Quest―Japanese Contemporary Art since the 1970s,” Seoul National University Museum of Art, Korea (2013); “Prima Materia,” Punta della Dogana (Venice, 2014).