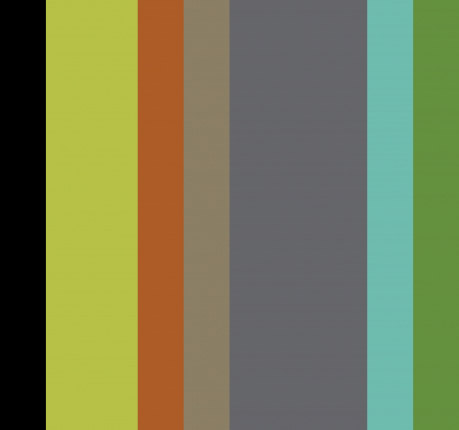 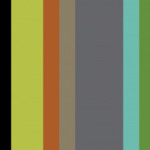 Regen Projects is pleased to present “Subject, Predicate, Object”, an exhibition of new work by Lari Pittman and Silke Otto-Knapp.

Titled after a text by modernist poet Marianne Moore, the installation is conceived as a dialogue between the two artists. At first the superficial differences between the works on view belie their respective similarities. Yet upon closer inspection established affinities are revealed that unify this otherwise unexpected pairing.

Placed in the center of the gallery, Lari Pittman‘s ten large-scale artist books entitled “A History of Human Nature (I-X)” are presented on an interconnected constellation of pedestal tables designed by LA-based firm Michael Maltzan Architecture. Arranged along the tables like a series of sequences, each book is assigned a distinct color palette that sets the mood and tone for the work. Referencing the past and the tradition of illuminated manuscripts in western art history, the paintings featured in each book are simultaneously rooted in the present, depicting a fully developed and autonomous world that catalogues aspects of human behavior and nature. Pittman’s singular aesthetic merges symbolic language, decorative motifs, and abstract, geometric forms with animal surrogates and fantastical architecture. Plate by colorful plate is paired with an individual title that invites the viewer to enter a state of reflection, parsing the relationship between text and image, and situating themselves within the work.*

The installation continues along the gallery walls, where a group of paintings by Silke Otto-Knapp are rendered in crepuscular hues of blacks, grays, and whites. Similarly engaging with the history of painting, Otto-Knapp’s works embody distinct temporalities and moods, while at the same time eschewing facile identification and locational attributes. Subtle washes of watercolor are built up layer by layer on the surface of the canvas to create form. In one painting, an expansive landscape is constructed amid the contrast of sea and sky and bordered by a decorative column on which a geometric motif is repeated. Another likens the picture plane to a proscenium stage, featuring clusters of figures interacting and moving within the compressed space. The constructed allusion of space repeatedly draws back to the flatness of the picture plane as the viewer’s eyes travel across the paintings, moving through time and space.

Lari Pittman (b. 1952) lives and works in Los Angeles, CA. Selected solo exhibitions include “Mood Books”, Huntington Library, Art Collections, Special Collections, and Botanic Gardens, San Marino (2016); “A Decorated Chronology”, Contemporary Art Museum St. Louis, St. Louis (2013); Le Consortium, Dijon (2013); Villa Arson, Nice (2005); Institute of Contemporary Art London (1999); and Los Angeles County Museum of Art (1996). His work will be the subject of a major retrospective exhibition at the Hammer Museum in Los Angeles, opening in the fall of 2019. He is a Distinguished Professor in the Department of Art at the University of California, Los Angeles.

*Throughout the duration of the exhibition Pittman will be present in the gallery every Saturday from 2:00 – 3:00 pm to turn the pages of the books for visitors.