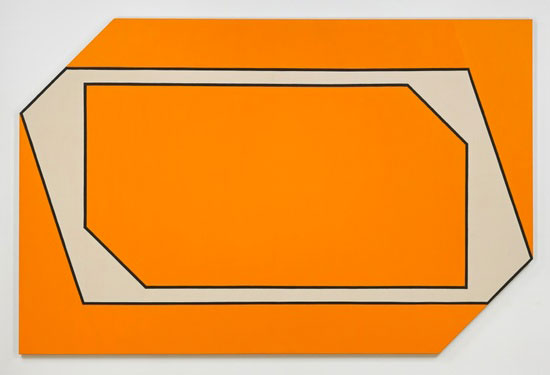 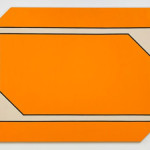 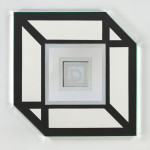 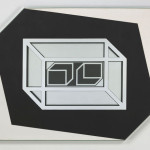 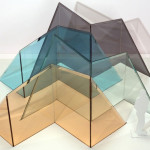 Hauser & Wirth is pleased to present ‘Larry Bell. From the ’60s’, the gallery’s first exhibition devoted to the internationally-admired American artist whose innovative approach to sculpture and perceptual phenomena placed him uniquely at the hub of Southern California’s Light and Space movement and New York Minimalism in the sixties, and continues to inform his vibrant work today.

Bell emerged in the 1960s among a circle of avant-garde artists who shared an attitude towards experimentation, invention, and discovery – simultaneously straddling East Coast and West Coast schools of thought and practice. Known foremost for his refined surface treatment of glass, Bell’s diverse, prolific production extends from painting to works on paper, glass sculptures in various scales, site-specific installations, and furniture design. Through an uncanny ability to exploit the inherent properties of his chosen materials, Bell challenges accepted notions of perception. Featuring rarely seen examples that are among the most important pieces of his early career, ‘From the ’60s’ offers visitors insight into this ability: the exhibition reveals the diversity of Bell’s work and celebrates his lifelong fascination with the perceptual effects of illusion and the sensuality of light.

The exhibition opens with a proliferation of early meditations on cubic form with paintings and constructions on the gallery’s first floor. The works here introduce visitors to the genesis of Bell’s oeuvre, in which painting and surface treatments are explored as important elements in the creation of three-dimensional objects.

Beginning in 1960, Bell executed a small series of shaped canvases onto which he painted simple geometric forms. ‘Lil’ Orphan Annie’ (1960), named for its vibrant color, exemplifies Bell’s efforts to alter the volume of his surface, painting hard-edge polygonal silhouettes that mirrored in reverse the shape of the canvas itself. Hinting at, pre-dating, and even pre-supposing the three-dimensional rendering of ‘the cube’, Bell attempted to stretch his early works on canvas towards another dimension in which painting imitated sculpture, achieving both surface and depth. ‘I painted modifications of the space in that shape on shaped canvases’, Bell explains, ‘and pretty soon I realized that I was doing illustrations of volumes. I decided to stop… and go ahead and make the volumes themselves. That was the point at which I became a sculptor.’

Bell’s vision gained focus while he studied under Robert Irwin at the Chouinard Art Institute (now CalArts) in the early 1960s. It was during this period that Bell first encountered glass while working for a framing company. Fascinated by its potential to transmit, absorb, and reflect light, he began experimenting with the medium’s unique characteristics in a series of early constructions that included glass panes. Thus Bell marked his first foray into sculpture, transcribing form to diagrammatic space. ‘Ghost Box’ (1962 – 1963) exhibits the artist’s first use of vacuum-coated glass, wherein thin layers of metallic particles have been vaporized and deposited onto the surface. The effect is surreal, exuding an almost mystical quality, as a veiled cubic form slowly appears in the reflections on glass. Thrusting his practice forward, ‘The Aquarium’ (1962 – 1963) is Bell’s first all-glass construction, a freestanding sculpture that engages relationships between matter, perception and form. This pivotal work anticipates Bell’s later, celebrated glass cubes.

During the 1960s, Bell experienced significant success in New York with his debut solo exhibition at Pace in 1965, and via participation in the seminal group exhibitions ‘The Responsive Eye’ (1965) at the Museum of Modern Art, and ‘Primary Structures’ (1966) at The Jewish Museum. But unlike East Coast peers such as Donald Judd, who ‘delegated fabrication’ with an emphasis on repetition and serialization, Bell sought to bring commercial industrial processes back into his studio, and to focus instead on a meditation and manipulation of surface. Never satisfied with the coated surfaces produced by commercial fabricators, Bell began using a high-vacuum coating system in 1965 (his studio acquired its own in 1969) and began to immediately experiment with the process of ‘thin film deposition’. The vacuum manifested itself as a convergence point in Bell’s work, unleashing both greater freedom of improvisation and more control.

On the second floor, ‘Standing Walls’ (1968) deliberately breaks down the structure of the cube and initiates Bell’s first series of large-scale, freestanding sculptures. This work represents a radical departure and breakthrough for the artist. From a six-sided cube to the rendering of freestanding panes, Bell is here expanding visual and physical fields of perception, dramatically increasing scale and the reductive elimination of form. Comprised of seven glass panels, each standing eight-feet tall, the anaxial structure of ‘Standing Walls’ zigzags alternatively between clear and grey float glass. Giving new emphasis to the point at which the corners and right angles take shape, Bell builds dense chromatic gradations that fade from the edges toward the center of the glass. Paradoxically translucent and reflective, illusive and material, Bell’s subtle tonal variations shift with the viewer’s position from pewter and smoke to ash.

Also on the gallery’s second floor, visitors will find three ‘Untitled’ domestically-scaled prism shelves (1968 – 1970), early works evidencing the artist’s mastery of his new technique. Thin layers of metallic film transpose the properties of ambient light, so that as soft wafting beams illuminate each sheet, gradient reflections of evanescent color materialize on both the wall and the glass surface itself. The interplay of surface and light materializes so subtly here, that the intensity of color shifts from vibrant hues to near invisibility with a simple shift of the viewer’s head.

Also on view on the second floor is ‘Moving Ways’ (1978). A nine-part opus on paper mounted directly onto the wall, ‘Moving Ways’ is Bell’s most ambitious effort from the year in which he embarked upon two-dimensional investigations into the absorbency and reflectivity of light. ‘Moving Ways’ belongs to the artist’s series of Vapor Drawings, which generate images on paper using the same coating process that Bell employed for glass. Created in Bell’s studio vacuum chamber, thin layers of aluminum and quartz are evaporated to the paper’s surface in gradient thicknesses that build alternating bands of gradient and optical effect.

Two major glass installations – ‘Untitled Trapezoid Improvisation’ (1983) and ‘Made for Arolsen I’ (1992) – dominate the gallery’s third floor and present Bell in full mastery of light and space. Comprised of an outer- and inner-square of rose and azure-colored glass, ‘Made for Arolsen I’ illuminates its surrounding environment with opulent light – interacting with materiality and space in an exchange of energy that advances beyond its form. Here, the ethereal beauty of Bell’s nuanced vision transpires from an aesthetic language giving way to the spontaneous play of light and its infinite perceptual possibilities. Through this singular study, we find Bell continuing to redefine phenomenological space, and seeking ever more powerful ways to make the material and immaterial converge.