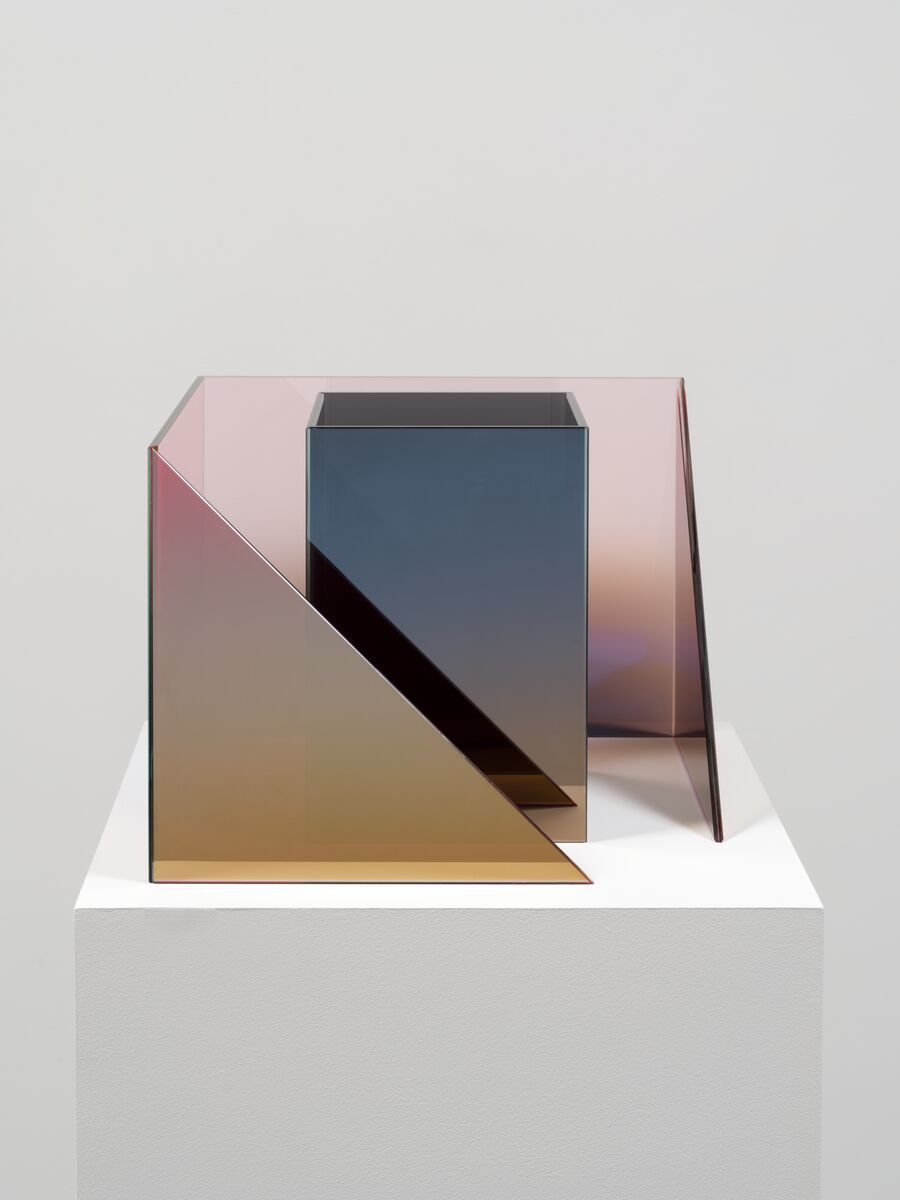 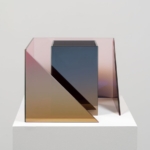 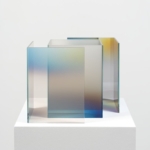 One of the most renowned and influential artists to emerge from the Los Angeles art scene of the 1960s, Larry Bell presents brand-new works from his most recent “Deconstructed Cube” series and his “Open Box” series. Known foremost for his refined surface treatment of glass and explorations of light, reflection, and shadow through the material, Bell’s significant oeuvre extends from painting and works on paper to glass sculptures and furniture design. The exhibition of two large-scale sculptures and a selection of smaller-scale works combines elements from Bell’s detached “Standing Walls” and his “Nesting Cubes” series. A solo exhibition of works by Larry Bell, which opened on 12 March 2022, is on display at Dia Beacon in New York, bringing together a focused selection of Bell’s early sculptures alongside a new diptych entitled “Duo Nesting Boxes” (2021).

A leading exponent of California’s ‘Light and Space’ movement, Bell has consistently focused on the properties of surface and light throughout his career. Glass is a material central to Bell’s practice; through it, he can generate spatial ambiguities based on the quality of glass surfaces which allow light to be transmitted, reflected, and absorbed all at the same time. He has said: ‘Although we tend to think of glass as a window, it is a solid-liquid that has at once three distinctive qualities: it reflects light, it absorbs light, and it transmits light all at the same time.’ He creates fleeting sensory experiences of changing colour and light that give form and physicality to the otherwise intangible.

Fundamentally optical, Bell’s sculptures move beyond the traditional bounds of the medium, exploring the elusive nature of three-dimensional objects in phenomenological space, seeking ever more powerful ways to make the material and immaterial converge. For the first time, in Bell’s “Deconstructed Cubes”, the artist combines elements from his signature glass cubes and his more architecturally scaled, fragmented, crystalline forms or what he refers to as ‘standing walls.’ Both the “Deconstructed Cube” and “Open Box” works in small and monumental sizes are visually complex sculptures made up of a sequence of layered reflections and quadrates, converging hues and densities while maintaining the physicality and mass of the glass. The work explores ideas of perception, layering, and opacity and responds to the dynamics of the space. In the process of arranging the glass panels, Bell allows the particular conditions of natural light at different times of the day to transform the sculpture. Here, the ethereal beauty of Bell’s nuanced vision transpires from an aesthetic language giving way to the spontaneous play of light and its infinite perceptual possibilities.

Since 1969, Larry Bell has been utilizing a machine he refers to as ‘The Tank,’ which allows him to coat glass in specific ways and alter how absorbent, transmissive, or reflective it appears. For this, Bell uses a thermal evaporation technology developed for cutting-edge aeronautics and optics to deposit films of vaporized metallic and non-metallic substances onto glass panes without altering the glass’s fundamental nature. The reflections imbue the sculptures with an apparent saturation and density of colours, reacting with the different shades of laminated glass that Bell uses, such as ‘Amethyst’ and ‘True Fog’ in the small-scale works. The clean lines of these new sculptures create an exquisite contradiction between the physical mass of the glass and the evanescent nature of what is seen and experienced, contributing to the elusive nature of the work. The viewer is also drawn in by the multitude of reflections within the sculptures. We are at once seeing ourselves and others reflected, alongside the subtle interaction of gradient reflections between the inner and the outer square that affects the viewer’s perception, not just of the sculpture itself but of the surrounding space.

Bell’s smaller-scale works form a precursor to his larger-scale works, demonstrating his process and forming a central part of his practice today. The juxtaposition of small-scale sculptures with their larger-scale counterparts in this exhibition showcases the artist’s process and the unparalleled technical skill he has brought to the fabrication of his art over six decades.