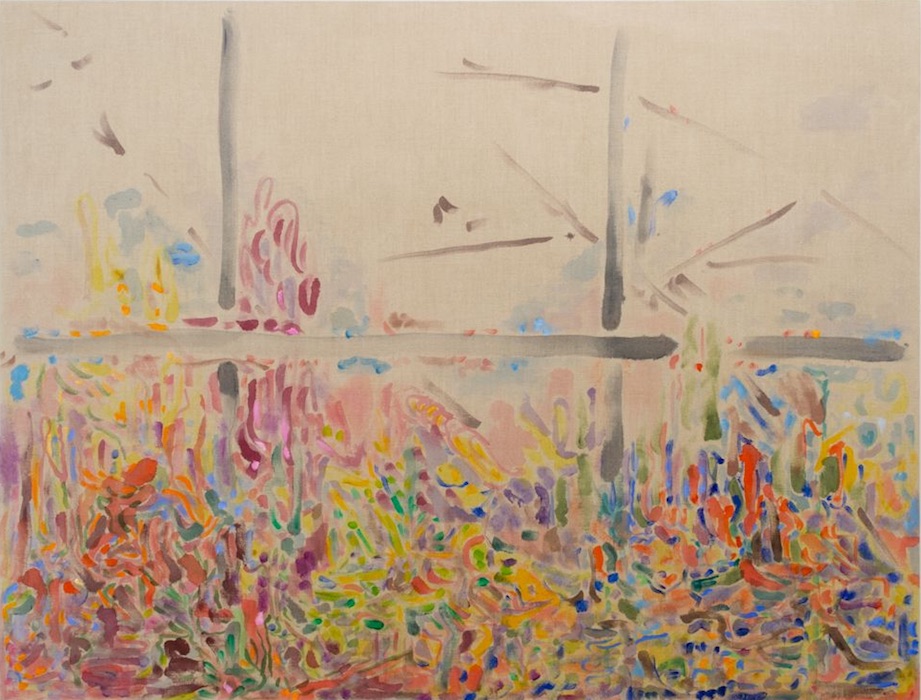 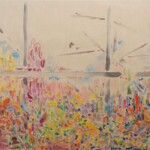 Over the course of the past 25 years, Laurie Reid has honed a range of abstract visual languages on both paper and canvas, often mining the delicate relationship between control and chance. Her voice is subtle and searching, yet specific in its openness, finding surprising power in the interplay of simple formal elements. The paper works and oil paintings on display in SPAN represent two distinct threads of Reid’s practice:

Collectively called “Hewn”, the works on paper are chiefly an investigation of the painted mark as a building block of form. Reid likens these marks to letters in an alphabet or syllables in words, reflecting her longstanding interest in literature and the organization of language. In each artwork, we encounter structures of varying degrees of complexity, guiding our eyes in different directions. Rather than abiding by strict formal parameters, however, Reid prefers to hover around the limits of form — approaching and inhabiting the charged moment when nothing starts to become something.

By contrast, the works on canvas build on the language of landscape, where, in the artist’s words, “the mind, the hand, and nature intersect to create what we call a landscape”. The paintings take cues from Reid’s watercolors and often feature glowing white grounds softly covered in delicate, semi-transparent brushwork. Her color palettes in these works range from the airy to the earthy, gem-hued, and even acidic. Reid considers these paintings as much mindscapes and bodyscapes as landscapes, sometimes to the point where the resulting images barely resemble the place of depiction. In all of Reid’s works, references to the worlds of nature or language ultimately fall away, laying bare the workings of the artist’s mind and body engaged with her materials.

Laurie Reid was born in Minneapolis, MN and grew up in Eugene, Oregon. She received her BA in French Literature from Reed College and an MFA in Painting and Drawing from the California College of the Arts in Oakland/San Francisco. Laurie has taught painting and Drawing at the San Francisco Art Institute and has been a Studio Advisor in the Graduate Fine Arts Program at the California College of the Arts. Laurie has shown her work extensively on both the West and East Coasts. Her work can be found in many museum collections including the Museum of Modern Art and Whitney Museum of American Art in New York, The San Francisco Museum of Modern Art and De Young Museum in San Francisco and the National Gallery in Washington, DC. She lives and works in Berkeley and Oakland, CA.