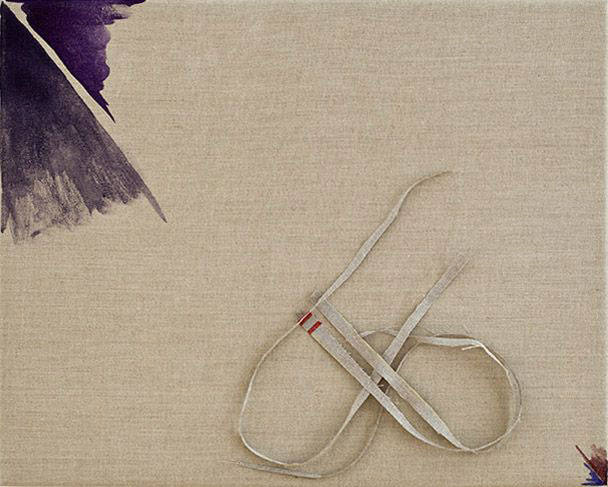 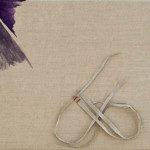 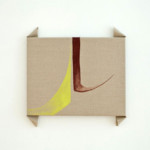 Morgan Lehman is pleased to present an exhibition of recent paintings by California-based artist Laurie Reid. This is Reid’s first solo exhibition with the gallery, and her first exhibition in New York City since 2012.

Known for engaging watercolor in ways that are uniquely contemporary, Reid’s new work continues and expands this approach, via abstract, minimalist paintings that emphasize precision on one end of a continuum and chance on the other, bringing both into a harmonious and cooperative balance, invoking new, penetrating notions of form and space.

In some of these pared down works, linen canvas is gently unfolded from its moorings, and serene yet deliberate brushstrokes engage with the linen. In others, Reid has trimmed and carefully applied slivers of fabric or paper that seem to delicately grow forth from the surface.

The quirks of the watercolor medium take center stage, while the organic in Reid’s titles reveals itself through her imaginative uses – both discretely and in tandem – of linen and paper surfaces, presenting a clever and moving dimensionality.

She is a winner of the SECA Award from the San Francisco Museum of Modern Art, and was featured in the 2000 Whitney Biennial. Her work has been reviewed in the San Francisco Chronicle, ARTnews, Art in America, Artforum, the Los Angeles Times, the Boston Globe, and the Philadelphia Inquirer.