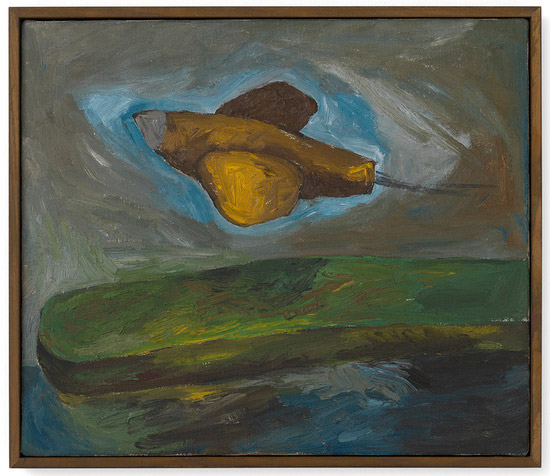 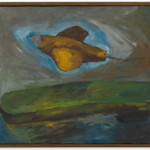 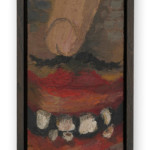 ‘Psychoanalysis, the rejection of marriage and motherhood, traditional femininity, tightly scripted roles and behaviour, an upending of what had come before, all this can be seen in the paintings and drawings she created in the early 1960s: all display an unbridled will to misfit.’ (Bob Nickas)

Hauser & Wirth is pleased to present a powerful body of painting executed by Lee Lozano c.1962. These 27 works belong to the artist’s first major painting series and are stylistically distinct from the minimalist aesthetic of subsequent paintings, or the late conceptual works that brought her notoriety. Oil paint is heavily applied to vivacious figures and objects; intimate in scale, each is densely packed with sexually charged imagery and aggression. Lozano’s work and attitude radically dismantled notions of ‘the feminine’ at a time when the parameters of feminism were in their earliest stages of definition. The c.1962 paintings speak to the artist’s attempts to grapple with these boundaries. Lozano would remain an active presence in New York until 1972, when she made a dramatic withdrawal from the art world.

The exhibited paintings present male and female body parts and objects morphing together and mutating with an assortment of vessels such as paper bags, cardboard boxes and cups. The rich paint evokes a dark sexual energy, something the artist termed ‘the cosmic fuck’. The forms typically enter or emerge from one another and Lozano plays with positive and negative space to create miscellanous orifices. Lozano also invokes gothic imagery: a set of red lips, with unusually large teeth and a set of fangs is a recurrent motif. Throughout the series the crude brushstrokes seem hastily applied, lending the works a sense of urgency and volatility.

In the following decade, Lozano fought to consolidate her artistic self in a realm void of systems, rules and group consciousness. She pursued a wholly independent solo studio practice which culminated in her rejection of the New York art world and association with women. First she refused to attend public functions and withdrew from the activities of the Art Workers Coalition, then relocated to Dallas. ‘By refusing to speak to women’, says Molesworth, ‘she exposed the systematic and ruthless division of the world into categories of men and women. By refusing to speak to women as an artwork, she also refused the demand of capitalism for the constant production of private property… The strategy of rejection is a powerful one.’