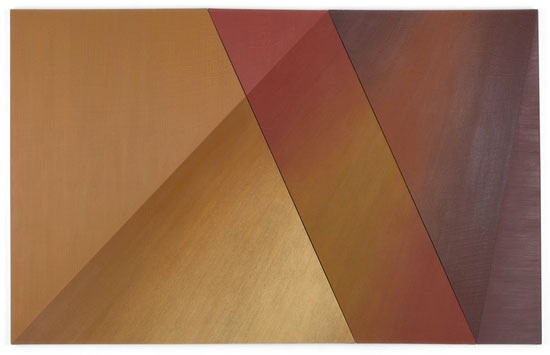 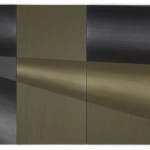 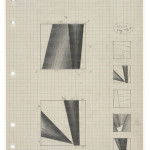 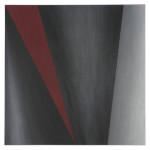 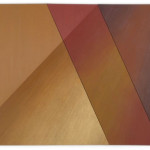 Hauser & Wirth is proud to present ‘Lee Lozano. Drawings & Paintings’, an exhibition that brings together a group of works from years of 1964 and 1965, a critical time of development for the artist.

Lozano’s art, produced over the course of little more than a decade, is striking for its breadth and energy, and admired for its daring physicality and tirelessness in investigating the body and issues of gender. In short, Lozano’s oeuvre comprises a search for a truly authentic form of expression. Standing apart from the detached and rarified conceptual art in her time, Lozano merged art and life, images and ideas together, in works characterized by a unique use of paint, language, and action.

Central to the exhibition are five-large scale paintings, each titled after a verb – ‘Pitch’, ‘Slide’, ‘Lean’, ‘Swap’, and ‘Cram’. Rendered in dark, smoky tones and lustrous metallic colors, these nearly abstracted canvases are visual distillations of force. Insistently physical, paint is felt as solid matter and concentrated energy. They emerged from Lozano’s renowned ‘Tool Paintings” of the early 60s, which depict screwdrivers, bolts, wrenches, clamps, and hammers so anthropomorphized that they appear to be objects in sexualized motion. However, in the canvases on view at Hauser & Wirth, the provocative and aggressive emotional intensity has shifted away from figuration and derives instead from the extraordinary way in which Lozano worked.

In the verb paintings, the hard edges of the Lozano’s tools have morphed into optically complex geometric forms; their punning, overtly sexual connotations are concentrated here into a profound investigation of matter. Using three-inch housepainters’ brushes to create a finely ridged, slightly reflective surface, Lozano conveys the shape and directional thrust of her forms and suggests a full-bodied physicality. ‘It’s not just surface roundness that turns me on’, she wrote in 1968, ‘it’s the feeling of density, mass and weight’. In such works as ‘Slide’ (1965) and ‘Lean’ (1965), Lozano has literally clamped her canvases together, compounding their physicality along the straight, sharp geometric lines where form and color converge. Employing oil paint for its rich, tactile, and sensual qualities, Lozano achieves thick monochromatic fields of color, rendering images that teeter between three-dimensional spatiality and the planar two-dimensional surface. The verb paintings balance illusionist impressions with sharp points, angles, and spiraling cone-shaped forms.

Also on view at Hauser & Wirth will be a group of drawings in graphite on paper. These small preparatory drawings reflect the artist’s formal training. Meticulously prepared and calculating in her precision, Lozano pushed her ideas and studies for canvases to extremes. On lab book pages, beside the studies, she would work out mathematical proportions, reworking and examining every angle, literally making note that ‘angle CAB = angle EDG’. In a sort of physical endurance contest, Lozano labors over the act of creating art, exerting an energy and coercive charge that manifests and infuses her abstract forms with a sense of palpable three-dimensionality.

Lee Lozano left New York in 1972, staging her own exit and disengaging herself from the art world completely. She eventually settled in Dallas, Texas where she lived until her death in 1999. Her short lived but influential career remains a source of fascination, lauded by Lucy Lippard as the foremost female conceptual artist of her era in New York.