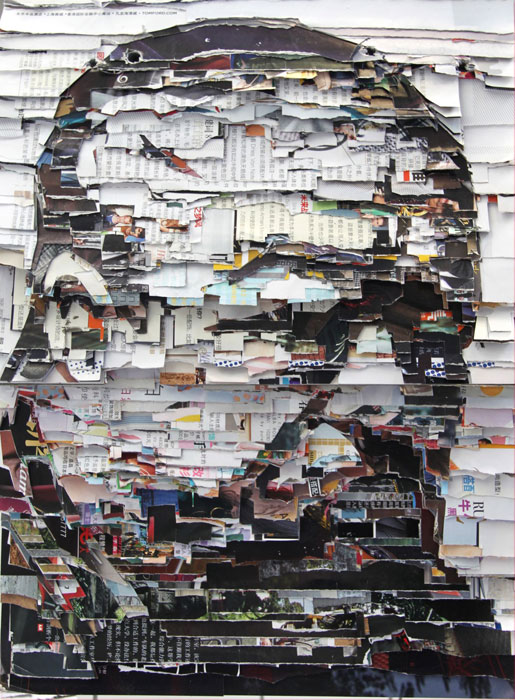 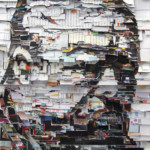 Klein Sun Gallery is pleased to announce the first solo exhibition in the U.S. by Beijing-based artist Li Qiang.

Contrary to other traditional techniques such as paintings, Li Qiang’s works come into being through dematerialization. In his practice, the artist often shreds popular books and magazines from mainstream and official presses, piecing the scraps together into a new collage image. As a dissenter and rebel against the orthodox, Li Qiang often conveys a skeptical outlook in his works by constantly confronting mass production and consumerist issues prompted by today’s media.

This solo exhibition presents selected works from the artist which were created in 2015 and 2016. In these recent works, Li Qiang focuses on images of political figures, activists, and books. Through breaking up image and text from different magazines, Li Qiang uncovers the figure of several political activists. In another work, “Ocean” (2015), the artist stacks layers of magazine fragments, creating an image of ocean waves, dissolving the original information and meaning from the magazine.

In the process of tearing, Li Qiang reveals to us that information, knowledge, and the truth can always be reconstructed and distorted, and therefore may have exacerbated the confusion inherent in today’s information age.