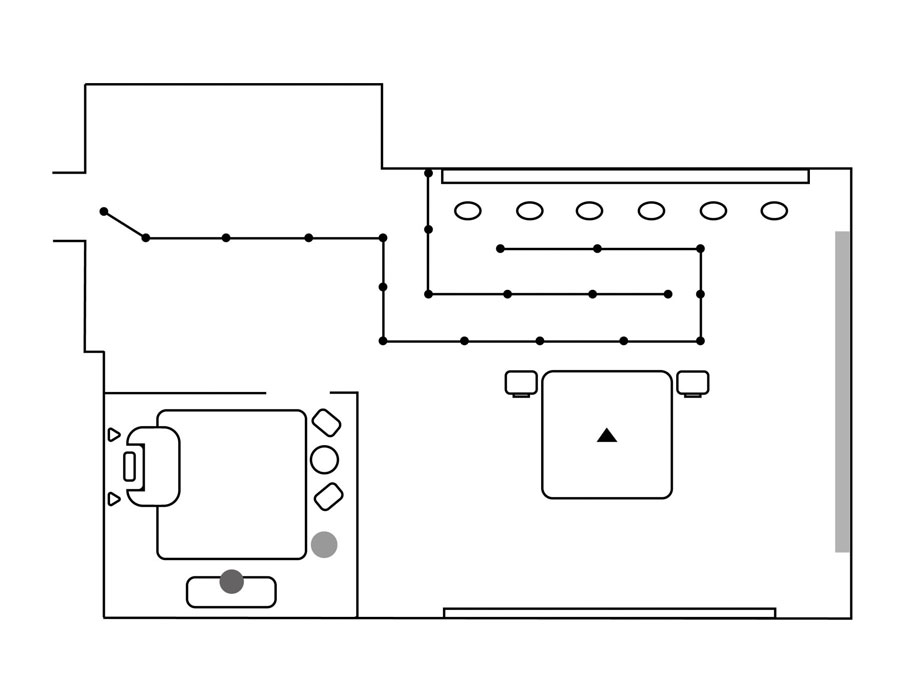 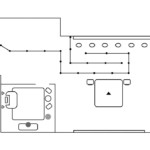 “Here the conscious acts like a man who, hearing a suspicious noise in the cellar, hurries to the attic and, finding no burglars there decides, consequently, that the noise was pure imagination. In reality, this prudent man did not dare venture into the cellar”. (Carl Gustav Jung: Modern Man in Search of a Soul)

Klein Sun Gallery is pleased to announce “Lí Wei: Cellar and Garret”, the artist’s first solo exhibition in North America. Using Gaston Bachelard’s elaboration on Carl Jung’s psychoanalytic studies on space as a base point, Lí Wei brings a group of installations which demonstrates a seeming cellar and garret, unleashing an unorthodox conversation between the viewer’s internalized desire and external facade of hypocrisy.

In Bachelard’s psychology, a garret gives shelter from fear where all thoughts are clear and conscious while a cellar hosts all subterranean forces where rationalization is never definite and one’s unconsciousness dominates. Verticality and centrality are the two key elements hosted by a versatile space with a cellar and a garret. Lí Wei entertains and executes both elements by incorporating a sharp contrast in style between the two divided gallery spaces and at the same time choosing subjects and objects that are plainly and blandly derived from our every-day life which evokes personal resonation for its viewers. In this sense, Lí Wei’s work is like a skeleton stripped of any flesh, nationality, race, personality or emotion and only by subjectively filling in these contents will you have a full perspective of what you are looking at – it likely will be pieced together into a subconscious version of yourself.

For Lí Wei, alcohol acts as a catalyst for us to dive into our subconscious. With “Reality and Reflection, Sense and Sensibility” (2017), salon conversations of six people with distinct backgrounds, interests and personalities were recorded to showcase how alcohol influences their emotions, subjects of interest and desires which they might not be willing to share while sober. With the seemingly unnecessary and burdensome crowd-control lines – which we are all too used to dealing with at airports – physically presented at the gallery, this video installation is precisely determined as the first piece to be viewed. Departing from the real world, it is a deep dive into the unconscious. The stage is set.

After a swim in the “Cellar” of dark swamp, when entering the front gallery, “The Garret” is presented where everything seems to be organized, rational and perfect. The space is decorated into an office space that belongs to someone of very high ‘rank’ or ‘achievements’, at least by common social standards. “A Satisfactory Room” (2017) rests calmly in this office harmoniously in accordance with other pieces of furniture and decoration. With this work, Lí Wei effortlessly scoffs at our most undermined and biased prejudice and so-called political correctness. As anthropological phenomenons are overwhelmingly titled, categorized, discussed and devoted superficially as racism, sexism and other discriminations of sorts where new terms were established everyday, Lí Wei’s application of the color white strips his work of any references to the concepts of sex, nationality, race and language. As we so eagerly point fingers to the other groups who hold different opinions and, with a sense of superiority, accuse them as being unethical, Lí Wei’s work silently but powerfully disputes the standpoints that we have internalized. In the garret after all, our reasoning might not be as crystal as we insist.

Whereas over-picturesqueness in a house can conceal its intimacy, Lí Wei’s “Cellar and Garret” is a playground of direct collision of thoughts and beliefs. Bachelard believes a crucial role for a house is to host daydreams, and Lí Wei’s exhibition, “Cellar and Garret”, will become the most tension-packed daydream delivering an anthropo-cosmic shiver. This daydream feels surreal but honest, and exiting the gallery is like waking up staring at the beams and ceiling at home; a void filled with reverberation and questions.