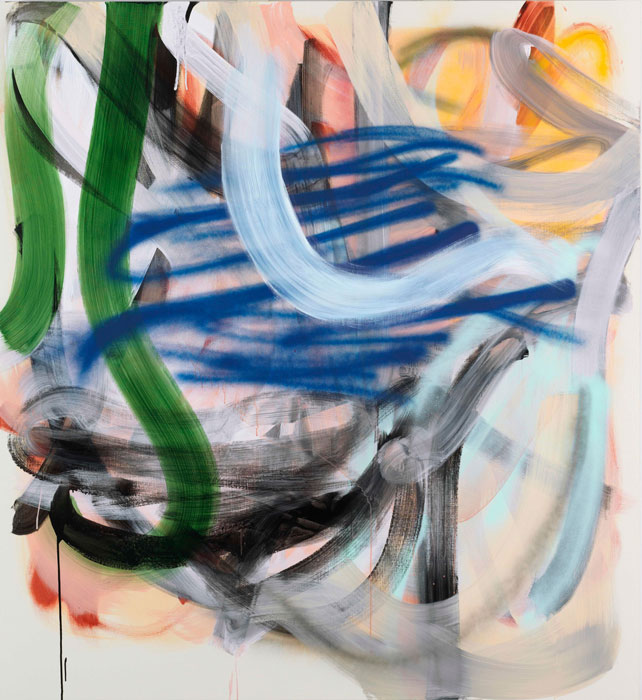 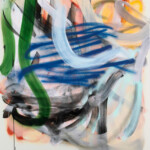 Tomasko’s studious observations of ignored moments in daily domestic life are transformed into grander existential inquiries. As in Kees Boeke’s seminal text, “Cosmic View: The Universe in Forty Jumps” and Ray and Charles Eames “Powers of Ten,” Tomasko shows how the greater universe can be reflected and examined by observation of the most common of objects. For Tomasko, this may be the crumpled sheets she sees in her family’s home.

For this exhibit we include her drawn studies of these folds. These are a critical first step in transforming the seen world into abstractions. The black lines of the drawings are transferred to canvases to become the scaffolding for jolts of color to be built up.

The color palette of each work conveys the feelings left after dreams, both in visions summoned during slumber and waking aspirations for the future. Rather than setting up any clear narratives, the works utilize the inherent open-endedness of abstraction. We are drawn to the imagery to which we bring our own projections and imagination as extensions of the narrative. In the end her bold and lyrical abstract paintings of wide, muscular brushstrokes and translucent layers create unexpected depth.