Lina Pallotta & Caterina De Nicola – We Unleash Storms, yet We Like the Sun 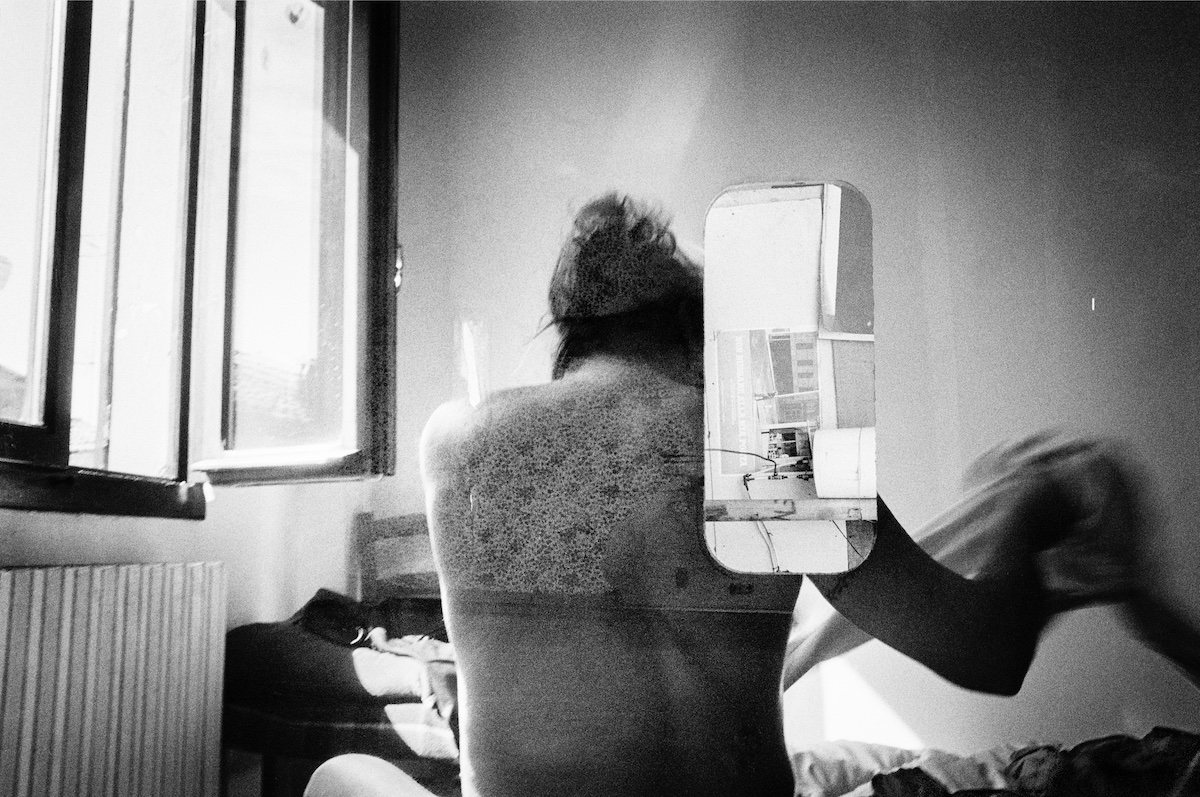 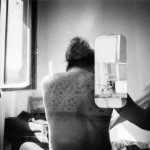 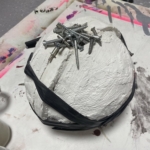 Caterina De Nicola: work in progress in the studio

It’s a herstory of real dreams, utopian practices and wet intimacies. The landscape you are witnessing is reminiscent of the 70s in Italy, a virtual civil war (T. Negri), where leftist groups, students, creatives were imagining another world; or, queer and trans groups were making their way out of the closet through a movement of self-narration, mythopoiesis and discovery. “There was a widespread and growing aspiration towards experimenting with new gender models and different forms of sexuality and other infinite variations away from the path that society designated for us” (P. Marcasciano, “L’aurora delle trans cattive”, 2018, p. 89). Lina Pallotta and Porpora Marcasciano met on the same side of those barricades in 1976, and they never left each other’s side. Despite the distance, they managed to meet in different places, be it the East Village in NYC or in Italy, in Rome, Bologna and Naples. The photos retrace their journey, at once an individual gesture but also a collective effort of self-affirmation, a constant redoing of one’s self, a transito or passage that is at once collective, undefined and infinite as well as movementist (P. Marcasciano, “L’aurora delle trans cattive”, 2018, p. 91). More than 30,000 screws are a marker of such a trip. Their mechanical look signifies a strategy, a wheel in motion and a possible scheming of mischievous opacity and resistance.

The exhibition “We Unleash Storms, Yet We Like the Sun” grew out of an ongoing conversation between the artists and the curator on processes of image- and world-making, namely the ways that we collectively make the spaces we inhabit through symbolic practices. How do we resist a system forcing our bodies into becoming carefree and “functional” subjectivities? De Nicola and Pallotta understand self-construction as an operation of subject-making which opposes the hegemony of the transparent. They both embrace techniques of becoming dark or opaque in order to better become present in the ways that we want, but without being seen or apprehended (S. McGlotten, “Black Data. Against the Hegemony of the Transparent”, 2016). They’re given tools: opacity, precariousness, affectivity.

Last Tango is directed by Linda Jensen and Arianna Gellini.