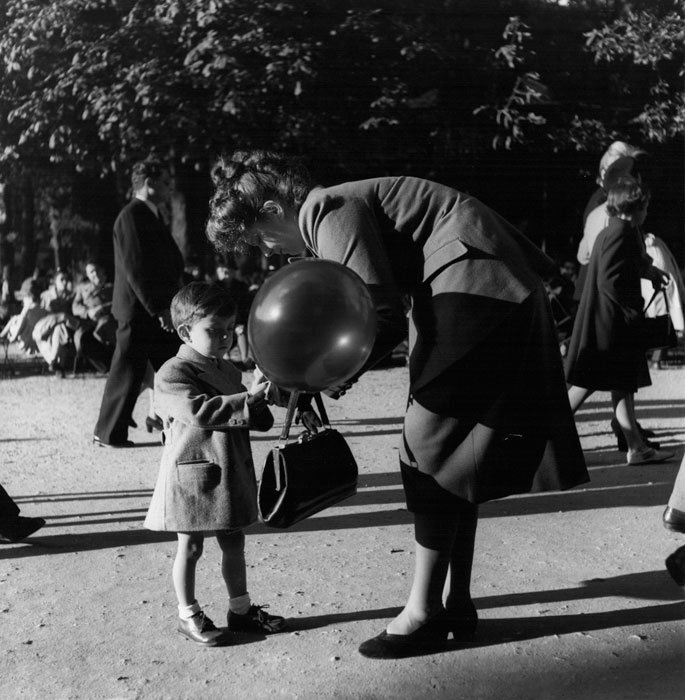 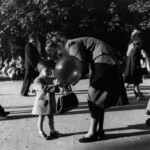 Rena Bransten Gallery is pleased to announce our first solo exhibition of photographer Louis Stettner (1922‐2016). Coinciding with the San Francisco Museum of Modern Art’s retrospective “Louis Stettner: Traveling Light”, curated by Clément Cheroux’s (through May 26, 2019), the works in this exhibition represent fifty years of Stettner’s prolific career and illustrate many of his most frequented subjects: people in pairs, workers, bodies in transit and rest, and cityscapes. Originally from Brooklyn, Stettner spent much of his life in his adopted home of Paris and his photographs reflect a deep love of both cities. The pleasure Stettner gleaned from roaming the streets in search of images is clear in the work, and the photographs chosen for this exhibition have been sequenced in celebration of that visual journey.

People in couples and pairs pervade Stettner’s photographs; born an identical twin, there is a clear sense that he lived always with the awareness of another half. Clément Chéroux states in the introductory essay to the exhibition catalogue “Traveling Light”: “This doubling is too pervasive in Stettner’s work to be simple coincidence; indeed it is hard to see anything else in them than the poetic transposition of his own experience as a twin.” Stettner had a seemingly endless fascination with photographing humans, interacting with each other or in solitary moments, and an acute ability for capturing small acts of tenderness.

Louis Stettner’s lifelong dedication to representing the world around him as he saw it in the present moment, both as a photographer and critic of photography, produced a significant body of images and writing, though his is lesser known to the general public than many of his contemporaries. His work encompasses his leftist politics seeking social and economic justice, shaped by having grown up during the depression and rise of totalitarianism, then experiencing war first hand as a photographer for the army and seeing Hiroshima three weeks after the bomb. His political views manifest in his work as a commitment to photographing common people and workers, influenced too by his close ties with the Photo League of New York. His work has been exhibited extensively internationally, including shows at Bibliothèque Nationale de France, Paris; Pompidou, Paris; Whitney Museum, New York; Metropolitan Museum of Art, New York; and San Francisco Museum of Modern Art, and is held in several major private and public collections. He died in Paris in 2016.