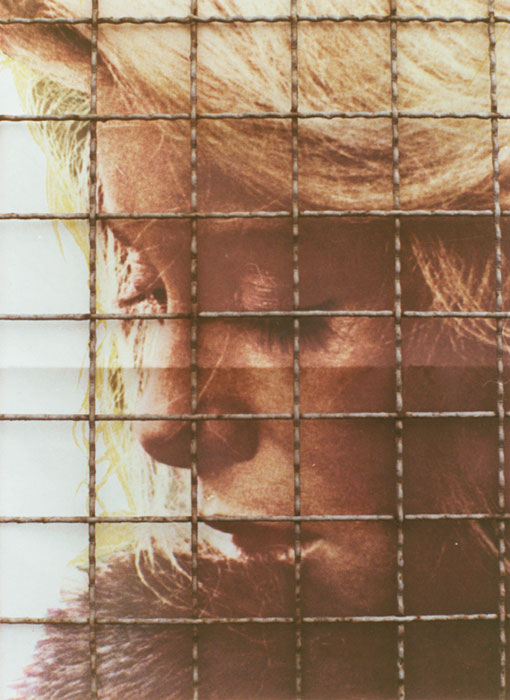 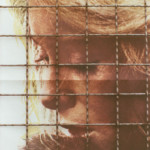 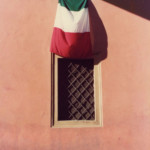 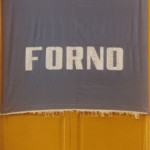 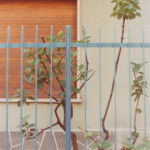 For a long time, Luigi Ghirri (1943-1992) was enigmatically low-profile. This was partly because his work was initially shown mainly in Italy. It was also because his sudden and premature death at the age of just 49 meant that he was no longer around to see the boom of photography in art. Over the past ten years, however, Luigi Ghirri has at last been discovered and is now talked about celebrated as one of the most important and influential photographic artists in Italy and indeed the world.

Luigi Ghirri was born on 5 January 1943 in Fellegara, a district of Scandiano in the province of Reggio Emilia. In 1946, his family moved to Braida in the commune of Sassuolo, where they found accommodation in the Jesuit College of San Carlo di Modena, a huge nineteenth century building that was used at the time to house families who had lost their homes in wartime bombing raids. Massimo Mussini, professor of Art History at the University of Parma, who discovered Ghirri and promoted his work, describes in his authoritative essay how the young Ghirri enjoyed a contented and down-to-earth upbringing close to nature, among farmers and artisans in a community where the relationship between man and landscape was still intact, while at the same time benefitting from a broad-based humanist education – Ghirri would go on to become a structural engineer with a sound knowledge of topography and cartography – as well as being introduced at an early age to art and to the circle of artists then working in Modena. These three elements, together, were crucial in shaping Ghirri’s approach to photography.

During the 1960s and 1970s, photography itself underwent a fundamental change and came to be regarded in a different light. For many artists, this was a period of rejecting the former tenets of a purely abstract, objective style underpinned by theory, moving away from the notion of the photographic work as an absolute and hermetic entity in its own right, and becoming emancipated from prescribed ideas of what actually has artistic or stylistic merit. It was also a time of jettisoning grand gestures of form, meta-narrative and overarching truth. Instead, there was more emphasis on exploring, questioning, searching, experimenting – amounting to a more conceptual reflection on perceptiveness and on the context of one’s own actions, as well as more consideration of the means and methods applied, together with a reining-in of overly flamboyant statements. Yet this was a change that took place primarily in the world of art, rather than in the world of photography itself. Only a handful of photographers such as Lewis Baltz, Robert Adams, Joe Deal, Stephen Shore and, in Europe, above all Luigi Ghirri, took an active role in this visual revolution and became a driving force in forging new attitudes to the language of photography as a medium. In art theory, such a shift is summed up by the term linguistic turn.

His early works – photographs from the period of the “Paesaggi di cartone”, the “Colazione sull’erba”, the groups titled “Catalogo” and “Diaframma 11, 1/125, Natural Light” – instantly betray his endeavor to show what is really there, and to bring to light the signs that determine the world around him, surrounding him on a daily basis, shaping not only his own life but the everyday lives of others too. What we see is no longer the exceptionally beautiful, the sublime or even the mythical, but simply the downright ordinary and the banal. In his photographic essays, Ghirri expressed a wish to be truly present and to show the world just as it is, rather than capturing its decline. In doing so, he purged photography of its former excess of deliberate aestheticism, its momentous over-interpretation, its sentimentality. And yet, he also wrote this:

“Photography is not merely reproduction, nor the chronometer of the eye that captures the physical world, but a means of expression in which the difference between representation and interpretation, however subtle, exists to provide an endless variety of imaginary worlds”. (Luigi Ghirri)

His “Colazione sull’erba” photographs present the greenery of nature, transformed into sparse potted plants, with subtle irony. His “Paesaggi di cartone” bring media images – shop windows, display cases, placards, posters newspapers – into focus in new, varied and curious ways, confronting real-life surroundings with new media signs and analyzing their transformation. His “Catalogo” pictures document closed and half-closed curtains, flooring, doors and windows in the style of a mail-order catalogue and translate them into an analogy of conceptual painting. His “Diaframma” series focuses on the individual and on ways of seeing in an increasingly media-dominated world. What we see is a photograph that shows people looking at something: at a picture, a painting, a poster, another person.

All of these groups of works eschew the conventional iconization of the individual image. Instead, they play with the principle of sequences, connections and collections, exploring new forms of structural narration. What they share in common is a conceptual approach that addresses themes of growth such as urban and suburban development and its wider sprawl. Yet at the same time, Ghirri’s images are strikingly precise and thoughtfully composed. The 1960s and 1970s were iconoclastic, image-defying times. But Ghirri does not deny the image as the product of his craft. Even when he appears to simply hold the camera, point it and press the button, as the old adage goes, there is still a sense of great care and finely balanced composition.

The same is true of “Week-End” and “Atlas”, as well as “Veduten” and “Italia ailati” [Peripheral Italy], for “Still Life” and “Topografia-Ikonografia”. Nowhere is it clearer than in his series “Inquadrature naturali/griglia” that his approach is all about creating a school of seeing, perception and awareness. This series of natural frameworks and grid structures plays with forms of squaring and framing, and with the grid that determines what is “inside” and “outside” the picture.

“The extinction of the space that surrounds the framed space is just as important to me as the representation itself, and it is this extinction to which the image owes its meaning because it makes it measurable. At the same time, the image lives on in the visibility of that extinction and challenges us to see the rest of the reality that is not portrayed. This duality of representation and extinction not only seeks to invoke the absence of boundaries, excluding all notions of perfection or finitude, but also shows us something that cannot be enclosed within any boundary: reality”. (Luigi Ghirri)

In the first fifteen years of his career as a photographer, Luigi Ghirri created a world-altering oeuvre that reflected the very pinnacle of contemporary intellectual achievement, channeling structuralism and Modenese conceptualism, as well as the ideas of Roland Barthes, Roman Jacobson, Michel Foucault and Umberto Eco, into an oeuvre of levity, subtlety and clarity in which the combination of small, matt photographs, together with his remarkably succinct and incisive essays, forms a current and timeless school of seeing that is also a school of understanding the very world around us.

His work is shown at international museums and galleries. Solo exhibitions are planned for the coming years at Museum Folkwang in Essen and Museo Reina Sofia in Madrid. Following on from exhibitions in 2009 and 2011, respectively, this marks the third time that Mai36 has hosted an exhibition by this artist, presenting vintage prints in all rooms throughout the gallery by this wonderful and pivotal figure – an Italian photographer who so consummately embodied sprezzatura by combining insight with lyricism, only to wind up spending a convivial evening with friends afterwards. Finally, in his own words:

“It almost seems as though the gaze is divided into two incompatible and irreconcilable categories: knowledge on the one hand, and poetry on the other. What interests me, however, is finding a balance between these two extremes. […] Photography thus becomes an awareness of being on the boundary between the known and the unknown”. (Luigi Ghirri)