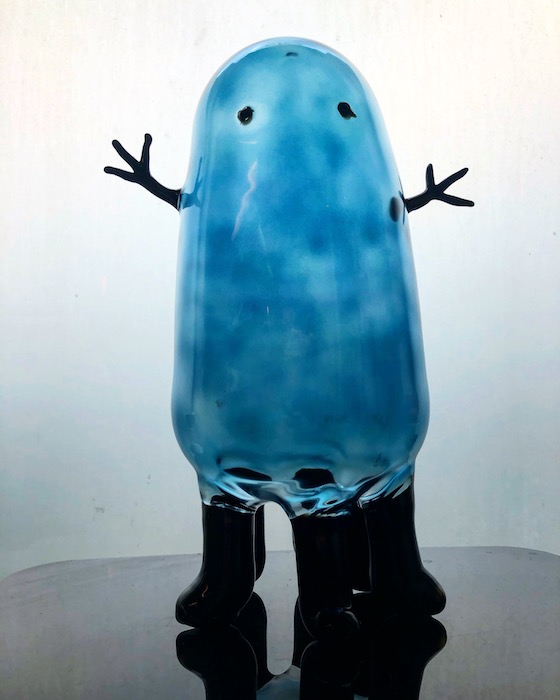 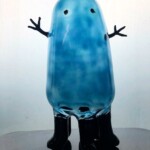 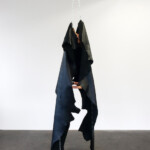 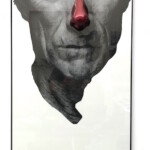 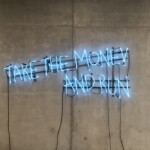 Grieder Contemporary is delighted to present “Made in Zürich” with exceptional pieces by Cristian Andersen, Lori Hersberger, Nic Hess, Melli Ink, Kesang Lamdark, Fabian Marti, David Renggli, Kerim Seiler, Loredana Sperini and Una Szeemann. An exhibition that brings together the work of ten artists who were either born in Zürich or whose artistic practice has been mainly developed in this city. By establishing a dialogue between artists from different generations and working with very different media, the show raises questions about the concept of belonging and about the influence a geographical setting can have in the practice of an artist.

Place is often a key element in the creation of an artwork, but the specific way in which it shapes, transforms or even becomes the work, depends on the intentions and explorations of each artist. A subtle hint to the history of art in a region, the network of connections that enabled the work to exist, or the actual physical space of an artwork (in a site specific installation for example) are just some ways in which particular places show themselves in artworks. Ultimately, spaces and the choices of what is or not displayed in an artwork, can reveal both insights and desires.

Together, the works in the exhibition showcase the diversity as well as the possible points of encounter in the production of two generations of artists from and living in Zürich. Moreover, the show will be returning meeting point for some of the artists who where first featured in the iconic exhibition “Freie Sicht aufs Mittelmeer” curated in 1998 – a major survey of the young Swiss art scene around the turn of the century which took place at the Kunsthaus Zürich. Grieder Contemporary will bring this generation of artists into a new relationship with the next one: the millennium generation of artists of the last 15 years.

Cristian Andersen (*1974, Denmark) lives and works in Zürich, Glarus and on the run. Andersen is known for his large, elaborately cast ceramic sculptures. His complex process starts with the creation of sculptures which mix found objects and industrial materials, of which he creates silicon negatives and then fills with partially pigmented ceramic. In recent years he has also printed computer generated images on concrete panels. His work has been shown at many international art spaces such as Public Art Fund, New York, Avlskarl gallery, Copenhagen, World Expo 2012, Shanghai and Artforum Berlin. He also got awarded with several prizes and Swiss and Danish stipends.

Lori Hersberger (*1964, Basel, CH) lives and works in Zürich. Hersberger began his career creating environments which he combined with video and mixed media, but later expanded his practice to abstract painting. He is interested in showing the opposition between reality and the world of illusion, resulting in works which are both sublime and grotesque. Museum of Contemporary Art in Lyon, Kunsthaus Zürich, Museum für Gegenwartskunst Basel, Kunsthalle Vienna, ZKM Karlsruhe, SMAK Stedelijk Museum of Contemporary Art in Ghent, Swiss Institute in New York and at the 48th Venice Biennale.

Nic Hess (*1968, Zurich, CH) lives and works in Zürich. Nic Hess is known for his stirring, dramatic decorations of walls and interior spaces, which he covers with gestural ciphers and pictures – here playfully dynamic, there with irony. His installations have been seen in numerous solo and group exhibitions in Europe, the USA and Mexico, including at the Haus der Kunst, Munich, Casa del Lago, Mexico City and Armand Hammer Museum, Los Angeles. Nic Hess has received numerous awards and grants, including Switzerland’s prestigious “Eidgenössischer Preis für freie Kunst”, the Manor Kunstpreis, a MoMA PS1 grant and a Landis & Gyr studio grant.

Melli Ink (*1972, Innsbruck, AT) lives and works in Zürich. Melli Ink is fond of incorporating traditional techniques in her practice and repurposing them for contemporary art. She draws her inspiration from art history, literature, film, music, as well as from popular culture. Her media include sculpture, film and performance and she specialises in juxtaposing materials such as glass and mountain crystal, metal and ceramics. Her work has been seen in solo and group exhibitions, including: Museum Kunstpalast, Düsseldorf; Kunsthaus Baselland, Basel; Patrick Painter, Los Angeles; Haus Konstruktiv, Zurich; Gasträume, Zürich; Avlskarl Gallery, Copenhagen; Manifesta 11, Zurich, Palazzeto Pisani, Venice.

Kesang Lamdark (*1963, Dharamsala, IN) lives and works in Zürich. Lamdark’s most famous artworks include his mirrored lightboxes and plastic sculptures. He combines unusual materials in his work, bringing together the unfamiliar and transforming everyday objects into works of art. Lamdark’s Tibetan-Western identity is often an important topic on his work, evidencing his displaced and multicultural upbringing. He has participated in numerous solo and group exhibitions worldwide, including at the Queens Museum, New York; ShugoArts, Tokyo; Nam June Paik Arts Centre, Gyeonggi-do, South Korea, and the 3rd Guangzhou Triennial, Guangzhou, China. His work is represented in private and public collections in Europe, Australia and the USA

Fabian Marti (*1979, Fribourg, CH) lives and works in Zürich. Marti’s practice encompasses sculpture, photography, painting and socially-based projects. His sculptural and wall works often include recurring motifs, such as black-and-white patterns and handprints. Marti produces all his work manually and is interested in exploring ideas about artistic production and identity. His works have been exhibited across Europe, America and Asia, including exhibitions at Kunstmuseum Lucerne, Kunsthaus Centre d’art Pasquart, Bienne, Kunstverein Braunschweig, Deutsche Bank Lounge Weltwirtschaftsgipfel, Davos, Kunsthalle Mainz, Swiss Institute in New York. He also participated at the Busan Biennale, in Korea and at the 54th Biennale in Venice.

Kerim Seiler (*1974, Bern, CH) lives and works in Zürich and Berlin. He aims to bring architecture and art into a dialogue, where the perceptions of space play an important role, as does the experience of colour as well as colour theories. Numerous works are large scale public installations in Switzerland and abroad. Seiler has shown his work in various exhibitions in Moscow, Cairo, Cracow, Marseille, Zurich, New York, Berlin, Paris, Los Angeles and Johannesburg, including institutions like Kunsthalle Zurich, the Schirn Kunsthalle, Frankfurt, the Kunsthaus Zurich, Cabaret Voltaire and the Art Masters St. Moritz. He also participated in the 4th Moscow Biennale.

Loredana Sperini (*1970, Wattwil, CH) lives and works in Zürich. Sperini works in different media, from drawing to embroidery and installations, using a wide range of materials, including glass, textiles and wax. She uses these often emotional materials with a feminine connotation to great effect, thereby creating works that can seem eerie and uncanny. Her work has been exhibited at venues including Freymond-Guth & Co. in Zurich, Art Forum Berlin, Kunsthalle St. Gallen, Kunstmuseum Thun, Migros Museum of Contemporary Art in Zurich, Holster Projects in London and Kunsthaus Zurich.

Una Szeemann (*1975 in Locarno, CH) lives and works in Zurich. Szeemann describes her artistic practice as a wandering in the “landscapes of the unconscious”, and in doing so she deals with visible traces of invisible phenomena. She has exhibited in solo and group exhibitions among others at the Kunsthalle Winterthur, MASI Lugano, Kunstverein in Hamburg, Belvedere 21 Vienna, Nam June Paik Art Center Seoul, Kunstmuseum Lucerne, Fundació Joan Miró Barcelona, Contemporary Art Center Vilnius and Kunsthalle Vienna. She also exhibited at Manifesta 11, the 5th Busan Biennale in Korea, 3rd Contour Biennale in Belgium, 9th Lyon Biennale and 52nd Venice Biennale.

Opening hours Friday 11 am – 6 pm, and by prior arrangement