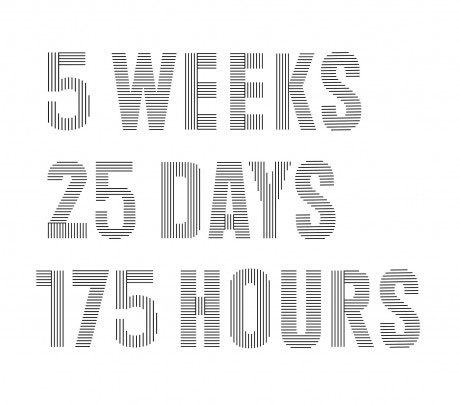 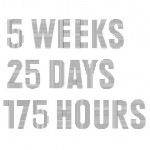 Chisenhale Gallery presents the first solo exhibition in the UK and a new commission by Berlin-based artist, Maria Eichhorn. Highly responsive to context, Eichhorn’s work operates within the logic of institutional structures, enacting changes through precise and visually minimal gestures. Her ambitious, large-scale projects often take on the mechanics of legal, social and financial processes, making permanent interventions that evolve over time.

Following a site visit to Chisenhale in July 2015, which included a discussion with Chisenhale staff exploring their working lives, Eichhorn has produced a two part work examining contemporary labour conditions. The exhibition will begin with a one-day symposium on Saturday 23 April, addressing ideas raised by the project. The symposium will feature lectures by Isabell Lorey and Stewart Martin and will be chaired by Andrea Phillips. The afternoon will be devoted to a discussion with the audience, in which Eichhorn will also participate.

At Eichhorn’s request, the gallery’s staff will then withdraw their labour for the remaining five weeks of the exhibition. None of Chisenhale’s employees will work during this period and the gallery and office will be closed, implementing leisure and ‘free time’ in the place of work. At the heart of the project is a belief in the importance of questioning work – of asking why, within our current political context, work is synonymous with production, and if, in fact, work can also consist of doing nothing. Eichhorn’s conceptual gesture is an implicit critique of institutional production and broader neo-liberal patterns of consumption, but it is also an artwork that deals with ideas of displacement of the artist’s labour and of the artwork as work.

Eichhorn has previously made a number of works that present an image of capital that calls into question systems of value, including that of the artwork itself. For example for Documenta 11 in 2002, she established Maria Eichhorn Aktiengesellschaft, a public limited company in which she is the sole shareholder. Eichhorn stipulated that, contrary to the very purpose of the structure of the company, the capital that was initially invested must not appreciate in value.

Historical precedents for Eichhorn’s Chisenhale Gallery exhibition can be found in conceptual art and institutional critique, especially the activities of artists working in Europe and North American in the 1960s and ’70s. For his Closed Gallery Piece, first shown at Art + Project, Amsterdam in 1969, Robert Barry exhibited only a notice on the gallery’s locked door, stating ‘For the exhibition the gallery will be closed.’ At Claire Copley Gallery, Los Angeles, in 1974, Michael Asher’s removal of the partition wall separating the gallery’s office from its exhibition space literally exposed the work going on behind the scenes. Eichhorn’s proposal operates a similar conceptual gesture, but here she foregrounds the work of the gallery’s staff through their absence.

As an artwork, Eichhorn’s gesture builds upon the traditions of artistic withdrawal of labour established by the Art Workers’ Coalition and Art Strikes in New York in the 1970s, which enabled artists to understand and articulate their positions as cultural workers. It also resonates with contemporary debates led by organisations such as W.A.G.E (Working Artists and the Greater Economy) and recent discussions about theories of immaterial labour, whose concerns include the articulation of definitions of work remuneration. However, Eichhorn proposes the withdrawal of labour as an artwork – rather than withdrawing her own artistic labour – and focusses on the salaried employees of Chisenhale Gallery.

Eichhorn’s withdrawal of the staff’s labour can also be viewed in the context of the financial precarity of the organisation and of the sector. As a proposition focussed on non-production and non-participation, her work directly blocks the entrepreneurial business models and participatory engagement agendas that publicly funded organisations in the UK are encouraged to embrace. As such, it presents a challenging and timely examination of a complex set of questions around contemporary labour conditions and their implications within the context of art but also more widely.

In order to realise Eichhorn’s proposal and not compromise the ongoing operations of the organisation, Chisenhale Gallery’s staff are required to carefully unravel their working structure and address important issues relating to responsibility, accountability and commitment – from the financial security of the organisation to the distinction between ‘working’ and ‘personal’ lives within the artistic sphere. Eichhorn’s project is, ultimately, a consideration of how we assign value to time. She explores this by questioning how capital shapes life through labour, but also through a critique of the notion of free time and the binaries of work and leisure.

The work is constituted not in the empty gallery but in the time given to the staff and what they choose to do with it. This commission presents multiple opportunities for audience engagement, from attending the symposium to contributing to conversations that will develop around the work. Eichhorn’s project directly confronts audience expectations of the artist, the artwork and the gallery. It is an artwork that exists as an idea in the public realm, operating by generating discourse, rather than through objects or images.

Eichhorn’s commission is part of the third and final year of “How to work together”, a shared programme of contemporary art commissioning and research by Chisenhale Gallery, The Showroom and Studio Voltaire. It follows exhibitions at Chisenhale Gallery by Céline Condorelli in 2014 – who explored themes of work and friendship – and Ahmet Öǧüt in 2015 – who explored work and collaboration. The other commissioned artists for 2016 are Sharon Hayes at Studio Voltaire (14 April – 12 June) and Koki Tanaka at The Showroom (28 April – 18 June).

“How to work together” is supported by a capacity building and match-funding grant from Arts Council England through Catalyst Arts, with additional support from Bloomberg and Jerwood Charitable Foundation and with additional funding for the 2016 commissions from Cockayne – Grants for the Arts and The London Community Foundation.

With additional support from the Institut für Auslandsbeziehungen e.V.