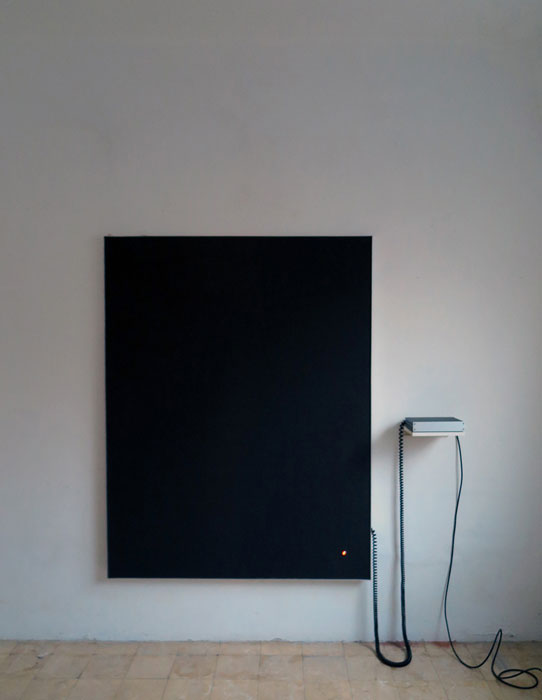 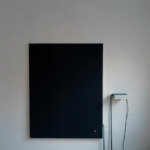 Taka Ishii Gallery is pleased to present Mexico City-based artist Mario García Torres’ “Falling Together In Time”, an exhibition about coincidences, memories, endings, repetitions and liminal moments. In his fourth solo exhibition with the gallery, the show will be comprised of a sound installation, paintings, a video and some found documents.

Los Angeles, 1981 – before Muhammad Ali fought his last ever fight, the then 39 year old talked a man down from leaping off a high building in order to change the course of his own life. The same year, in the same city, Eddie Van Halen composes the synthesized music for Van Halen’s greatest hit “Jump” not yet knowing how hard it would be to convince the rest of his band to use it.

Who could have guessed that such song would change the perception of the band forever and move from being a hard rock band to a more consumable rock one. It was not until 1983 when the band’s producer convinced David Lee Roth, the band singer, to further develop the melody. He did, basing the lyrics on a story he had seen on TV about a man threatening to commit suicide by jumping off a high building. “Jump” was finally released in January 1984, which after the record’s tour, Roth would leave the band. By the time the singer left the band, Van Halen had played nine concerts in Japan, the place where they had the most dates in their career, after their home country.

This is the beginning of a series of events that, in García Torres’ narrative, all overlap and create a string of intriguing coincidences. Mixing philosophy and popular culture the artist creates a video thesis about time and the endless possibilities to see life. In a text were it becomes confusing if time changes life, or coincidences change thought in the moments when subjectivity considers altering its daily life. Along with the video, the artist will show an analogue synthesizer piece, in collaboration with Japanese developer and composer Tetsuji Masuda. These works, along with paintings that spring from the concepts of the video work, alongside documentation from Van Halen visits to Japan, altogether create what the artist calls a “museographical essay”.

For the last twenty years, Mario García Torres’ works has poetically narrated the interstices of art and popular culture’s stories by using various media including film, photography, and sculpture. He focuses on unexplored aspects of history to draw surprising parallels and stage conversations between fact and fiction. In doing so, his works exposes the ambiguities and gaps inherent in our memories and understandings, commanding us to reexamine issues that are broader than those we face currently and immediately.