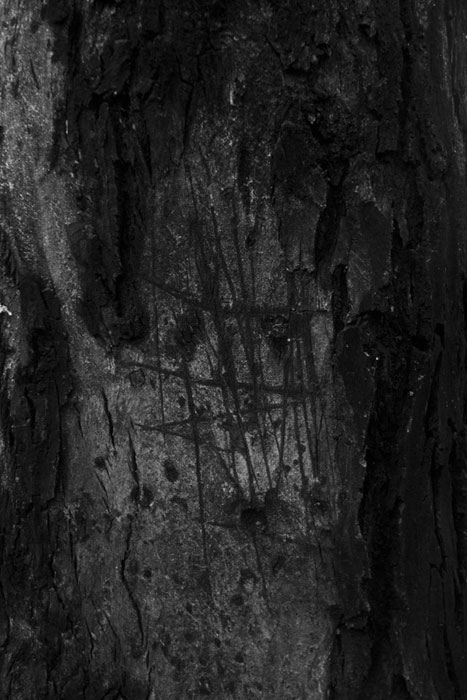 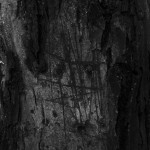 Mario García Torres: We Communicate with Each Other in Uncanny Ways (Detail), n.d., black and white photograph, 30.5 x 20.3 cm

Taka Ishii Gallery is pleased to announce Mexico City-based artist Mario García Torres’ solo exhibition “The Space We’ve Got (a Proposal for the 10th Tokyo Biennale’s Between Man and Matter).” This will be García Torres’ third solo exhibition with the gallery; it will comprise sculpture, photography, and a sound installation.

The exhibition was planned as a proposal for the “10th Tokyo Biennale: Between Man and Matter” which took place in 1970. Such enterprise for which the art critic Yusuke Nakahara served as commissioner, was an innovative effort for representing works by a diverse and international group of artists working in the styles of Post-Minimalism, Arte Povera, and Mono-ha at the time. It accurately communicated the current state of contemporary art and addressed broader cultural conditions by allowing many of the artists to produce or alter their works on site in Japan in response to the local environment.

The Tokyo Biennale was experimental in its deployment of such new methods, through which it critically examined the museum as a site and exhibition as medium, but also made clear that certain interests and practices were being echoed in the works of artist all around the world. Nakahara saw in the exhibition works a new relationship with what he called the actual world in which “man and matter are join together inseparably with mutual influences and control.” It is precisely in this acknowledgment where García Torres’ interest lays.

The artist’s exhibition is constructed with a suspicion in mind, which hints at the fact that a renewed interest on these issues might suggest an upcoming radical change on the world, one that might draw a number of parallels with the radical political and aesthetic changes that happened at the end of the 1960’s and early 1970s. Hence the fact that the exhibition was planned as a latter-day proposal for the 10th Tokyo Biennale. What follows is the artist’ words about it:

In recent years, the feeling we’re going through something unlike anything the world has known before has gained momentum. Concepts like the Anthropocene – which Russian scientists conceived of as a formal epoch of geological time in the 1960s – have lately been subject to renewed scrutiny. If we cope to living in that era – said to have begun when human activity first exerted irreversible impacts on the earth’s ecosystems – we have finally acknowledged that non-human organisms also enjoy a preponderant place in the world. Such concepts have decidedly changed our understanding of the planet.

The present exhibition serves to echo that notion, devised to live outside our culturally conscious frame of reference. It will conceive of the world within a larger spectrum – a perspective that does not depend on the immediacy of our “proven” knowledge, but rather, that provides a space of skepticism, and eschews any insistence on explaining the world we live in. In this vision, geological time is related to obsolete scientific theory; universal space connects to ancient knowledge and collective wisdom is associated with uncertainty. Here, artworks are smoke signals reminding us of “the space we’ve got left” to live on. As such, the feeling something big is immanent; a connection to a more ambiguous negotiation with contemporary culture; and the suspicion we all speak to each other in an unconscious language were the tools that made the present exhibition happen.

An awakening of interests and concerns such as these often occurs at historical moments like our own, when old paradigms come under question. Arguably the last of those recurring moments, in the modern period, was the late 1960s, when unrest agitated the world in several cities, among them Japan, and Mexico, the origin of the present exhibition.

As 1970 approached, Yusuke Nakahara proposed “Between Man and Matter,” an exhibition that, alongside “When Attitudes Become Form” and “Square Pegs in Round Holes,” gathered the work of several artists whose different perspectives reformulated notions of art and its functions. Our existence as human beings, notes Nakahara in his foreword to the exhibition, is not merely being connected to the actual world through meaning. This actual world, he explains, is a totality of which we are part, not just the matter that surrounds us.

In that spirit, the works in the present exhibition signal a return to positions in which “man and matter are joined together inseparably, with mutual influence and control;” it leads to a proposal for Between Man and Matter that could be as meaningful today as it was in its own time. As vague as an overheard conversation, the statements these works make are all long-shots whose trajectories can only be guessed at for now. (Mario García Torres)

Mario García Torres produces works that poetically narrate the art histories and unique characteristics of conceptual art of the 1960s and 1970s. Using a variety of media including film, photography, and sculpture, he focuses on unexplored aspects of art history to draw surprising parallels and stage conversations between fact and fiction. In doing so, his works expose the ambiguities and slippages inherent in our memories and understandings, commanding us to reexamine issues that are broader than those we face currently and immediately.

Mario García Torres was born in 1975 in Monclova, Mexico. He graduated from the California Institute of Arts in 2005 and is currently based in Mexico City. He has recently had solo exhibitions at Modern Art Museum of Fort Worth (2015), Pérez Art Museum Miami (2014), Project Arts Centre, Dublin (2013), Museo Nacional Centro de Arte Reina Sofía, Madrid (2010), and Stedelijk Museum Amsterdam (2007). He has also participated in numerous international exhibitions including the 8th Berlin Biennale (2014), dOCUMENTA(13) (Kassel, 2012), São Paulo Biennial (2010), Taipei Biennial (2010), Yokohama Triennale (2008), and Venice Biennale (2007).