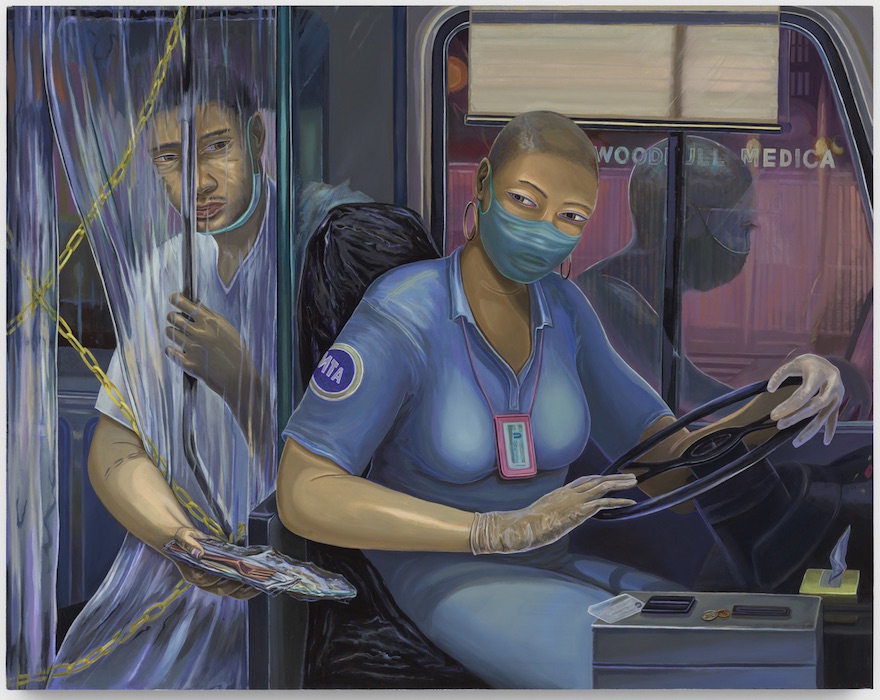 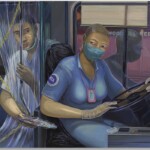 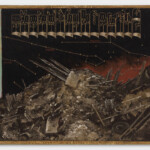 P·P·O·W is pleased to present “1981–2021”, a two-person exhibition featuring the paintings of Brooklyn-based artist Aaron Gilbert and the late Chinese-American painter Martin Wong. Sparking an intergenerational dialogue, this exhibition focuses on two artists whose practices amplify the societal pressures of both their private lives and the New York communities they inhabit. Spanning over 40 years, their work chronicles a continuum of life within a city under siege. From long abandonment compounded by the gutting of public resources, to the mass displacement of black and brown communities, and ultimately bookended by two distinct pandemics, AIDS and COVID-19, both Wong and Gilbert offer windows into the lived realities of their time to reveal transformative potential in the face of societal precariousness.

Despite the recent resurgence of figurative painting, few artists working today match the nuanced poetry and symbolic density of Wong’s singular vision. Wong first moved to New York in 1978, eventually settling on the Lower East Side, where he turned his attention exclusively to painting. From there, he set forth to depict urban life and through his diaristic approach, built a landscape of stacked bricks, crumbling tenements, closed storefronts, fingerspelling and more. Describing his choice of subject matter, Wong said, “Everything I paint is within four blocks of where I live, and the people are the people I know and see all the time.” More than an artist, Wong was a “documenter of the constellation of social life” during his lifetime.

This description, written for Wong’s renowned Exit Art exhibition in 1988, could just as easily be said of Gilbert now. His quietly charged, domestic scenes circumvent the boundaries imposed by a capitalist society to unearth complex emotional terrains in the presence of crisis. Much like Wong, Gilbert directs his own idiosyncratic lens to his home, neighborhood and surrounding community. Both of these deeply personal and poetic artists turn narrative convention on its head by illuminating historic moments through the private lives of those around them, rather than lauded public figures. This intentional inversion lays their unique visions of the world bare in order to usher in the possibility of new ones.

And yet, for Gilbert, the historical significance of Wong’s work is still yet to be fully recognized. Describing his own connection with Wong’s work, Gilbert says “Wong created a new template for what we could ask and expect from figurative painting. I felt I had found someone whose personal relationship to his work was genuine. He wasn’t performing his world for another audience, he was capturing what he loved in the sincerest way, and freezing it in that special perpetual moment that great paintings seem to live eternally in. His work invites us to enter his world and inhabit it on its terms.”

“1981–2021” pairs a selection of works by the late artist with Gilbert’s ongoing series. Collapsing time with influences ranging from Early Renaissance painters such as Fra Angelico, devotional retablo painters, to Martin Wong himself, Gilbert honors the profound transformational power of human beings, even in the moments that feel most jarring or unsettling. Taken together, Wong and Gilbert’s works distill meaning and love amid the darkness of our age to reveal the latent beauty in fundamental human existence.

“1981–2021” will be accompanied by a catalogue with essay by scholar, writer, and curator Rich Blint. As the Assistant Professor of Literary Studies and Director of the Program in Race and Ethnicity at The New School, Blint has a vocational dedication to the revolutionary potential of innovative humanities practice.

Martin Wong (1946-1999) was born in Portland, Oregon and raised in the Chinatown district of San Francisco, California. He studied ceramics at Humboldt State University, graduating in 1968. Wong was active in the performance art groups, The Cockettes and Angels of Light before moving to New York in 1978. He exhibited for two decades at notable downtown galleries including EXIT ART, Semaphore and P·P·O·W, among others. Wong died in San Francisco from an AIDS related illness.

Aaron Gilbert (b. 1979) earned his BFA from Rhode Island School of Design and an MFA from Yale University. He is a 2015 Louis Comfort Tiffany Award recipient and was awarded the “Young American Painter of Distinction” by the American Academy of Arts and Letters in 2010. Gilbert has exhibited paintings at Lyles and King, Deitch Projects, and Lulu Mexico City. His work is currently in the permanent collections of the Studio Museum in Harlem; the Brooklyn Museum of Art; and the Whitney Museum of American Art.

Gallery hours Tues-Sat 10 am – 6 pm and by appointment
Appointments scheduled in advance are encouraged.