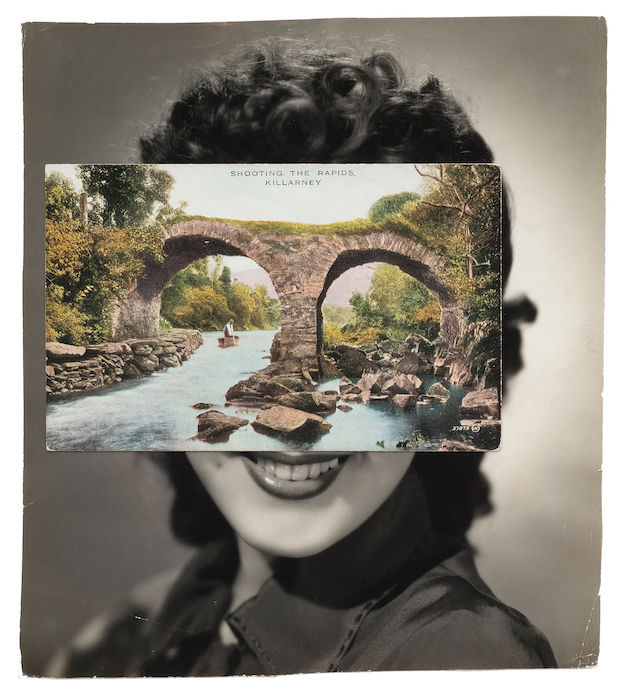 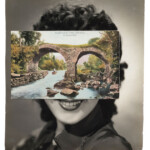 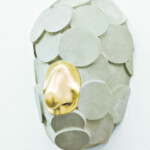 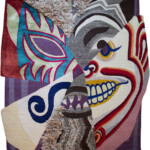 Masks are one of the human cult objects with the longest, richest and at the same time most controversial history. In the interplay between showing and veiling, masks are highly topical in contemporary society and culture as well. The international group show “MASK. In Present-Day Art” at Aargauer Kunsthaus explores the issue in 160 current works of art.

When thinking of masks, we think of Carnival, African tribal rituals or death masks, theatre, film and fashion – of role playing, changing identities, veiling and protection. Masks are one of the human cult objects with the longest, richest and at the same time most controversial history. They also have an extensive tradition in the fine arts. But how is the subject of the mask treated in contemporary art? The international group show “MASK. In Present-Day Art” explores this issue in depth.

“MASK” shows that contemporary artists are interested in the mask not only as an object but also very much in its social, cultural, political and symbolic implications. In the interplay between showing and veiling and in a society in which adroit self-presentation is seen as a measure of personal success, the mask today is once again a subject of high topicality.

Masks, physical and symbolic masks, are omnipresent – as much in the real as in the virtual world. We encounter forms of masquerading as a means of subverted socially standardised gender and role assignments. But we also encounter them in social media where, with just a few mouse clicks, the original image is transformed in a matter of seconds. We put on masks to slip into a role; they allow us to change into a new self. In the media, masks sometimes appear as a sombre symbol of the turbulent global situation. We see masked protestors, Occupy Wallstreet activists with typical Guy Fawkes masks, hooded terrorists and soldiers in protective masks.

Thirty-six artists from twelve countries turn to a fascinating topic in “MASK” and subject both the concept and the object to an analysis and revaluation from a present-day perspective. On view are some 160 works, most of them created in the past ten years in a variety of media, including photography, painting, installation, sculpture and video.

Artists are interested less in psychologizing what is behind the mask than in looking at the mask itself: they address the mask as an artistic or ritual object, as a means of (virtual) self-presentation or political expression or as a tool for playing with different identities.

Approaches to the subject vary widely. Some artists reinterpret the nature of the mask. In her series “Nomads” (2007/2008) Laura Lima (b. 1971 Governador Valadares, BR) presents masks whose faces show painted landscapes rather than human features. In the exhibition they hang on the wall, but they may also be worn. When a person puts one on, the effect is rather surreal and inherently liberating. Because rather than looking at a face, we look into a (pictorial) space, possibly the vision of a mindscape.

However, the masks created by artists are often not intended to be put on. This may be obvious based on the material – for example, unfired clay in the case of Sabian Baumann (b. 1962 Zug, CH) – or the dimensions. Thus, Amanda Ross-Ho (b. 1975 Chicago, USA) creates huge, inflated interpretations of cosmetic face masks.

Strictly speaking, a mask fulfils its original function only when it is worn and takes the place of the human face. A whole string of artists is concerned with the various form of masking. Common to the works of both Gillian Wearing (b. 1963 Birmingham, UK) and Douglas Gordon (b. 1966 Glasgow, UK) is the reflection on (one’s own) transitoriness. They pose grand philosophical questions like “Who am I?” and “What makes me the person I am today?” At the same time, the intersection between self-portrait and mask is exemplarily evident in them. In his work “Monster” (1996/1997) Gordon uses the simplest of means to transform his face with adhesive tape into a monster mask, while Wearing elaborately produces silicon masks in “Self Portrait as My Mother Jean Gregory” (2003) behind which she almost completely disappears.

John Stezaker (b. 1949 Worcester, UK) is also interested in the mechanisms of veiling and hiding in his collages. In “Mask [Film Portrait Collage] CLXXIII” (2014), he applies old postcards of landscapes as eye masks to the immaculate faces of film actors. In the professional film star portraits, the actors present a perfect façade, an impersonal mask whose masking in Stezaker’s work ironically seems to reveal potential psychological abysses.

Maskings break with the habit of reading faces as a key to the nature of people. This may create an irritating and sometimes even threatening effect, as, for instance, in the performance of Sislej Xhafa (b. 1970 Peja, KO), which involves orchestras. The balaclavas worn by the musicians anonymise them and create a feeling of insecurity, which contrasts with the performance of the emotional piece “Adagio for Strings” by Samuel Barber. In cooperation with Argovia Philharmonic, the piece “Again and Again” (2000-2019) will be performed on the day of the opening of “MASK” in Aarau. The artist determines the location of the performance in response to the context he finds; the work is thus developed further in Aarau.

The topicality of the subject is particularly evident in works where the artists use masks as a central motif in the virtual world. Social media provide a huge playing field and testing ground for masking and the juggling of identities. Susanne Weirich (b. 1962 Unna, DE) arranges the selfie films of an online community into a tableau vivant in her multimedia installation “Global Charcoal Challenge” (2018). Olaf Breuning (b. 1970 Schaffhausen, CH) focuses on the most concise way to visualise an emotional state, the emoji, in his digitally compiled, wallpaper-mounted collage “Emojis” (2014).

Finally, artists refer to the cultural history of the mask. The textile wall piece “World Mask” (2014) by Christoph Hefti (b. 1967 Lausanne, CH) is an eclectic ride through various cultural spheres as well as types of masks which serve ritual, spiritual or carnivalesque purposes. Simon Starling‘s (b. 1967 Epsom, UK) references point to Japanese Nō masks, among other things. The video “Project for a Masquerade (Hiroshima)” (2010-2011) shows a mask carver creating masks in his workshop, which we re-encounter as original artefacts in Starling’s installation. Based on a sixteenth-century stage play about false and double identities, he develops a narrative revolving around Henry Moore’s 1964–1966 bronze sculpture “Nuclear Energy”. The collages of Kader Attia (b. 1970 Dugny, FR) also offer a contemporary and critical look at how people deal with mask traditions. The artist provokingly contrasts historical photographs of mutilated soldiers’ faces with anthropological mask objects.

The “MASK” exhibition is conceived as an associative tour and the varying approaches are presented in a way that is multi-faceted, like the subject itself. The works included offer impressive evidence of the fascination the subject exerts on contemporary art (and its audience) as well as of its complexity and depths. The image of the mask is obviously a rich breeding ground in that it offers artists a wide range of opportunities to reflect on the present.

Limited Edition Issued by the Aargau Art Association
The artist and designer Christoph Hefti creates a silk foulard exclusively in connection with the MASK exhibition. Detailed information will be available on the website.

Acknowledgments
Support for the exhibition and publication “MASK. In Present-Day Art” at the Aargauer Kunsthaus has been provided by the Aargau Art Association, the Swisslos-Fonds of the Canton of Aargau, Neue Aargauer Bank and the Stanley Thomas Johnson Foundation.