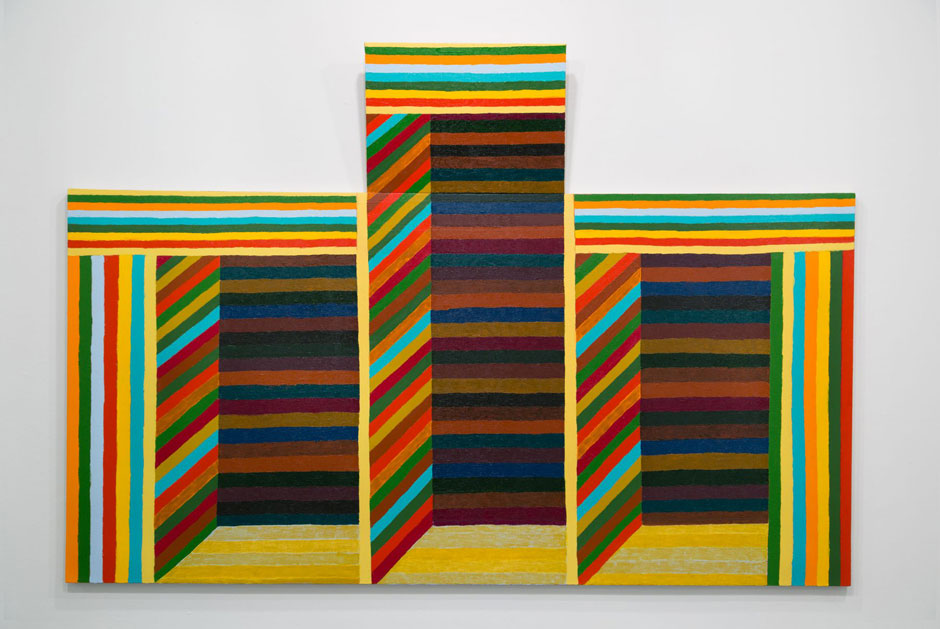 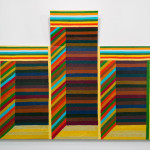 The exhibition title refers to J.D. Salinger’s “Franny and Zooey”, a novel whose themes entertain the tension between embodiment and transcendence. According to Zooey, the older brother of the distressed protagonist Franny, one can’t escape the reality of their desires, proclivities, and hankerings, and to ignore them is to waste one’s time “in this goddam phenomenal world” (F&Z, p. 167). That same tension animates these new paintings.

The work borrows from architectural and ornamental references such as altars, theater sets, and stages, all spaces that frame specific actions and actors, suggesting an interest in performativity, whether ritual or theatrical.

With a practice formerly concerned with figuration, Kleberg’s recent work offers the absence of any depicted actor. Pregnant spaces and the presence of the hand imply the possibility of the figure, and, by extension, implicate the viewer in their own embodiment. The insistent framing in all of the work, and the sculptural elements of some, reiterate that the paintings themselves are objects or bodies in space. Bright colors and repetitive marks have the hum of the rhapsodic, but their wonkiness evokes something decidedly human.

Matt Kleberg was born in 1985 in Kingsville, TX. He received his BA from the University of Virginia in 2008 and his MFA from the Pratt Institute in 2015. Recent exhibitions include Pierogi’s Boiler Room, Brooklyn NY; Honey Ramka, Brooklyn NY; Mulherin, New York NY; Cindy Rucker Gallery, New York NY; Welcome Gallery, Charlottesville VA, Miami Untitled Art Fair, Miami FL; and Morgan Lehman, New York NY. His work has been written up by WNYC, Painting is Dead, Artsy, Vice, and ArtDaily, among others. Kleberg attended the Vermont Studio Center residency in 2015 and has been a visiting lecturer at the Ah Haa School, King’s College, and the University of Virginia. Kleberg lives and works in Brooklyn, NY.