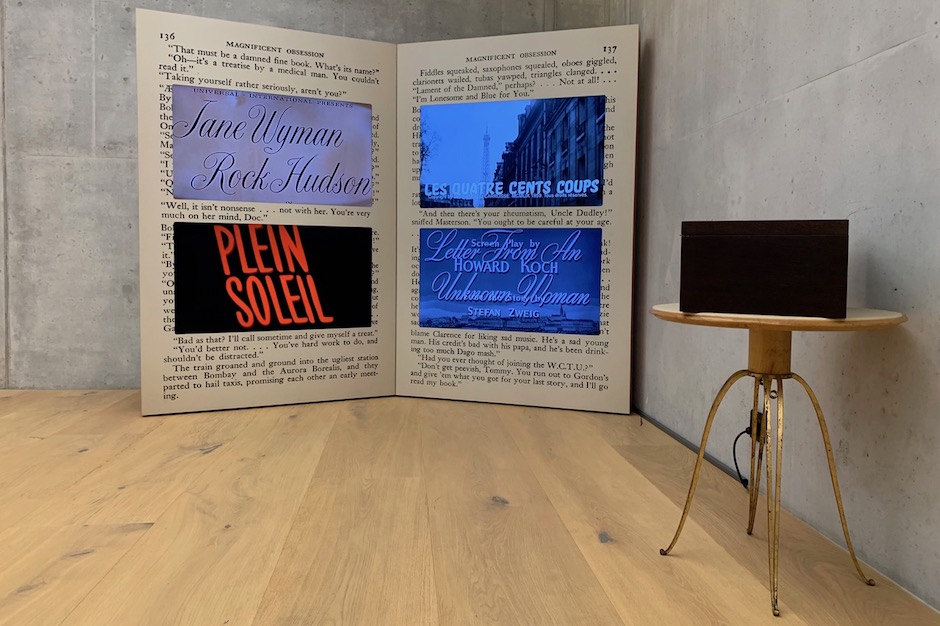 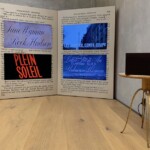 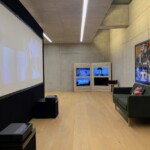 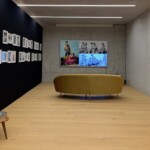 Grieder Contemporary is delighted to present a solo exhibition of Swiss film expert, artist and curator Matthias Brunner, a show encompassing four of the most iconic art installations created by the artist since 2010 until today. Reflecting his extensive knowledge on film theory and history, the works investigate the connections between film, literature and art, resulting in a series of installations that reveal the poetic possibilities of still and moving images.

For his exhibition at Grieder Contemporary, the lifelong cinephile and Swiss cinema-pioneer Matthias Brunner (best known as This Brunner) chose to display four installations that invite spectators to look at cinema from a different — and certainly deeper — point of view.

“Jayne Mansfield vs. Diana Dors” is the work that gives an image to Brunner’s exhibition at the gallery. In it, he stages a visual comparison between scenes of two cult movies stars which he considers to be the “sex bombs” of the US and Europe in the fifties and sixties, namely Mansfield and Dors. The duel between the two actresses is not only an homage to the women who dared to express female sexuality in a time when it was a taboo, but also a nod to the directors of the movies (Frank Tashlin and Jerzy Skolimowski) whose style greatly influenced the work of the actresses, and vice-versa. The text to the installation was written by famous German poet Wolf Wondratschek.

As it becomes evident in this and the other works of the exhibition, Brunner’s interest lies in investigating how influences occur in cinema and where such influences come from. The best example is Brunner’s best known work, “Magnificent Obsession”, an installation displaying an oversized book in which the artist traces the relationship between literature and film, specifically the influence of literature in the cinema of the Nouvelle Vague and in the films of certain American filmmakers such as Douglas Sirk, Jean-Luc Godard, etc. The work brings together scenes of films of the 1950s and 1960s, and deliberately shows film sequences in which the components of books are also the subject: writing, printing, reading, interpreting, a most, enchanting encounter at the library (in “Lola” by Jacque Demy), etc.

“Andy Warhol’s Blue Movie Turned Golden” and “Dream Factory Desire” are the other two works in the exhibition, and are both related to pop-art icon Andy Warhol. “Dream Factory Desire” displays an arrangement of movie stills of “Picnic”, one of the artist’s favourite movies. The rare stills which were found by the artist in Hollywood, had also been published by Andy Warhol’s “Interview” Magazine. Inspired by this, Brunner arranged them together with a double projection of the actual film over the movie stills and gave them a title that refers both to Hollywood and to Warhol’s Factory, as to the film still photographers. A profession which hardly exists anymore and had to promote “desire” to see specifically this very movie.

“Andy Warhol’s Blue Movie Turned Golden”, on the other side, was the very first work of the artist. He copied a single frame of Andy Warhol’s underground film “Blue Movie”, enlarged it to the maximum size and printed it on celluloid. The image was interesting for the artist because due to age, the colours in the original celluloid changed to an almost monochrome golden-yellow-orange, losing it’s original blue color. It was also interesting to the artist that the original title of the movie was “Fuck”, but it was changed to “Blue Movie” because of censorship reasons. While “Blue movie” still means the same: “Porn”, but sounds less “dangerous” to the censors.

With a daring aesthetic, Brunner creates works that showcase the endless possibilities of juxtaposing still and moving images, and show how art, cinema and literature are connected and draw from each other aesthetically, conceptually and thematically.

Matthias “This” Brunner (*1945, Switzerland) is a film expert, artist, curator and cinema pioneer in Switzerland. He opened Zurich’s first arthouse cinema in 1973, later becoming the director of the company managing all the arthouse cinemas in Zurich (1974-2009). He has worked on the programme committees of film festivals such as Filmex in Los Angeles, the International Film Festival in Locarno, Cinéma Tout Écran in Geneva and the Zurich Film Festival. He curated the Filmtributes for Art Basel in Basel and Miami Beach from 1993 to 2015. Over the years, he has served as a jury member at film festivals in Venice, Locarno, Zurich, Milan, Palermo, Turin and Saarbrücken.

His work “Magnificent Obsession – The Love Affair Between Movies & Literature” is part of the collection of the Kunsthaus Zürich, the Cy Twombly Foundation, the Musée pour l’écriture & la littérature and the Norman Foster Foundation.

Gallery hours Friday 11 am – 6 pm, and by prior arrangement