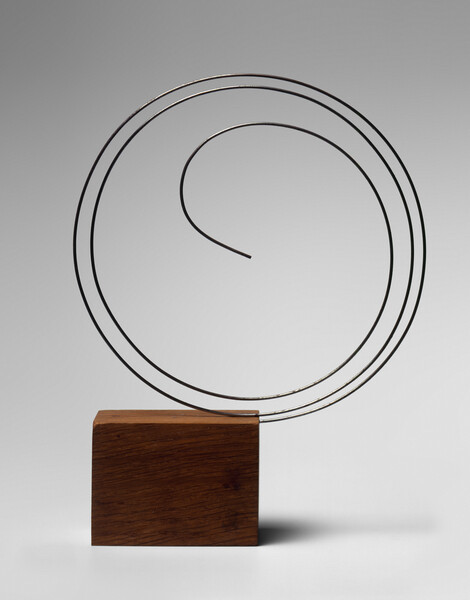 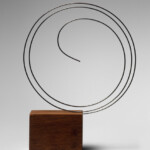 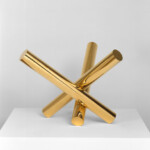 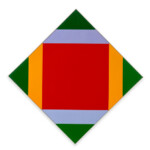 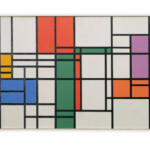 This December, the exhibition ‘space-time continuity’ at the gallery’s new space on Bahnhofstrasse 1 will examine the dialogue between Max Bill, artist, designer, theorist, writer, curator and pedagogue, and a group of his contemporaries who explored a similar territory to his own art and ideas. Many of the works on display are from Max Bill’s private collection, indicating personal friendships as well as aesthetic exchanges. ‘space-time continuity’ is a testament to Bill’s proximity with, and attentiveness to, his artist peers and shows how he was at the very centre of the conversation to develop a radical new art. The artists featured in this exhibition alongside Max Bill include Josef Albers, Hans Arp, László Moholy-Nagy, Kurt Schwitters, Fritz Glarner, Sophie Taeuber-Arp and Georges Vantongerloo amongst others.

Max Bill’s contribution stems from the way we define and describe the art on view: the precise manner he approached the use of terms such as abstract, concrete, construction, non-objective; and the relationship between art, geometry, and mathematics. At the centre of the exhibition is an extraordinary, white marble sculpture by Bill, titled ‘konstruktion aus einem kreisring’ (Construction from a Ring) (1942), which is shown alongside two- and three-dimensional works spanning from the 1940s to the 1970s, such as ‘drei linien’ (three lines) (1944-46) and ‘acht flächen gleicher grösse’ (Eight Fields of Equal Surface) (1970-1971). The exhibition offers a way to understand Bill’s own consistent journey as an artist in the context of an ongoing aesthetic conversation and exploration of form.

The title ‘space-time continuity’ refers to Bill’s as well as Vantongerloo’s engagement with mathematics, logic and physics, and with the crucial impact of Albert Einstein on their work, in particular Einstein’s Theory of Relativity (1915), which explored the link between space and time. Building on his teacher Hermann Minkowski’s geometric interpretation of relativity, Einstein united the three spatial dimensions and the fourth dimension of time and introduced the idea of the space-time continuum. Such a continuum was expressed by Bill through his moebius-shaped sculptures of endless ribbons, and by Vantongerloo particularly in his hanging works, such as ‘Ligne circulaire et cercle à rayons variables’ (Circular line and circle with changeable radii) (1946). Both artists explore the possibilities of topological form in a variety of materials. Through these shapes Bill and Vantongerloo sought to express ideas of continuity and infinity in their work, as well as exhibiting their profound interest in a changing understanding of energy, movement, cosmology and astrophysics.

Not only did Bill create his own sculptural monument to Einstein in 1979-82, he also acquired the stone threshold from the physicist’s house in Ulm, bought from the builders demolishing the building, and installed it in the garden of his self-designed Zumikon house. Such gestures indicate the perpetual interest of the artist in themes shared between art, mathematics and science. The artists included in this exhibition also testify to another kind of continuity: that of the individual dialogues, aesthetic relationships and of Concrete art through the decades.

‘The art in question can, perhaps, best be defined as the building up of significant patterns from the ever-changing relations, rhythms and proportions of abstract forms, each one of which, having its own causality, is tantamount to a law unto itself. As such, it presents some analogy to mathematics…’ (Max Bill, 1949)

Max Bill was born in Winterthur, Switzerland in 1908. Originally studying as a silversmith’s apprentice, he became fascinated with modern architecture upon encountering Le Corbusier’s ‘L’Esprit Nouveau’ at the Paris Exposition des Arts Décoratifs in 1925. After finding Bauhaus materials in a bookshop in Zurich, Bill applied and was accepted to the Bauhaus school in Dessau, studying under the guidance of such teachers as Wassily Kandinsky and Paul Klee from 1927 to 1928. The tenets of the Bauhaus, including a modern, scientific approach to colour and Constructivist form, would inform his interdisciplinary work in art, architecture, and design for the rest of Bill’s life.