Maya Bloch – Anybody Out There 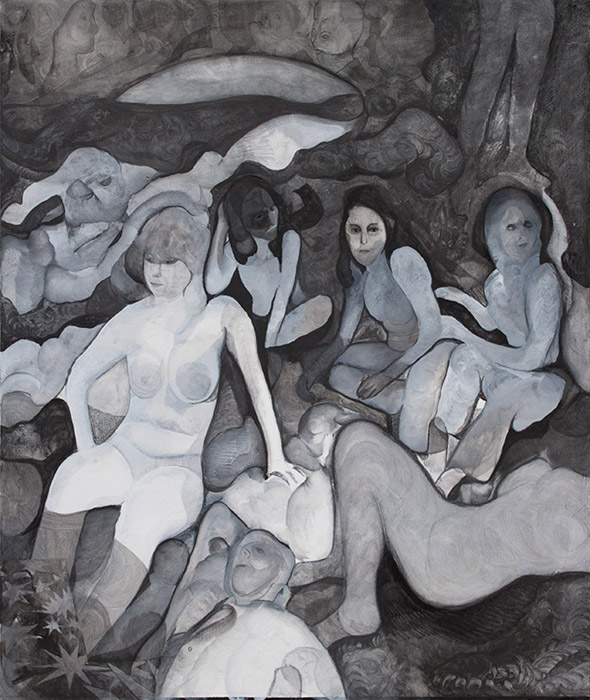 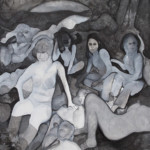 Thierry Goldberg is pleased to present “Anybody Out There”, an exhibition of new paintings by Maya Bloch, and the artist’s fifth solo exhibition with the gallery.

Often precipitated by the pose of a lone figure in a found image, Bloch’s scenes rapidly unfurl from there, with swift strokes of graphite washes evolving into bold, organic shapes. With intentionally untitled works and improvised settings that are absent distinguishing details, the artist proffers a Rorschach test of sorts. Rather than impose a strict interpretation, Bloch’s paintings serve as prompts for viewers to decide setting and tone.

Even with that open-ended freedom, it would be hard to ignore the somber shades that populate the paintings. Figures dot the canvas, with features in various stages of resolution, and look longingly into the distance, or, in challenging contrast, directly at the viewer. Formed as if from a daydream or a memory, the characters in Bloch’s tableaux seem strikingly familiar, but appear to dissipate out of thin air.

Keenly scouring in progress compositions for new forms, the artist quickly turns abstract outlines into human faces – and back again just as fast – “I’m not afraid to start over,” she says, regarding her approach to covering large swaths of canvas in gesso. Like the apparitional persons that populate Bloch’s canvases, the previous paintings are seemingly gone, but traces of their past live on in the present, as ridges and sections of former washes resist being completely concealed by their successors.