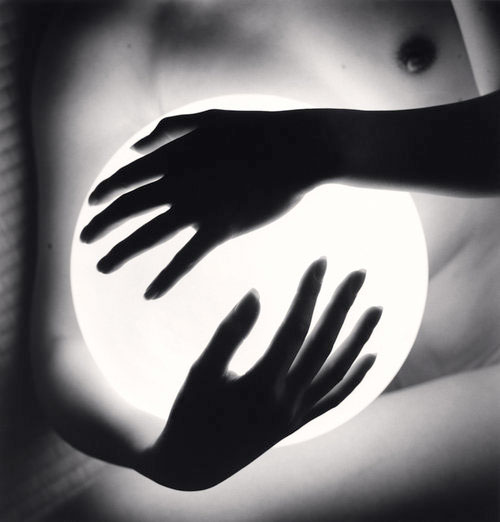 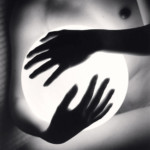 After decades of traveling the world, exploring wild and natural locations, from Europe to Asia, as well as industrial zones, abandoned buildings and religious shrines, Michael Kenna debuts an unprecedented series of female nudes made in Japan. Robert Mann Gallery presents, “Rafu” (裸婦), the Japanese word for unclothed female, a woman in the nude.

“I approach photographing the female nude, very much as I approach the landscape, with absolute respect and admiration,” Kenna says, “In the landscape I search for subject matter that resonates with me. I am interested in the relationships, juxtapositions, even confrontations between the natural elements and the structures that we humans have formed. It is not so different when I photograph the nude. I look for the individual characteristics in bodies, their shapes and uniqueness. I explore their relationships to the environments where we are photographing.”

The project secretly started in 2008, although his interest in nude photography dates back to his years at the London College of Printing in the 1970’s. Michael Kenna allowed models, none of whom were professional and some even posing naked for the first time, to express themselves by finding interesting poses and angles. He treated every shoot as an impromptu event, something of a wordless dialogue between model and photographer as he captured graceful images, devoid of eroticism through tight shots on different parts of the body.

The representation of the nude has a history of exceptional richness in the arts through centuries of painting, drawing, sculpture, printmaking and photography. Michael Kenna views both the historical and contemporary creative representations of the nude as open invitations to explore this aesthetic challenge, finding subtle curves and lines inspired by artists like Bill Brandt and Man Ray. “Much like the philosophy of Japanese haiku poetry,” Kenna says, “I emphasize suggestion rather than description. A few elements can evoke a whole world of imagination. A small amount of tangible subject matter has infinite possibilities. Drama is often increased, deep shadows can appear, light sources may appear surrealistic.”

A retrospective of Michael Kenna’s work, “A 45 Year Odyssey, 1973-2018” exhibition, recently opened at the Tokyo Photographic Art Museum (TOP), Tokyo, Japan. He was awarded the Special Photographer Award in Hokkaido, Japan in 2016. His work has been shown at the Tacoma Art Museum, 2012; Moscow Museum of Modern Art, 2011; Palazzo Magnani Museum in Reggio Emilia, Italy, 2010; and Bibliothèque Nationale de France in 2009. Kenna’s photographs are included in many public collections including the National Gallery of Art, Washington, D.C.; the San Francisco Museum of Modern Art; the Shanghai Art Museum; the Tokyo Metropolitan Museum of Photography; the Museum of Decorative Arts, Prague; and the Victoria and Albert Museum, London. A book on the series Rafu will be published in late November 2019 (Nazraeli Press).

Born in Widnes, England in 1953, Kenna currently lives and works in Seattle, Washington.