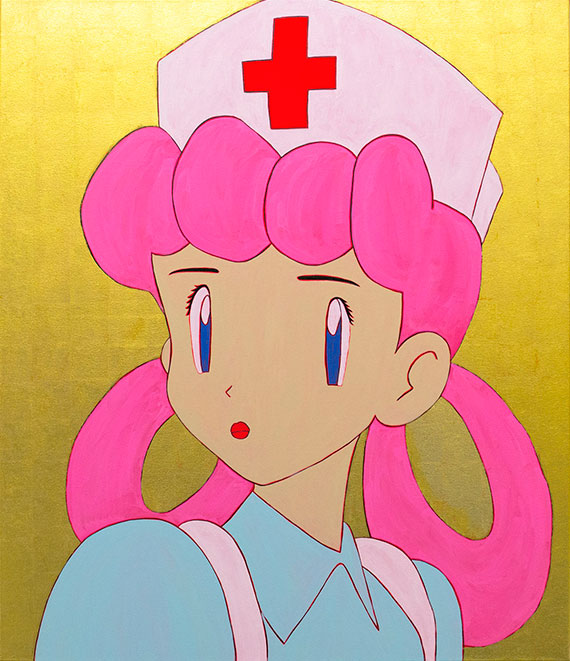 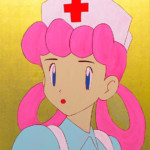 Thierry Goldberg is pleased to present “Hollow”, a solo exhibition by Michael Pybus, the artist’s first with the gallery.

Known for his sampling of visual languages, Michael Pybus remixes the worlds of high art and high fashion in HOLLOW, which features an environment of paintings, objects and sculptures.

By pulling readily familiar commercial imagery from recognizable corporate brands and consumer merchandize, Pybus spotlights the immense sway these goods can have over our lives, as well as their inherent vacuity, whose meaning is often only bestowed by the marketing associated with them. The artist blatantly renders and reconfigures famous artworks in new environments – Andy Warhol’s “Shot Marilyns” amid IKEA furnishings, for example – and in turn rebrands them as Pybus products, tying them into his personal identity.

Part of the gallery has been transformed into a walk-in closet-cum-retail display installation, replete with handbag and shoe sculptures on display shelves. Channelling both Sex and the City and Takashi Murakami’s incorporation of a deluxe boutique into a formal exhibition, Pybus’ works feature nods to couture products and cartoon characters, as well as a more recent fashion and fine art collaboration between luxury brand Louis Vuitton and artist Jeff Koons, where bags were gaudily adorned with works by renowned artists like Titan and Van Gogh. Here Pybus has emblazoned his own surname over the Mona Lisa in lieu of “Da Vinci,” using his artistic identity to comment on corporate sponsorship and the traditions of Old Master patronage.

In the gallery’s main space, amid shimmering 24ct gold and silver leafed paintings, Pybus has created facsimiles of Carl Andre’s seminal Minimalist ‘Equivalent’ works from 1966 which comprise of 120 fire bricks arranged in various geometric configurations. Developed concurrently with Pop Art, Minimalism operated in contrast to a culture of hyper abundance, but now finds itself co-opted into commercial design aesthetics – reflected in everything from iPhones to sleek Modernist interiors – that have come to symbolize exclusivity. Pybus’ reimagined brick sculptures can be seen as stylized rubble left over from a world gone awry whilst simultaneously serving as makeshift plinths for his assemblages of dismembered arms adorned in watches. A pairing inspired by the formulaic displays of conspicuous consumption on the media feed of Rich Kids of Instagram where people post images of their many luxury watches dangling from the palm of their hands.

Michael Pybus (b. 1982, Darlington, UK), currently lives and works in London, UK. He holds a B.A. with honors in Fine Art from Goldsmith College and an M.A. in Sculpture from the Royal College of Art in London. Upcoming solo exhibitions include Carl Kostyal, London and Tatjana Pieters. Gent. He has previously had solo exhibitions at Depart Foundation, Los Angeles; Evelyn Yard, London; Johannes Vogt, New York; and Jonathan Hopson, Houston; among others. Group exhibitions include Castor Gallery, New York; Plus One, Antwerp; The Dot Project, London; Galerie Gabriel Rolt, Amsterdam; and Transition Gallery, London; among many others. His work has been written about in Don’t Do It magazine and Artsy.