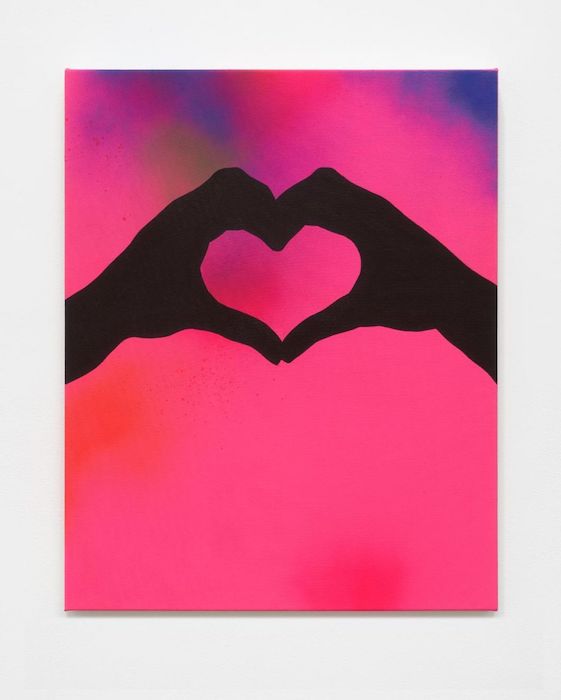 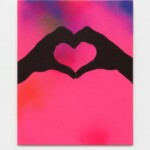 In the years since the 2016 election, Michael St. John has been making paintings of identical format and widely varying subject matter and medium as part of his “Democracy” series. This body of work manifests themes of documentary long central to St. John’s practice, filtering culturally significant and insignificant flotsam to aggregate an American iconography well-versed in prosaic violence. The impulse to collect and record is reflected in the artist’s active chronicle of the revolving door of news and history, a sustained accounting of cruelty and indifference as filtered through the impulse-buy products and magazines of a CVS checkout line. Democracy, as rendered in this series of paintings, is not reduced to a cynical indictment of plutocratic winner-take-all politics, but a complex, panoramic, and evolving national portrait as pictured from the margins.

In an essay on the artist, Christian Rattemeyer contextualizes his work in relation to Richard Hofstadter’s term “the paranoid style,” “an encompassing philosophy of exceptionalism and moral absolutism laced with violence, sexual energy, and renegade redemption. [It] reared its head at a time when St. John was coming of age-during a period of genuine social change, and unrest, the civil rights movement, and a period of political assassinations.” This background is accompanied by a deep engagement on St. John’s part with the Ashcan school and legacies of Pop art. Working from this standpoint, his American portraits frequently center on those surviving on the slimmest of margins and wrung for the vastest of profits. His choice of materials always carries with it questions of class, value, and waste, subject matter filtered through the dross of mass culture; yellow press and bargain bin ephemera built for quick turnover and routine consumption. Rather than resulting from repeated acts of appropriation, St. John’s work can be understood as directly coextensive with infinite streams of publicity and media. This process reflects a broader cultural change, a mediatization of reality wherein, as Niklas Luhmann describes it, “the observation of events throughout society now occurs almost at the same time as the events themselves”.

In a truly representative form, “Democracy” accounts for the good, bad, and ugly, acknowledging the influence of both Anna Wintour and Tony Soprano in the cultural pantheon. The project does not attempt an encyclopedic accounting, and the gaps between St. John’s “entries” prove among the most evocative and disquieting aspects of the series read as a whole. Alongside Pokémon Go and Colonel Sanders, art historical references figure into many works. Tapping into the timeless melancholy of Felix Gonzalez-Torres’ “Untitled (Perfect Lovers),” St. John’s “Democracy (September Eleventh)” is a spare and aching painting of two analog clocks whose hour and minute hands record the moments the twin towers were struck, rendering the matter-of-fact and the unutterable.

Trompe l’oeil is a recurring trope throughout the artist’s practice, often employed directly alongside collaged material to collide fiction and non-fiction. Their competing and overlapping presence describes the central role of mimesis within his work, with imitation and the thing itself positioned as discrete but not mutually exclusive means of representation. St. John’s efficient and deft faculty as a painter is equaled by the masterfully stark formal reduction with which he isolates and strips bare symbols and imagery. The exposed and blunt charge of his paintings is disarmingly forthright; without the mediation of context, the latent and violent ideologies embedded in the material are laid bare and made confrontational.

St. John has shown his work extensively over the past thirty years in museums, alternative spaces and galleries throughout the United States. Although he’s known primarily for his four exhibitions at the Andrea Rosen Gallery, other notable shows include those at Karma, Marlborough Contemporary, Edward Cella in LA, CCS Bard, The Rubell Family Collection, The Weatherspoon Art Museum, Andrew Kreps and Feature Inc.. This is the artist’s third solo show at Team, having shown here previously in 1998 and 1999.